Relics of Otara Reef. - We have had an opportunity of seeing the negatives taken by Mr Henry, photographer, of the remains of several of the passengers and crew of the Tararua. These exhibit fearful traces of the violence of the surf to which they have been exposed, and it is no wonder that Mr Henry was noways loth to cease his operations. In addition to these he has secured negatives of the beach opposite the wreck, with the chief mate and one of the seamen standing among the debris. As showing the violence of the surf on the fatal night, Mr Henry was able to place his camera at highwater between the edge of the surf and the debris in order to get this view. The wreckage, he thinks, was thrown 20 yards higher on the beach than the edge of the surf as it appeared at the time of his visit. Other views are those of the boat which came ashore with the first mate in charge, and also the police engaged in diving under the lee of the cabin doors of the lost steamer. Mr Henry says that he had to work under great difficulties. The high wind was very troublesome; water was scarce, as evidenced by the fact that, he had to content himself with one bucketful for all his operations, an attempt to use a waterhole in his processes resulting in the destruction of a fine negative. The results of his journey were placed before the public on Saturday evening last. He has also brought with him a relic in the shape of the "curl" of the cabin stair rail of the ship. Small as this is it is split, and the iron straps used for strengthening it torn asunder.
Southland Times, Issue 4013, 9 May 1881, Page 2
Southland Times , Issue 4133, 28 September 1881, Page 3 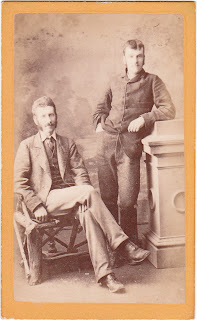 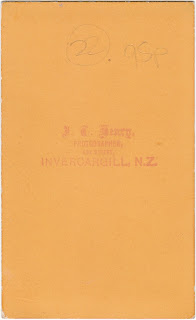 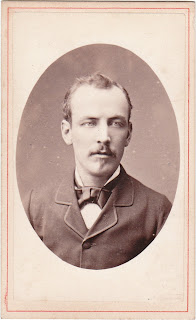 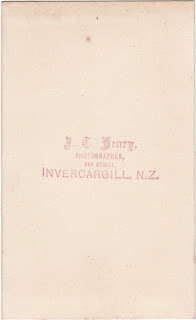 Henry — Rochfort.- On the 24th September, at All Saints' Church, Dunedin, by the Rev. A. R. Fitchett. M.A., Joseph Thompson Henry to Annie Gertrude Rochfort.

On Sunday evening last the house of Mr Henry, photographer, Eden street, was entered by burglars, who effected an entrance through a window. Mrs Henry was out at the tune, but on her return about dusk she saw a light in the house, and thought that Mr Henry had returned. To her surprise, however, she found the house occupied by three men, who appeared to be holding a consultation as to the next move. On seeing this Mrs Henry ran down the street, and fortunately met her Husband, the two returning to the house. The men, however, had decamped, having taken nothing. The meat safe at the Imperial Hotel was also broken into on Sunday night, and a supply of food extracted.
North Otago Times, Volume XXXIII, Issue 6815, 13 August 1889, Page 2 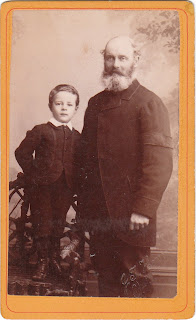 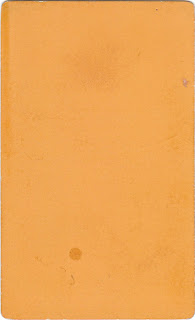 
Posted by Early Canterbury Photography at 1:40 AM