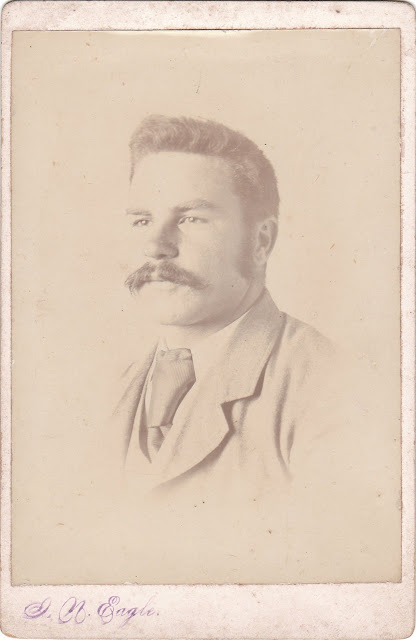 
Mr William Eagle, an old and esteemed resident of Kaiapoi, who died at his residence, "Hillbro," Cam road, Kaiapoi, on Saturday last, aged 83 years, was born at Hillsborough, Norfolk, England, in 1843.

He came to Lyttelton in the ship Waipa in 1876, and directly afterwards settled in Kaiapoi. Being apprenticed to an agricultural machinery firm in England, he soon found work in connexion with agricultural machinery among farmers of the district until 1899, when he commenced business as a builder and contractor on his own account.

Mr Eagle served for several terms as a member of the Kaiapoi Borough Council. He was always entrusted with the supervision of anything in his line of work. He assisted in carrying out most of the tree planting done by the borough in the early days, the belt of poplar trees along Sidey quay being planted by him.

He was connected with the Lodge of Oddfellows since 1863, and became attached to the Loyal Kaiapoi Lodge on his arrival in New Zealand, and was a devoted and enthusiastic member of the Salvation Army for the last 36 years.

In 1869 he was married to a daughter of Mr J. Nickles, of Cockley, Clye, England. Mrs Eagle died in 1888, leaving one son and three daughters, and also a number of grandchildren and three great grandchildren.

The funeral, which was largely attended, took place at the Kaiapoi Public Cemetery yesterday afternoon, four grandsons of the deceased acting as pallbearers. The service at the graveside was conducted by Lieutenant Colonel Kirk of the Salvation Army, Wellington, assisted by the local officers. Mr G. Meneer, of the Oddfellows' Lodge read the Oddfellows' burial service. A number of beautiful wreaths was received, including tributes from the grandchildren residing at Mokauiti, Waimate, and Christchurch. 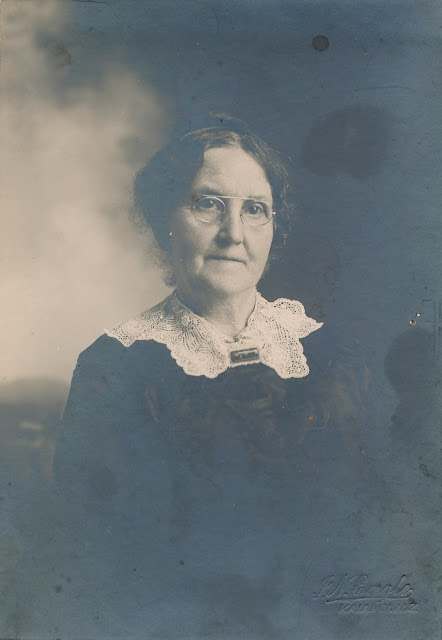 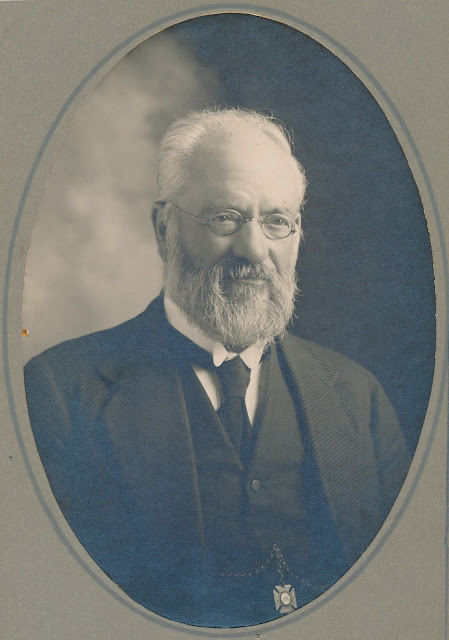 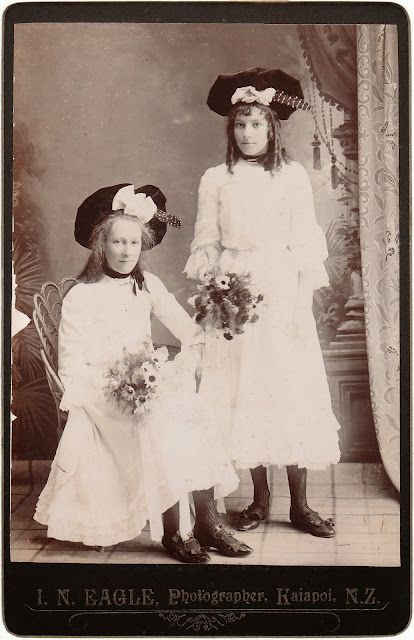 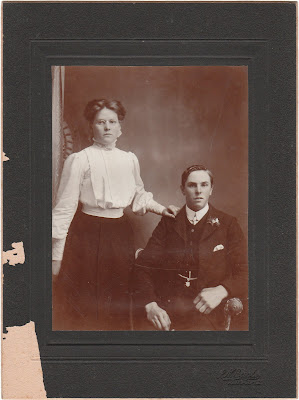 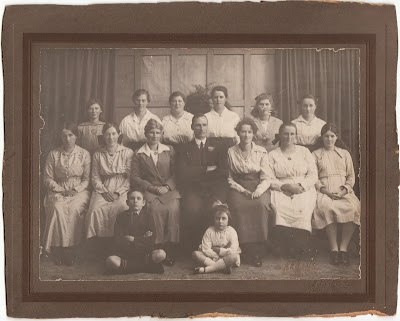 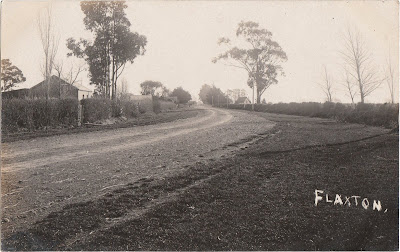 Flaxton showing the church in background
by Isaac Nickles Eagle 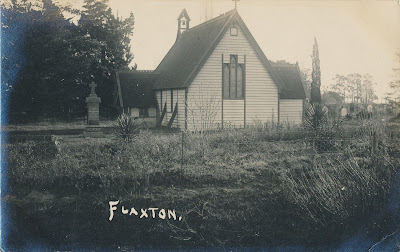 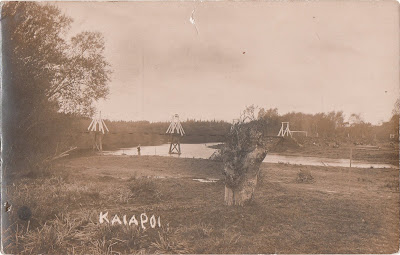 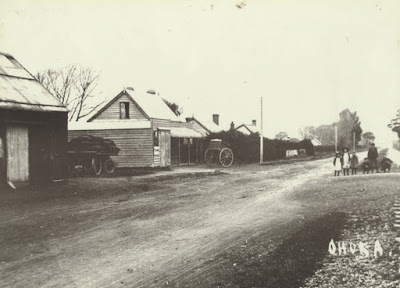 Ohoka by Isaac Nickles Eagle
Ohoka showing from left one of the blacksmith's shops, alleyway leading to the Miniature Rifle Club site, the store and P.O. and small houses (the latter two still inhabited by families). Further along Mill Road on the right is a gum tree still standing in the old Eyre Co. Council Office site. Family pictured are facing the Hotel and Baker's shop now the Ohoka Service Station owned by Richard Hamilton and his sons, Edward and John. 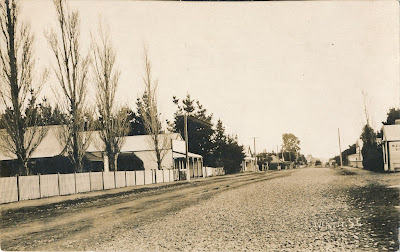 Posted by Early Canterbury Photography at 12:59 AM

He was my Grandfather on my fathers side,He died when I was only five,so have not many memories of him.