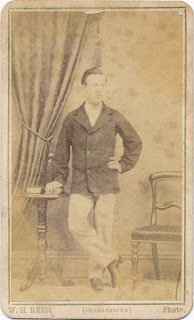 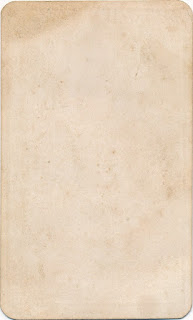 A social tea meeting of the teachers and elder scholars of the Grahamstown Wesleyan Sunday-school was held last night in the Grahamstown schoolroom, After the mere formal business of the meeting, a presentation, consisting of the photographs of the young women's Bible-class, suitably mounted and framed in mottled kauri, was presented to Mrs Joseph Turner, who is leaving for Christchurch. A suitable address, was read by Miss E. Keven. Mr R, French, superintendent of the school, on behalf of Mrs Turner, acknowledged the gift. The photographs, which made a splendid, picture, were from Mr W. H. Reed's studio...
Thames Advertiser, Volume VIII, Issue 2238, 31 December 1875, Page 2

We have seen a very good photograph of the oil painting done by Mr Calder of Paeroa, of the Gorge and the Ohinemuri river. The photograph is the work of Mr W. H. Reed, and gives an excellent representation of the picture, being about 8 inches by 6. The details are truthfully set forth, as is also the back ground, and it is an excellent work of photography, and much credit is due to Mr Reed. We hear that a copy of the picture will be given to every subscriber to Mr Calder's Art Union, whether he be successful in drawing the big prize or no, so that subscribers will have something for their money.
Thames Star, Volume VII, Issue 2513, 25 January 1877, Page 2

Mr W. H. Reed, the talented musician and photographer, has left for Auckland, where he has entered into business as a musical instrument dealer.


Our Auckland telegrams announce the death yesterday of Mr W. H. Reed, photographer and musician, late of the Thames, from an attack of dysentery. Mr Reed had only recently left Grahamstown to enter upon the business so long conducted in Queen-street, Auckland, by Mr Turrell. He was to have paid a visit to the Thames yesterday, in order to dispose of the remainder of his property here, and the auctioneer entrusted with the sale of the same was startled to learn that his sudden death had succeeded an attack of dysentery yesterday afternoon. Mr Reed established himself in business in Shortland-street, Auckland, as early as 1863, as a photographer, and when the West Coast Goldfied attracted its thousands he proceeded there, and was a successful musician and hotel keeper there during the palmy days of the Coast, and until a destructive fire deprived him of everything.

A few years later be joined his father and brothers at the Thames, where he remained until about the end of last year, when he left with his brothers and Miss Leaf (now Mrs Reed) on a tour round the North Island. Whilst away be married the popular vocalist, and on returning to the Thames settled down in his old business, but only for a short time. An opening presenting itself, in Auckland he removed there only a few weeks ago. The news of his demise will be read with deep regret by a large circle of friends at the Thames, and elsewhere throughout New Zealand.


A painful feeling was caused on Wednesday night by the circulation of the report that the relatives of Mr W. H. Reed had received a telegram stating that he was dead. The news proved to be true. Yesterday's Herald contains an obituary notice of Mr Reed's death, but beyond that he died "on October 23, at the residence of his father-in-law (Mr Robert Leaf), Parnell," no particulars are given. Mr W. H. Reed was well known on the Thames as a photographer, and as a musician and singer of ability, possessing talents of a versatile character, and being especially happy in hitting off local topics in songs of his own composing. Only a few weeks ago Mr Reed purchased a business in Auckland, and at the time of his death a notification appeared in our contemporary's columns stating that he was about to visit the Thames on business. His death was very sudden - after a few days' illness, we understand,and the cause was an acute attack of dysentery. Mr Reed will be much missed in a large circle of acquaintances. Whether in entertainments of his own as a professional, or when giving his services in the cause of charity, he was always appreciated, and his unexpected demise will be sincerely regretted by all who knew him, and by none more than those for whom he has so often exerted his powers in this district. Mr Reed was to be buried to-day, and as he was a member of Lodge Sir Walter Scott, members of the different lodges in Auckland were invited to attend the funeral.

Mr. Frederick Reed has died at his home at Mount Eden. He came out from Home in the ship Dura when he was 11 years old and settled at Mangapeehi. Later he resided at Greymouth and Thames. Mr. Reed was a member of the Thames Scottish Band and afterwards of the Auckland Garrison Band. He also had many other musical associations. Mr. Reed is survived by three daughters, Mesdames A. E. Dalton (Mount Eden), W. E. Matthews (Epsom), Miss L. Reed (Mount Eden), and one son, Mr. W. G. Reed (Takapuna).
Auckland Star, Volume LXVII, Issue 101, 30 April 1936, Page 15

Posted by Early Canterbury Photography at 1:20 AM