Photography.— We notice that Mr G. H. Daley has prolonged his stay in Wanganui for a limited time, previous to a tour of New Zealand for a collection of views. We have been shown a quantity of portraits of the townspeople, taken in a style worthy of the best Melbourne artistes, and indeed those anxious to have their faces and forms perpetuated should lose no time in visiting the studio.
Wanganui Herald, Volume IV, Issue 959, 13 September 1870, Page 2 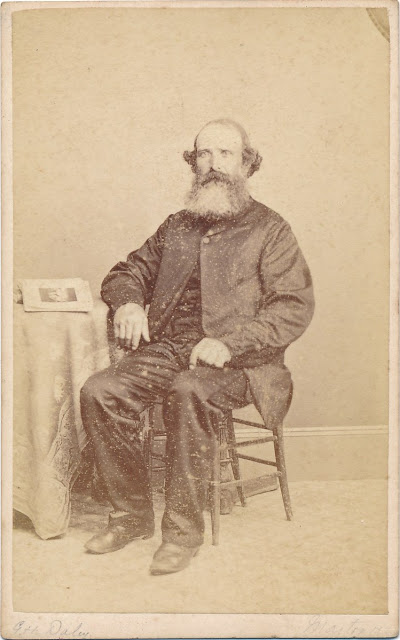 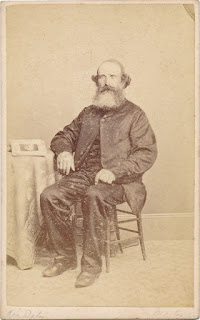 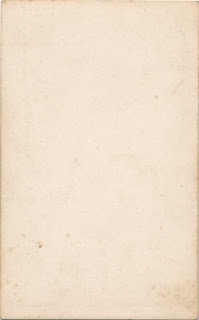 above - a carte de visite by G. H. Daley, Marton

Photography.- We were shewn to-day by Mr G. H. Daley a collection of photographic portraits, tastefully arranged in a rosewood and gilt frame. The first glance at the collection gave us a favorable impression, which was not diminished by a closer inspection. The portraits have been most carefully taken, the features of each subject shewing out with a clearness and distinctness only seen in portraits taken at first class studios. Wanganui people forming the subjects also added to the conception of the merits of Mr Daley's skill, the faces being so familiar any defect, was the more noticeable. Mr Daley having graduated at one of the best studios in Melbourne it is not, after all, surprising that he should, with the aid of clear Wanganui weather turn out such excellent specimens of the photographic art.
Wanganui Herald, Volume IV, Issue 1054, 24 December 1870, Page 2

Photography.— Mr G. H. Daley advertises that he will visit the Patea and Waihi districts professionally. We should think Mr Daley will receive a fair amount of patronage from the inhabitants of these townships, who have not had the same opportunities of participating in this useful adjunct to civilization, as their more favored Wanganui friends.
Wanganui Herald, Volume IV, Issue 1244, 6 October 1871, Page 2

Posted by Early Canterbury Photography at 8:02 PM No comments:

The studio of photographer Cæsar Anthony Zambra was at "Oriental Cottage" in January 1867. 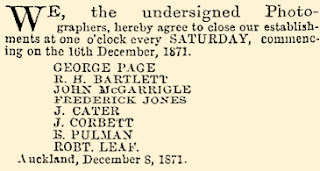 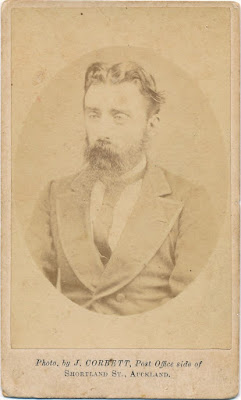 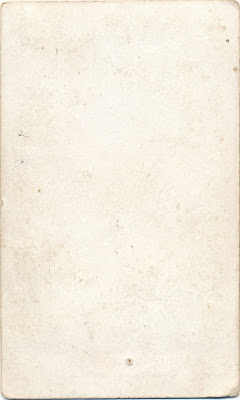 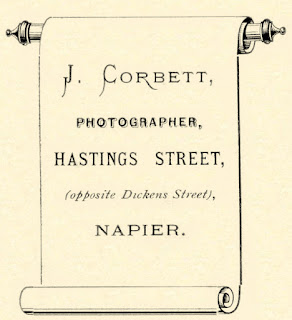 We are requested to inform members of the Artillery Company that Mr Corbett, photographer, is now ready to take portraits of the members for the shield proposed to be presented to Major Withers. The shield is very handsome in design, and will, no doubt, be much appreciated by the Major.


The shield containing the portraits of the members of the Napier Artillery Volunteers, which is intended to be presented to Major Withers, is now ready, and may be seen at Messrs Colledge and Craig's, Hastings-street. The photographs have been capitally taken by Mr Corbett, and the whole is very tastefully decorated.
Hawke's Bay Herald, Volume XXI, Issue 5221, 4 November 1878 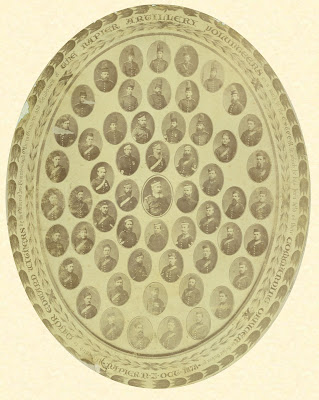 Presented to Major Edward Withers by the Officers, Non-Commissioned Officers and Bandsmen of the Napier Artillery Volunteers as a mark of the Esteem in which he has been held as their Commanding Officer for the last thirteen yrs, Napier, N.Z. October 1878.
56 portraits, 145mm x 190mm
by James Corbett
[purchased August 2020] 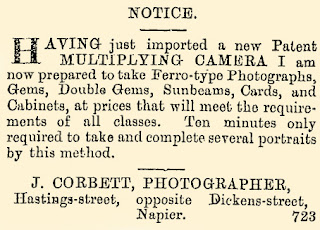 James Corbett, of Napier, photographer, declares his inability to meet his engagements with his creditors, who hold their first meeting at the Court House, Napier, on Thursday, 20th instant.
Daily Telegraph, Issue 3847, 15 November 1883

A number of large photographs of members of the Polk and Pomeroy companies, displayed in the shop windows of Messrs Hardy and Sidey, Hooper, Cooper, &c., attracted a great deal of attention on Saturday night. They were exhibited as specimens of the work of Messrs Cazneau and Connolly, of Wellington, and more beautiful specimens of the photographer's art we have never seen. A novelty in the form of "statue" photographs shows the figure in shaded white, like a photograph of a marble statue on a black back ground. The large "panel" size pictures are particularly handsome, and some of them are taken with a half Rembrandt light — an effect very difficult to get. The general finish of all the pictures is admirable. Messrs Cazneau and Connolly intend to open a branch busibusiness [sic]  in Napier, and Mr Besse, their manager, has been in town during the last two days and has taken Mr Corbett's old studio, which is being enlarged and refitted so as to enable the same style and quality of work to be produced here. Mr Besse came from San Francisco under engagement to the firm, and he brought with him all the most modern American appliances — and the Americans admittedly take the lead in photographic work. Since his arrival some four months ago the business of Messrs Connolly and Caznau [sic] has taken rapid strides, thanks to the very superior style of the photographs they are now producing. The firm's best advertisement is a display of their work.
Hawke's Bay Herald, Volume XXI, Issue 6755, 14 January 1884 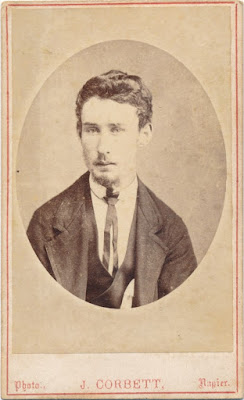 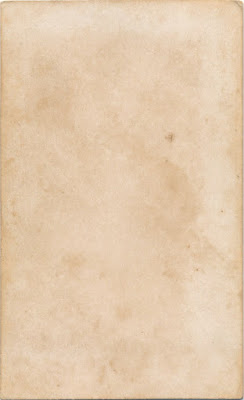 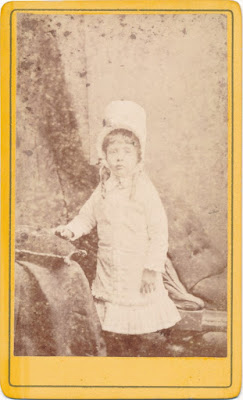 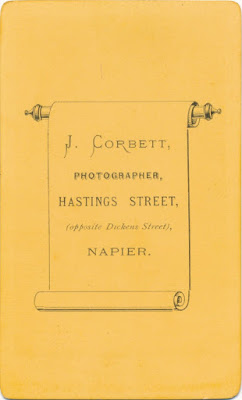 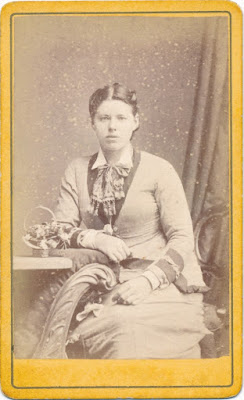 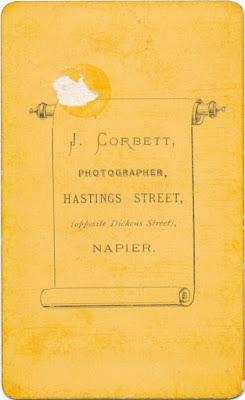 Obituary
We regret to announce the death of Mr. James Corbett of Napier, who died yesterday morning at the age of 87. Mr. Corbett arrived in Napier in 1874, and was verger at St. Johns Cathedral for the past 20 years. He was a marine engineer by trade, and had seen service in the Crimean war as well as having taken part in fighting in various countries. He also rendered valuable service during the Maori war. The deceased leaves a widow, a daughter (Mrs. K. L. Smith) and two sons (Messrs. E. J. and W. Corbett).


Posted by Early Canterbury Photography at 3:37 AM No comments: 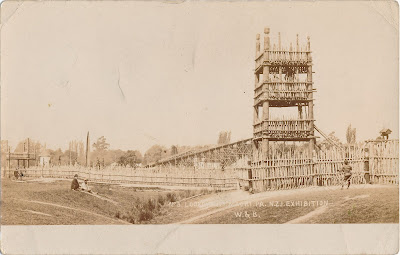 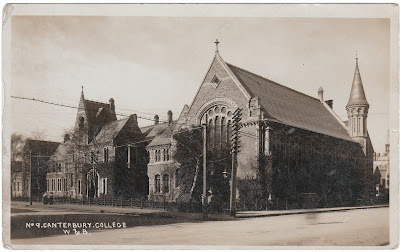 no. 9 - Canterbury College
Postcard by Wrigglesworth and Binns 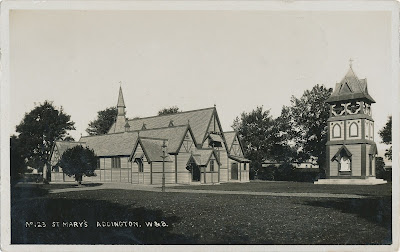 no. 23 - St Mary's Church, Addington
Postcard by Wrigglesworth and Binns 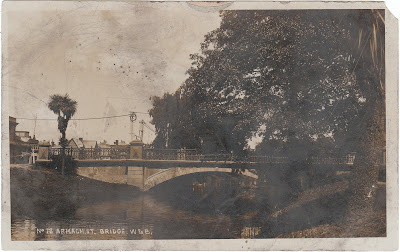 no. 78 - Armagh Street Bridge
Postcard by Wrigglesworth and Binns 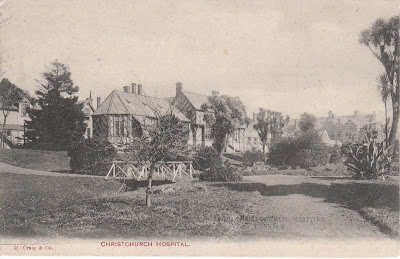 Posted by Early Canterbury Photography at 12:30 AM No comments: