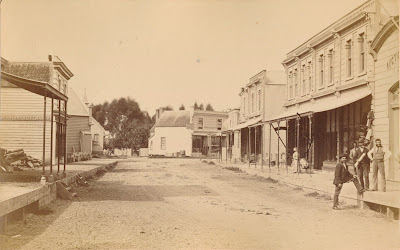 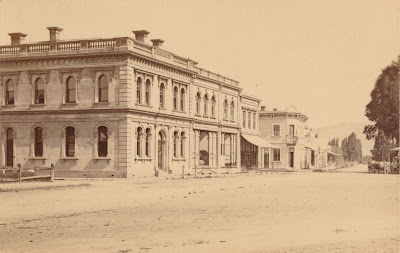 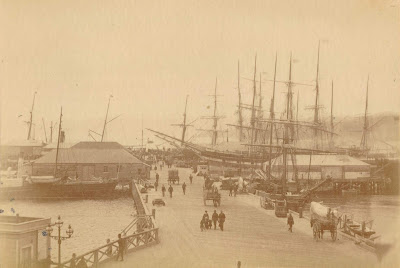 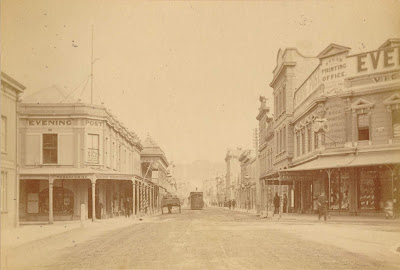 Posted by Early Canterbury Photography at 1:23 PM No comments: 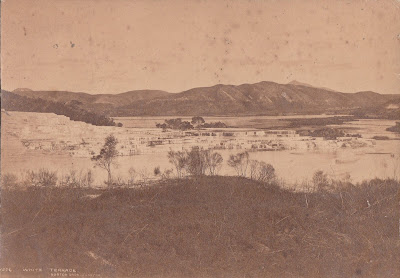 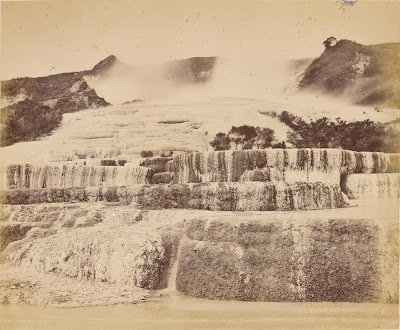 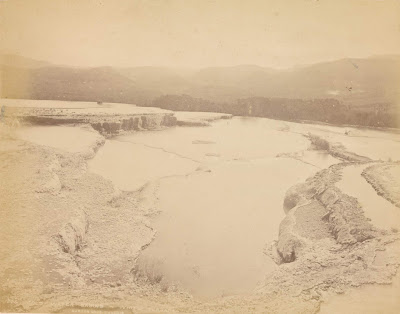 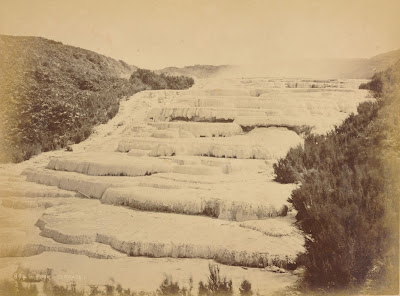 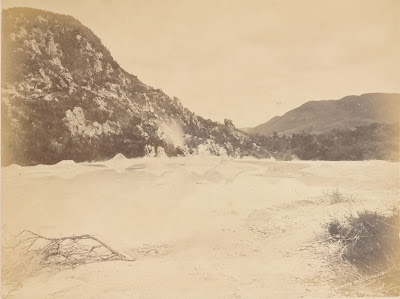 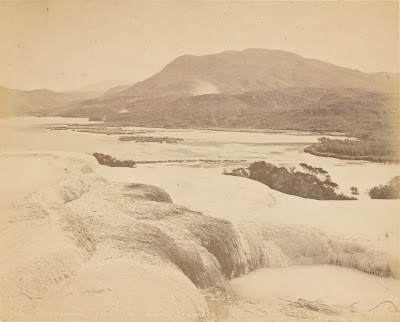 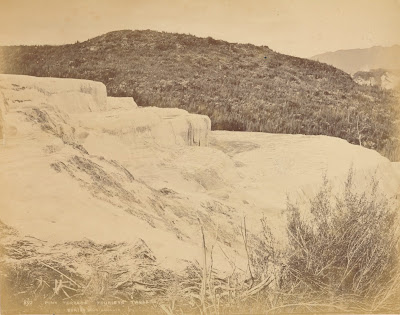 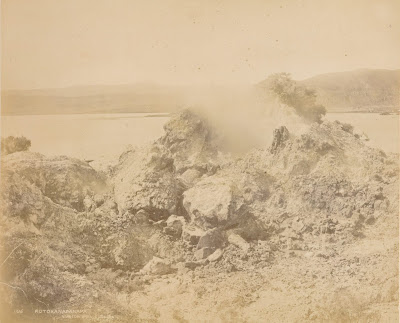 The Land of the Golden Fleece by George Augustus Sala.XXIV.—The Hot Lakes: The Pink Terrace

...There were other wonders to be explored ere we crossed the lake to the Pink Terrace; but I own that the continuous sight of craters, gullies, and crevices ejecting boiling water or boiling mud was growing slightly monotonous, and that I was glad to have some of the sight-seeing on this side of the lake done by deputy. There is the small valley of Rotokanapanapa, a mud flat dotted with mud cones and pitted with boiling mud holes. The mud is, as a rule, ashy grey in colour, although it occasionally assumes other hues. Pink mud and blue mud sometimes occur. It has an unpleasant habit while boiling of spluttering forth mud flakes perilous to the integrity of the bystander's flesh. From one fissure came such volumes of steam and such a demoniacal roaring that the place has been called the Devil's Hole; and from this horrible abyss you come to a pool of water of a vivid green colour called Rotopounamou.
New Zealand Herald, Volume XXIII, Issue 7561, 13 February 1886 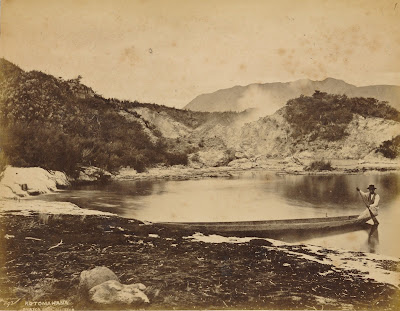 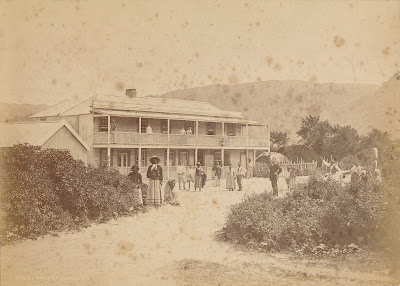 3849 - Wairoa Hotel
Burton Brothers, Dunedin
Depicts McRae's Hotel (Rotomahana Hotel) at Te Wairoa, prior to the 1886 Mount Tarawera eruption.  There are about twenty people scattered in front of the hotel and on the first floor verandah.  Some of them has been identified - the owner, Joseph McRae (man in suit, to right of centre); to the left of him, Aporo Te Wharekaniwha (with beard, tie and braces) and Ngareta. 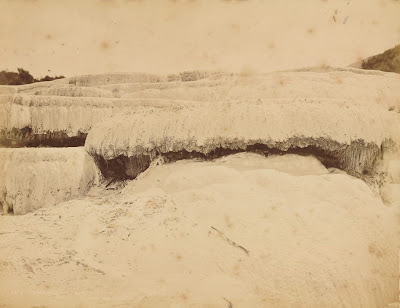 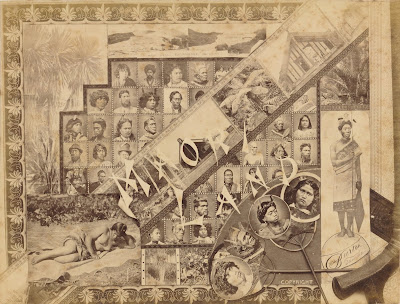 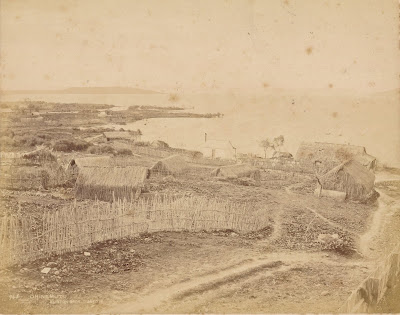 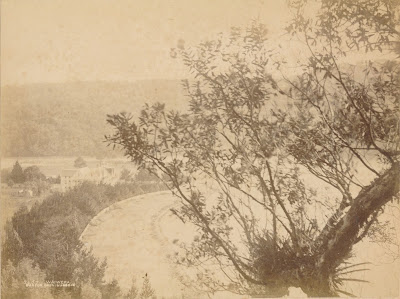 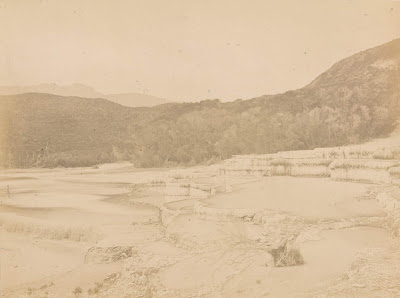 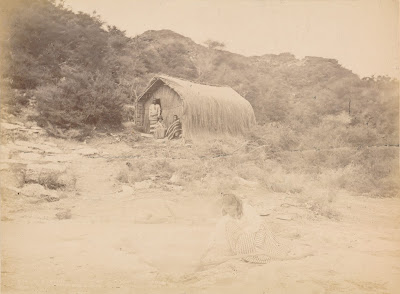 Posted by Early Canterbury Photography at 10:38 PM No comments: