Mr W. J. Clarke
Mr William John Clarke, whose death occurred at his home, Lynn street, on Friday, after a prolonged illness, was also a well-known resident of the town. He came to Oamaru from Waimate, and established the photographic business known as The Dainty Studios, in Thames street. He built up a prosperous business, and on his retirement a few years ago he disposed of it to Mr J. Robertson. He was a popular member of the Meadowbank Bowling Club.
Otago Daily Times, Issue 24860, 9 March 1942 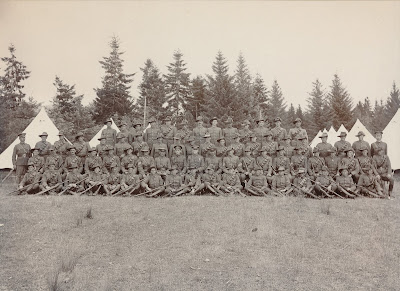 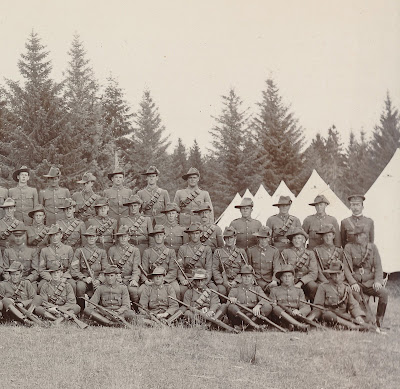 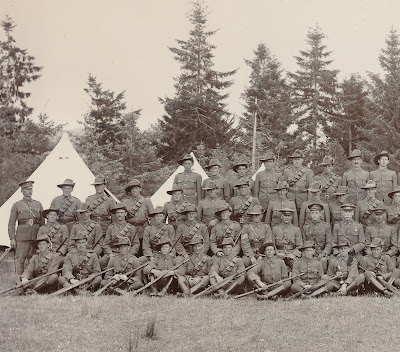 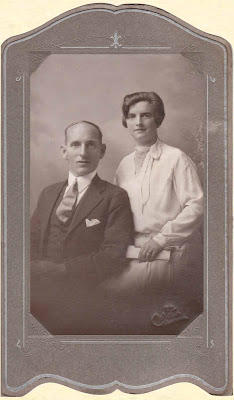 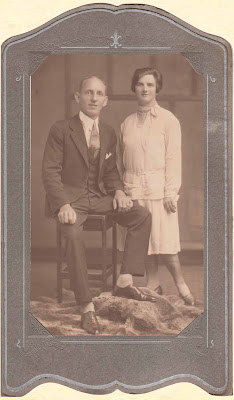 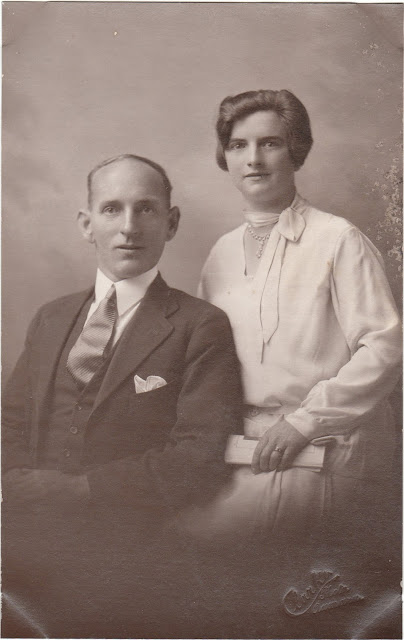 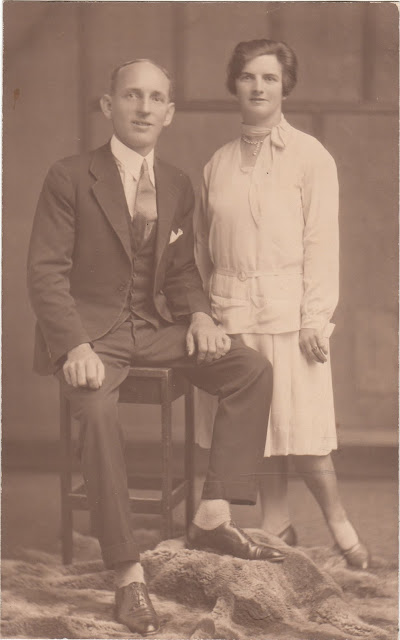 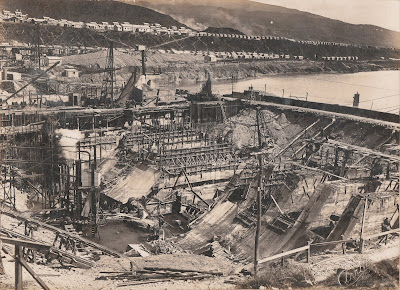 Posted by Early Canterbury Photography at 9:02 PM No comments:

Posted by Early Canterbury Photography at 8:18 PM No comments:

A Photographic History
It was mentioned the other day in a paragraph in "The Press" that a local resident had presented the Mayor with two old photographs of Christchurch scenes. It seems that here is the germ of an idea that might well be developed - the securing and preservation, either in the City Council offices or the Museum, of a series of photographs which would show the changes occurring continually in the city and suburbs and almost unnoticed by those who see them taking place. The desirableness of such a collection, its future interest and historical value, can be realised by remembering that the present-day knowledge possessed by most of us regarding the infant city of Christchurch is obtained from pictures reproduced from photographs taken by that pioneer of photography in Christchurch, Dr. Barker.

The views shown in the illustrated lecture on old Christchurch, which used to to given a good many years ago by the late Mr G. R. Hart, in conjunction with Mr E. W. Seager, were, we believe, reproductions of these photographs. They were deeply interesting twenty-five years ago - a century hence I they will be extraordinarily so. In a lesser, but not greatly diminished degree, the same can be said of photographs, if any exist, of the Christchurch of the '80's and '90's. Let any of our readers try to imagine Cathedral square, for instance, as it was then, or High street, or the Carlton road, or, going out of the city, large areas of St. Albans, and Riccarton, and Fendalton. If he has a good "eye-memory" he may be able to picture these places and districts as they were, say, in 1893, but the chances are that his recollection of most of them would be imperfect, to say the best of it. And it would be the same a quarter of a century hence with anyone trying to recall the appearance of a city street or suburban road in 1918.

In any scheme of a photographic history of the city, the parks and public gardens should not be overlooked. The parks naturally alter less than other parts, but even there the growth of the trees has quite changed the landscape, and portions of the gardens have altered even in the past few years almost beyond recognition by anyone who has not lived here all the time.

The matter may seem trivial now, but if it is worth doing at all, as we believe it is, it should be begun without much delay. It is only a matter of comparatively few years before all the old buildings in Christchurch will have disappeared, and all the unoccupied areas around it will be built upon. There is a fine collection of photographs of the pioneers in the Museum; let the present generation see to it that they preserve some adequate record of the Christchurch of which those early settlers laid the foundations.


A Photographic History
To The Editor of "The Press."
Sir, — Following on your leading article under above title in "The Press," February 14th, you will, be interested, to know the recommendation contained in the leader is further reaching than you may have anticipated, and I shall not be required to beg pardon for referring to the subject again. The Rev. Canon Stack, from far-away Great Britain, who had occasion to thank me for finding a much cherished but long-lost photograph taken in the early sixties, proves in the following extract, which I take the liberty of quoting, what a deep interest would be felt in the photographic history of Canterbury, which it appears was contemplated by Dr. Barker about 1865:

"You have given me something that I shall prize highly, the photo of my old church, St. Stephen's, Kaiapoi, taken by Dr. Barker. I have fretted a good deal about the loss of an original copy which Mr S. Barker gave me. It was with several others I treasured when we moved from our villa at Bordighera, Italy, to Worthing, England. The history of the original plate is this: Dr. Barker found in photography a pleasant source of recreation, and conceived the idea of forming a pictorial history of the changing period through which Canterbury was passing in the sixties when the old shanties, raupo huts and tents were being replaced by substantial buildings. So he procured a sort of Gipsy van and fitted it as a photographic studio, and then he made a tour of the province commencing with Christchurch, and its immediate neighbourhood. In the course of his tour he appeared one morning at St. Stephen's, I was away on one of my missionary visits to the Peninsula, but Mrs Stack induced a number of the Maoris to gather round the church door, and the school children, under Miss Taylor, the teacher, and our children and the nurse, Miss Comyns, formed part of the group — Mrs Stack is the lady with crinoline in the foreground. The Paddy O'Rafferty in a belltopper is Te Aika, the white beard is Albert Koti, Wi Naehira and C. Tehoika were in the crowd.
On getting home I was not quite pleased to find that the natives presented a rather shabby group, or I would rather they had been in Maori mats, but Dr. Barker was in such a hurry he could not wait till more natives had assembled, and had dressed for the occasion."

I wish to stress the fact that the most laudable and hard work of beginning the pictorial history should be kept in view, and the now scattered negatives, as well as the prints from negatives damaged and broken, should be collected, and good enlargements made, for the purposes of the photographic history. It will be the work of many to unite in restoring the pictures to some central depot from which copies may be printed to supply the standard record albums to be preserved in the Canterbury Museum.—

Negatives
Canterbury Museum, 28th May, 1892. Sir, I find from an examination of the Museum accounts for 1890 and 1891 in the Registrars Office, that the Museum paid during those years about eighteen pounds (£18) to Mr Easter for photographs and negatives. None of these are now in the Museum. Mr W. S. Colclough informs me that Mr Forbes packed up and took away from the Museum a number of photographs and negatives, but he does not know if they these are the ones paid for by the Museum.
I have the honour to be, &c, (Signed) F. W. Hutton, Acting Curator.
Press, Volume XLIX, Issue 8186, 31 May 1892, Page 5 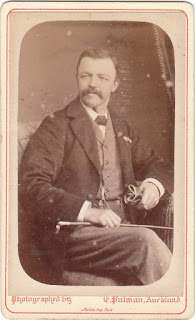 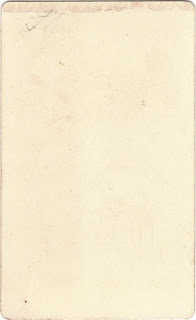 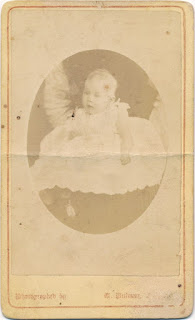 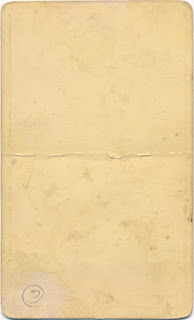 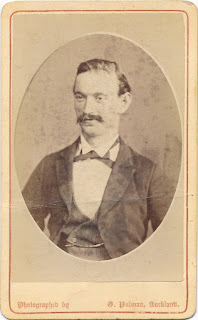 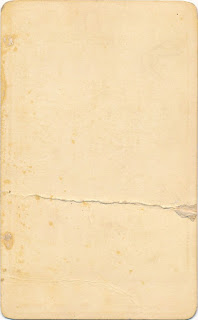 Posted by Early Canterbury Photography at 8:43 PM No comments: 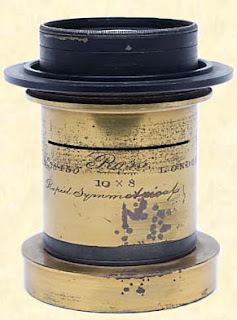 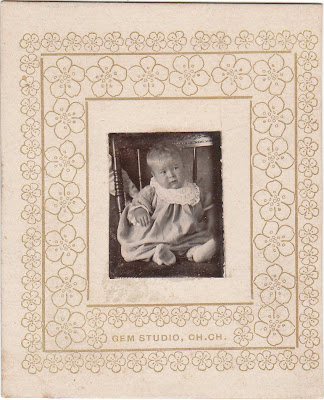 Posted by Early Canterbury Photography at 10:35 PM No comments:


In the early 1890's William Henry Bush made a collection of photographs of early settlers to Canerbury which he donated to the Canterbury Museum. Many of these photographs where taken by the photographer Charles Henry Manning. For details of this collection see - The Early Settlers of Canterbury.


An Old Colonist.
To the Editor of  the Press,
Sir,— I understand Mr William Bush, the pioneer painter of the trade in Christchurch, and who was seventy years of age on Sunday last, contemplates visiting his talented daughter, Miss M. E. Bush, in London. He is such an old identity, having arrived here in 1857, and has done so much for the city, especially in keeping green the memory of old pioneers and pilgrims by his splendid collection of portraits of them in the Museum, I think he should not be allowed to leave our shores, even temporarily, without some recognition, and I hope that steps will be immediately taken to render the contemplated trip more pleasant and agreeable, by relieving him of some of the burdens. It could very easily be done if we extend to him the generosity he has always extended to others.— I am etc.,


Mr. W. H. BUSH is a native of Great Dunmow, Essex , England, and was born on the 24th of January, 1834 ... Mr. Bush, who is well known in Christchurch, and the oldest local surviving member of the guild of house decorators, arrived in Lyttelton by the ship "Glentanner" on the 3rd of October, 1857. Probably no man living is better acquainted than he is with Christchurch and the human side of the history of its people. For a long time he devoted himself to the work of collecting photograph s of the pioneer and pilgrim settlers of Canterbury, and he presented his collection to the Christchurch Museum in January, 1895. Since then it has at attracted, and must continue to attract and interest visitors to the Museum. Mr Bush is the father of Miss M. E. Bush, pianist and vocalist, whose notice appears in another section of this volume.

Mr William Bush.
Mr William Henry Bush, one of the very old residents of Christchurch, died yesterday. The late Mr Bush was a native of Great Dunmow, Essex, England, and was born in 1834. He arrived in Lyttelton by the ship Glentanner on October 3rd, 1857, and carried on business in Christchurch for a large number of years. He took a particular interest in the progress of the new city, and for a long time devoted himself to the work of collecting photographs of the pioneer and pilgrim settlers of Canterbury. In 1895 he presented his collection to the Christchurch Museum, and the photographs have now quite an historic value.

Posted by Early Canterbury Photography at 10:14 AM 2 comments: