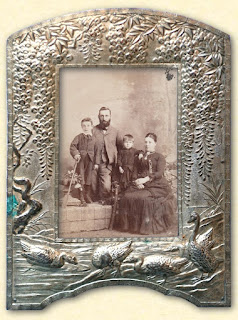 I'm not able to provide any information about photographers other than that on this site. I'm am also not able to date photographs or assist you in identifying people in photographs you may have. I am unable to assist in locating the current location of business records or negatives of any photographer. 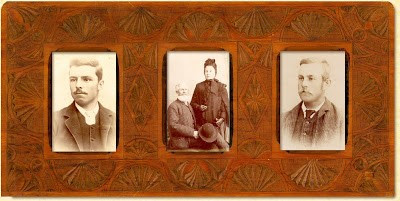 
Posted by Early Canterbury Photography at 11:30 PM No comments: 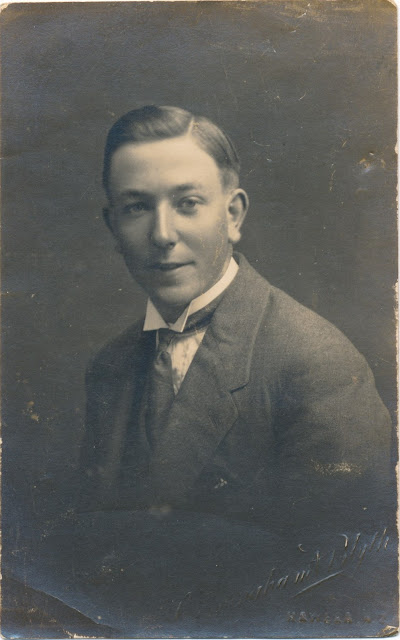 Posted by Early Canterbury Photography at 11:11 PM No comments: 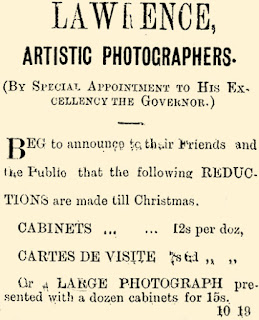 Ashburton Guardian, Volume XIV, Issue 2814, 1 November 1892, Page 3
A Golden Wedding at Ashburton.— A very pleasant gathering of friends and old settlers took place on Thursday, to honour the occasion of the golden wedding of Mr and Mrs Joseph Hunt, of Seeall Farm, near Ashburton...  About midday the guests began to assemble, and by three o’clock about eighty had arrived from far and near. At four o’clock they were brought into the garden and photographed in front of the house by Mrs Lawrence, of Ashburton...
Lyttelton Times, Volume LXXVIII, Issue 9883, 15 November 1892, Page 4 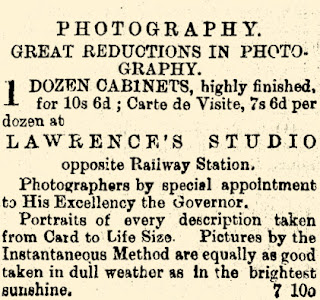 Ashburton Guardian, Volume XV, Issue 3386, 17 September 1894, Page 1
Mrs Lawrence last advertised in Ashburton on 17 September 1894.
The pupils of Mrs Bowman Fox commence the first term on Monday next, in the rooms in Saunders' Buildings, same entrance as Mrs Lawrence's photographic studio.
Ashburton Guardian, Volume XV, Issue 3478, 5 January 1895, Page 2
Photography.
A short time ago Mr F. Cooper, photographer, took over the studio of the late Mrs Lawrence, in Saunders' Buildings, and is now carrying on business there. The people of Ashburton are fortunate in this matter, inasmuch as Mr Cooper is one of the ablest operators in the colony. For years he was the trusted emissary of Messrs Wheeler and Son, a colonial firm with an almost universal reputation. It was from his plates that Wheeler's pictures of New Zealand lake scenery were taken. In 1889 he accompanied Mr G E. Mannering, when that gentleman ascended Mount Cook, and it may he said that the educational value of these Alpine ascents is very greatly enhanced by the story which Mr Cooper's photographs tell. In 1890 Messrs Wheeler and Son sent Mr Cooper to the Sounds on the West Coast, and from that mission he returned with valuable spoils to the number of sixty, depicting Sounds scenery, and the celebrated Sutherland Falls. In November, 1890, in order to illustrate a lecture by Mr Mannering, on "The glaciers of the Tasman valley," Mr Cooper spent a month among the glaciers, reaching as high an altitude as 8000 feet, the Mount Cook range, and personally went through all the risks, dangers, and discomforts of the Alpine climber to secure his slides for Mr Mannering's lantern. In 1891 he was again engaged on similar work, and in 1893 he travelled through the lake district gathering beauties as he went for his firm. It was from his plates that most of the beautiful illustrations were worked that adorn Mr Mannering's book "With axe and rope in the New Zealand Alps," published in London and New York by Longmans, Green, and Co. in 1891, and in the preface to the book the value of Mr Cooper's work is acknowledged. Mr Cooper also holds a testimonial of high value from Mr Malcolm Ross, another celebrated New Zealand climber, but the best testimonial of all are the samples of his Ashburton and Christchurch work, not among dead rocks and sleeping glaciers, however beautiful and grand, but among living people and the lively homes in which they live. These pictures, to be seen m the vestibule of his studio, are well worth a visit.
Ashburton Guardian, Volume XX, Issue 4617, 6 October 1898, Page 3
Posted by Early Canterbury Photography at 8:59 PM No comments: 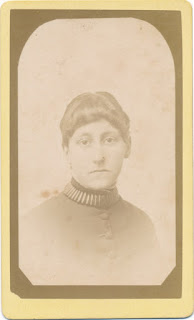 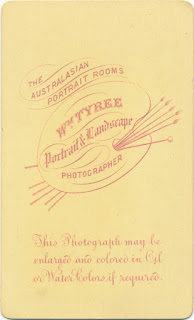 A unnamed woman by The Australasian Portrait Rooms
[purchased January 2021]

Posted by Early Canterbury Photography at 11:00 AM No comments: