The exhibition of New Zealand photographs recently organised by the director of the Auckland Art Gallery, Mr. J. Barr, will be opened to-morrow afternoon, by the chairman of the Auckland City Council's Library Committee, Miss E. Melville. The collection, comprising 80 prints, has been obtained with the aid of five of the principal New Zealand camera clubs and various individual photographic workers. After being shown in Auckland, it will be sent to London and exhibited at the headquarters of the Royal Photographic Society.

Mr. Barr's original aim was to assemble in one collection as much as possible of the best work done in New Zealand since photography was first recognised seriously as an art medium. This proved to be impracticable, but he succeeded in getting together a good collection representative of work done in the past two years, with some prints from the earlier period. Unfortunately, no work from Canterbury was available, and that of some rather well-known photographers could not be obtained, for various reasons, but the exhibition as a whole is creditable to the Dominion.

Landscapes and seascapes largely predominate, but industrial and still-life subjects, portraits and figure studies receive a good deal of attention and include some of the best work. Generally speaking the photographers aim at delicate tones, soft effects and the "atmosphere," which is notoriously difficult to obtain in New Zealand. Some, however, have successfully attempted the sharp outlines and strong contrasts beloved of the newer school.

"Portrait of a Painter," by Gerald E. Jones, F.R.P.S., [Gerald Edgar Jones, 1880-1963] of Auckland, lately won several awards in the Kodak world competition Mr. Jones also has a quaint study, "Gossip," of a fisherman, a woman and a small sailing-boat hauled up on the sand. The still-life, "Ex Libris," by Douglas F. Lyons, [Douglas Francis Lyons, 1901-1982] of Auckland, which won first prize in the last Dominion competition, is included, together with a very good study by him of a nude figure on a grassy hill-top entitled, "Dying Day."

Fishing launches moored at wharves provide subjects for masterly work by J. Treloar [James Treloar, 1882-1945], of Hamilton, and Miss Una Garlick, [Eunice Harriett Garlick, 1883-1951] of Auckland. There are fine studies of sailing ships by J. H. Kinnear [James Hutchings Kinnear, 1877-1946] and A. N. Breckon, [Arthur Ninnis Breckon, 1887-1965] of Auckland. Among the best landscapes are those by George Chance, F.R.P.S., [George Chance, 1885-1963] and D. Y. Erwin, [Desmond Yule Erwin, 1903-1961] of Dunedin, and J. W. Jones, of Wellington. A night scene outside the Dunedin railway station, by Miss B. M. Gibson, is unique in the collection. H. Tornquist, [Herbert Richard Tornquist, 1897-1969] of Auckland, contributes two good portraits, including one of the violinist, Balocovic. Two impressionistic landscapes by J. C. Holland, [John Christopher Holland] of Auckland, best represent the work of the earlier era.


PICTORIAL DISPLAY.
NEW ZEALAND PHOTOGRAPHS.
An interesting exhibition of New Zealand pictorial photographs is being arranged at the Auckland Art Gallery, consisting of 80 prints contributed by the members of the various camera clubs throughout the Dominion and other camera men not associated with these clubs. The clubs represented will be those of Auckland, Hamilton, Wellington, Dunedin and Invercargill. An unusual feature of the collection will be that after they have been exhibited at Auckland the photographs will be sent to London for exhibition in the room of the Royal Photographic Society. This will be the first occasion on which a representative collection of New Zealand pictorial photography has been shown in England. It had been hoped to make the exhibition representative of past and present photography in New Zealand, but unfortunately the contemporary work prevails, a few prints only of the older school of camera men being displayed. The exhibition will be opened on Thursday afternoon by Miss E. Melville, chairman of the Library Committee of the City Council.

NEW ZEALAND PHOTOGRAPHS TO BE EXHIBITED IN LONDON. A fine selection of New Zealand pictorial photography has been arranged at the Auckland Art Gallery. After being exhibited at Auckland they are to be sent to London for exhibition in the room of the Royal Photographic Society.
New Zealand Herald, Volume LXIX, Issue 21120, 1 March 1932, Page 6

An interesting exhibition of pictorial photography is now being held at the Royal Photographic Society's Gallery in Russell Square. The exhibits are a selection from the Auckland Camera Club, the Hamilton Photographic Circle, Hororata Camera Club, Dunedin Photographic Society, and the Invercargill Camera Club, and they have been sent at the request of the London Society to be hung for a month. Most interesting from the point of view of the producers of the pictures will be the criticism's by the London Press and technical journals, but at the time of writing the London critics not yet received their invitations.

Out of the 143 studies shown one might pick a large number that are well up to the standard of those selected for exhibition purposes in this country. On the other hand, there is certainly a tail to the list which falls below the London standard. One other general criticism which is likely to be heard later is the lack of any special New Zealand type. Officials at the Gallery say that this particular failing is to be found in exhibitions of other Dominion photographers. There is a tendency on the part of the photographers to imitate the style of English photography instead of striking out on a style of their own and selecting views that are typical of the country they represent. Certainly in the present exhibition there are groups of a dozen or twenty together which to a casual observer could have been taken in this or in any country other than New Zealand.

A picture notable for the beauty of the subject as well as for the photography is Impudence (B. J. Searle) — a white peacock standing beneath the bough of a tree. In Remembrance (C. P. S. Boyer) is an artistic production of the memorial bridge in Christchurch. The Story Teller (E. T. Robson) — a scene inside a Maori house — combines good subject matter with something typically New Zealand. The Shadow (A. N. Baker) is something of  a curiosity showing a bird's shadow in the form of a dragon. Pardon Me (W. J. Thompson) is an amusing still life study of a toy duck, a ball, and a doll. Finally, of the several nude exhibits, by Nell Porter [Nello Porter], Elegance and Grace are both very beautiful.

Posted by Early Canterbury Photography at 2:45 AM No comments: 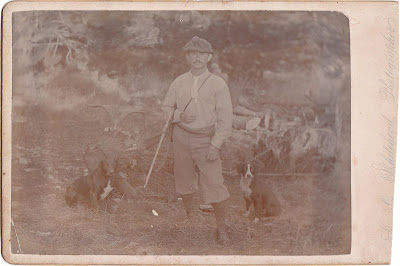 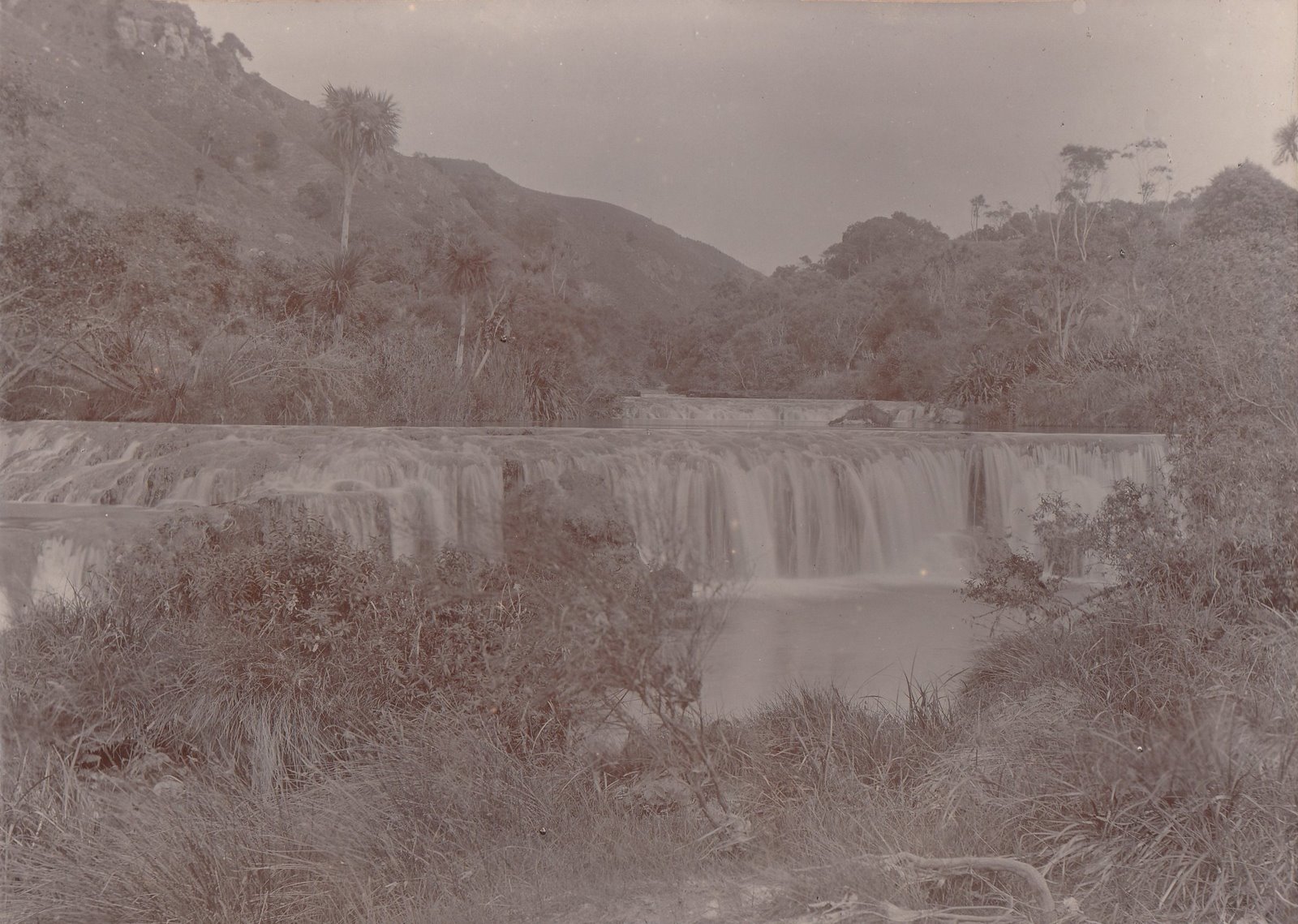 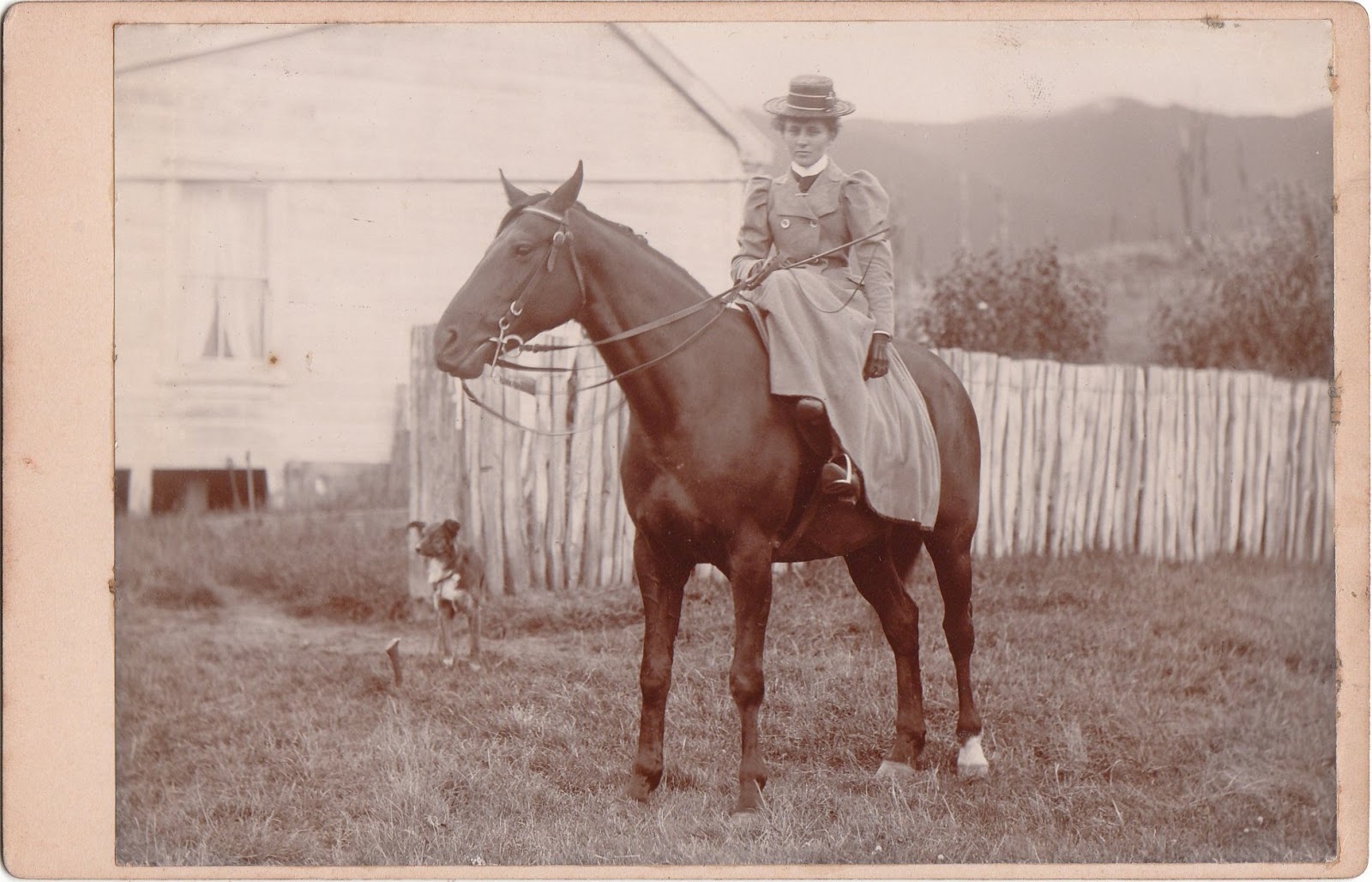 Posted by Early Canterbury Photography at 4:03 PM No comments: