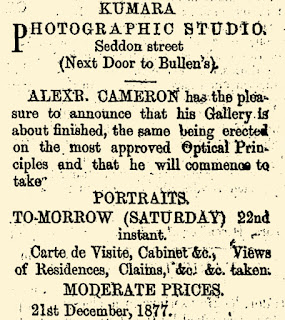 Mr Cameron, photographer, Seddon street, succeeded in taking a capital view of the scene at the corner of Main and Seddon streets at the time when the Town Clerk was reading the address to Sir George Grey. Most of the figures come out with remarkable clearness, and as the copies of the picture are to be had at a reasonable price, doubtless many of those who witnessed the interesting ceremony will secure mementoes of it.

We have been shewn by Mr Cameron, photographer, Seddon street, a capitally executed photograph of the entrance to the Skipper's Claim, shewing the miners standing at the mouth of the drive. Mr Cameron is making a specialty of this kind of work, and is very successful in producing good pictures. 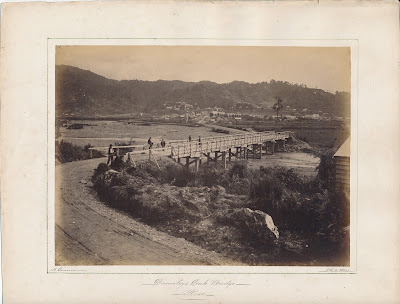 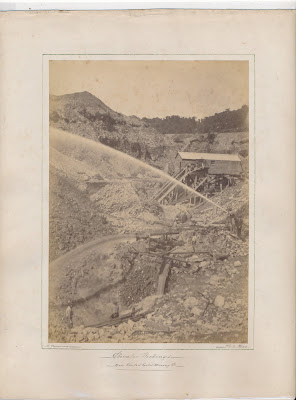 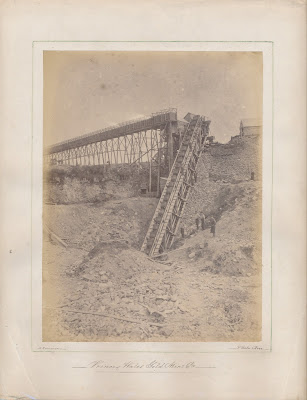 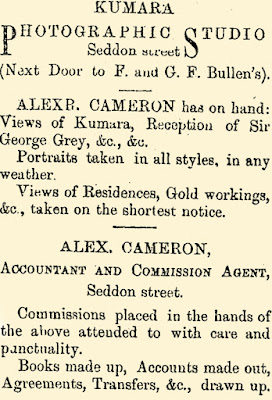 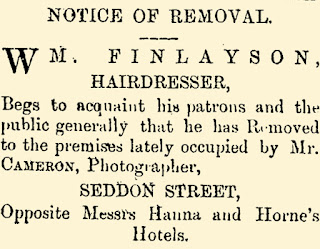 Mr A. Cameron, photographer, notifies elsewhere that he will return to this town next week, when he will be prepared to execute all orders in photography with which he may be favored. 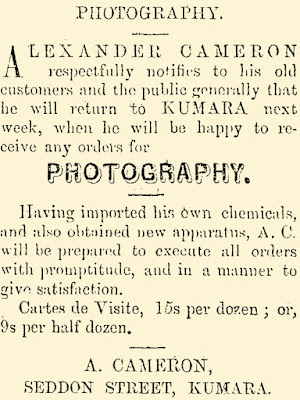 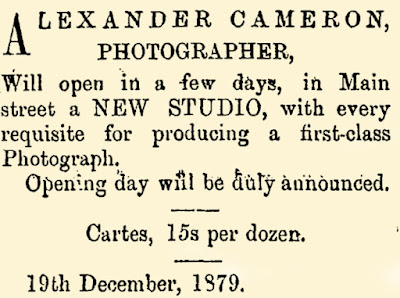 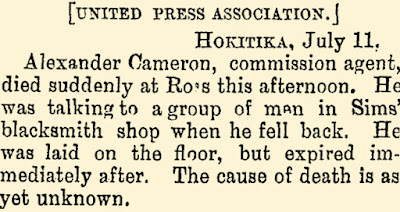 Awfully Sudden Death.
Ross, July 11.
Alexander Cameron, commission agent, died suddenly at about four o'clock this afternoon. While sitting in the blacksmith shop of Mr Sim be complained of headache and gripe, and was noticed to fall back suddenly. He was at once laid on the floor, where he immediately expired. Dr. Brittan was called, and pronounced life extinct. The body lies in the Totara Hall, awaiting an in inquest.
West Coast Times, Issue 6542, 12 July 1887