Frederick William Hulme (c.1879 - 1942) was born in Christchurch the son of Ambrose Isaiah Hulme, a baker and Eliza Hulme nee Hague. He married Daisy Amy Bell Johnson on 29 August 1906 in the house of Mrs. Johnson, 99 Coleridge Street, Christchurch. He is shown at this time to be employed as a photographer. Their son Frederick William Hulme died aged 14 years in 1926. He died on 28 December 1942 aged 63 years, he was then employed as a gardener and living at 37 Byron Street, Christchurch. He was buried in Sydenham Cemetery on 30 December 1942, block 31c plot 52. 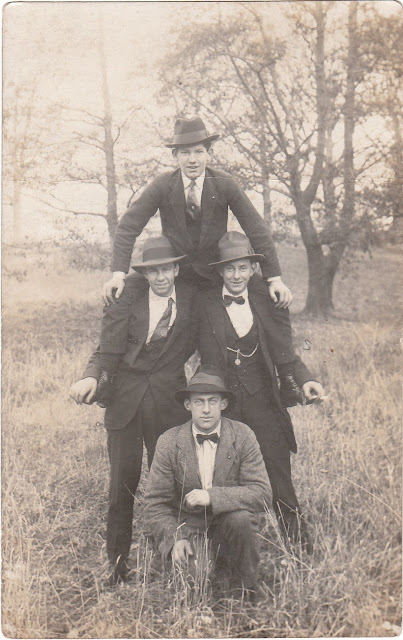 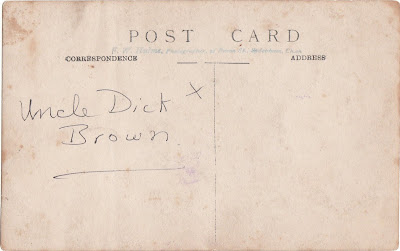 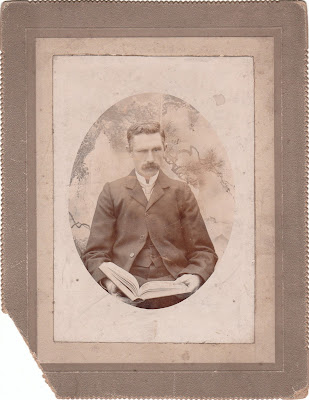 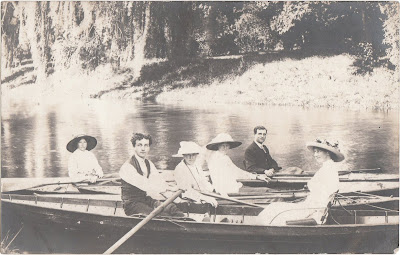 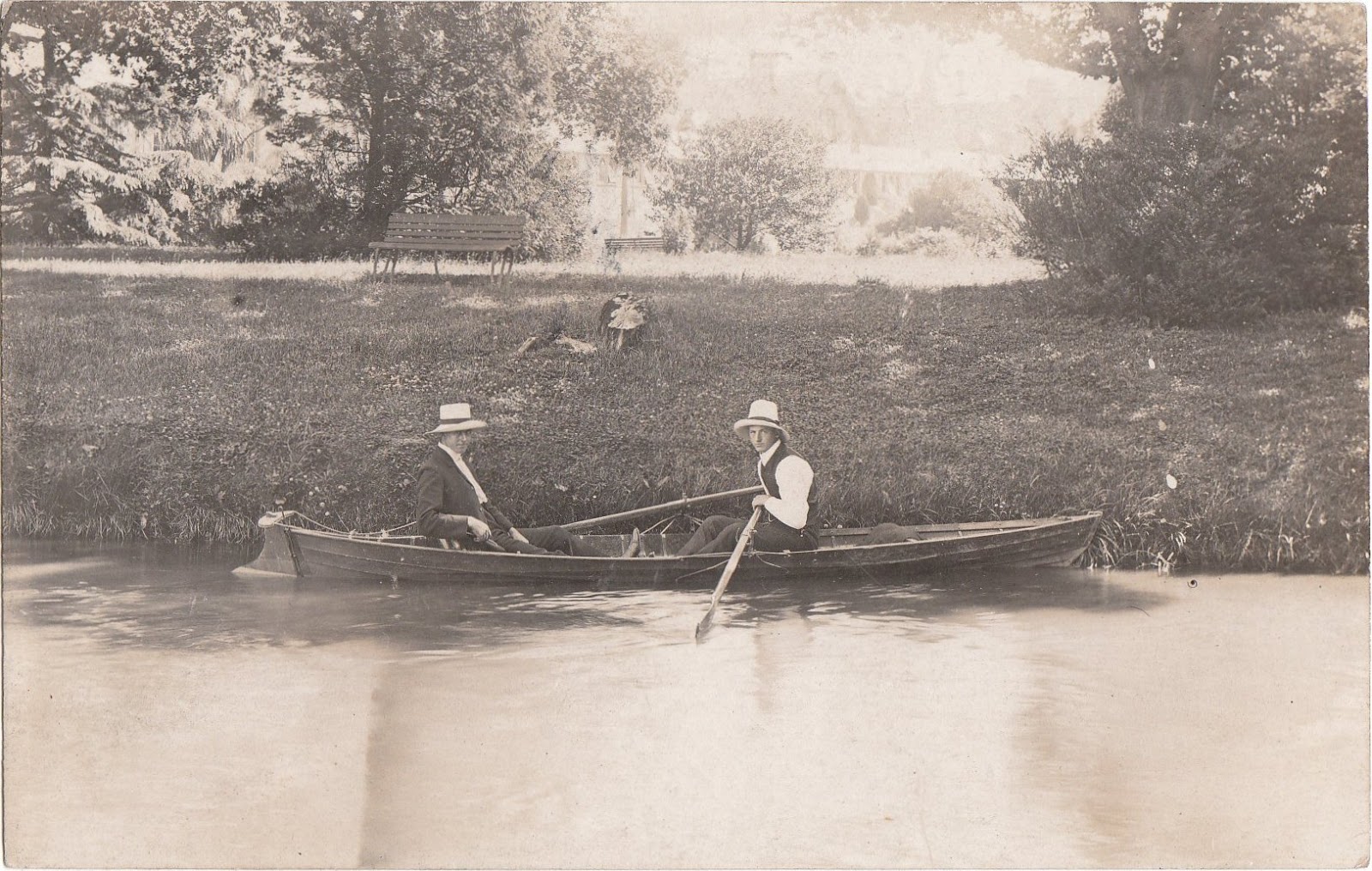 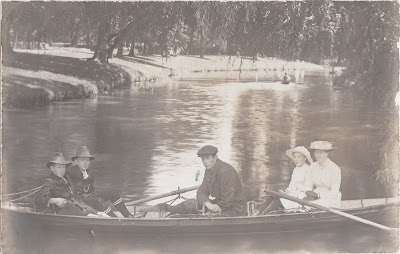 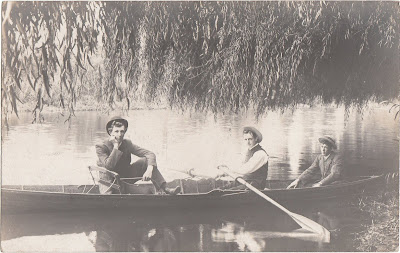 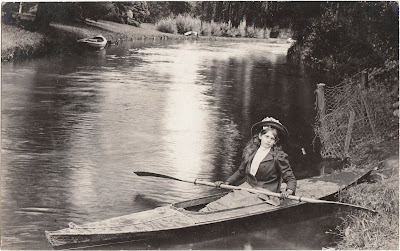 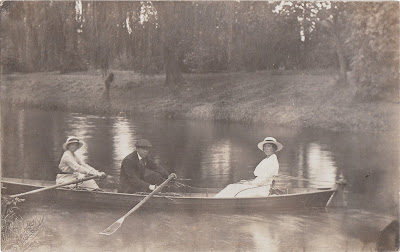 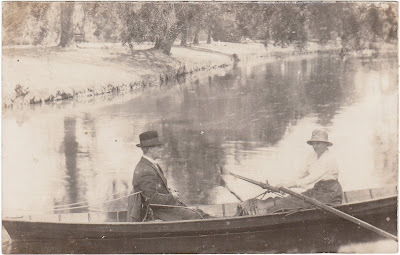 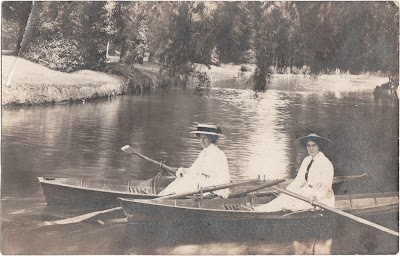 above - by F. W. Hulme, Photographer, Sydenham, Chch
post dated Linwood 24 November 1910
"Dear Miss Scalan ... With very many thanks for the lovely time I had on the river. Yours sincerely May P." 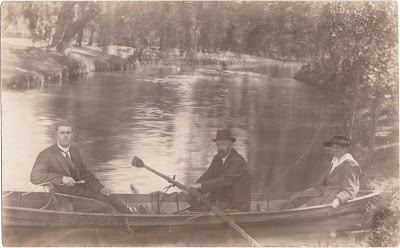 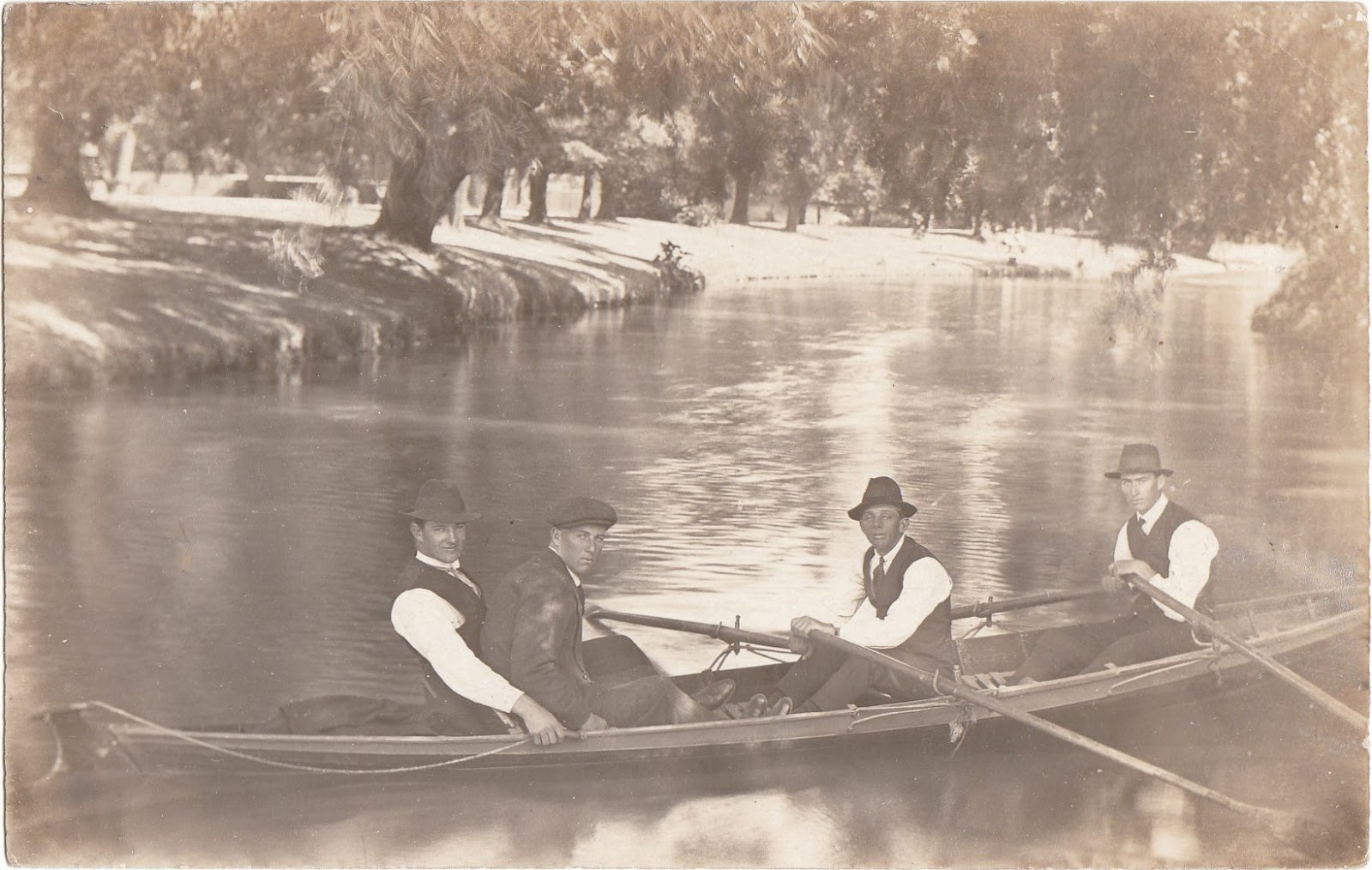 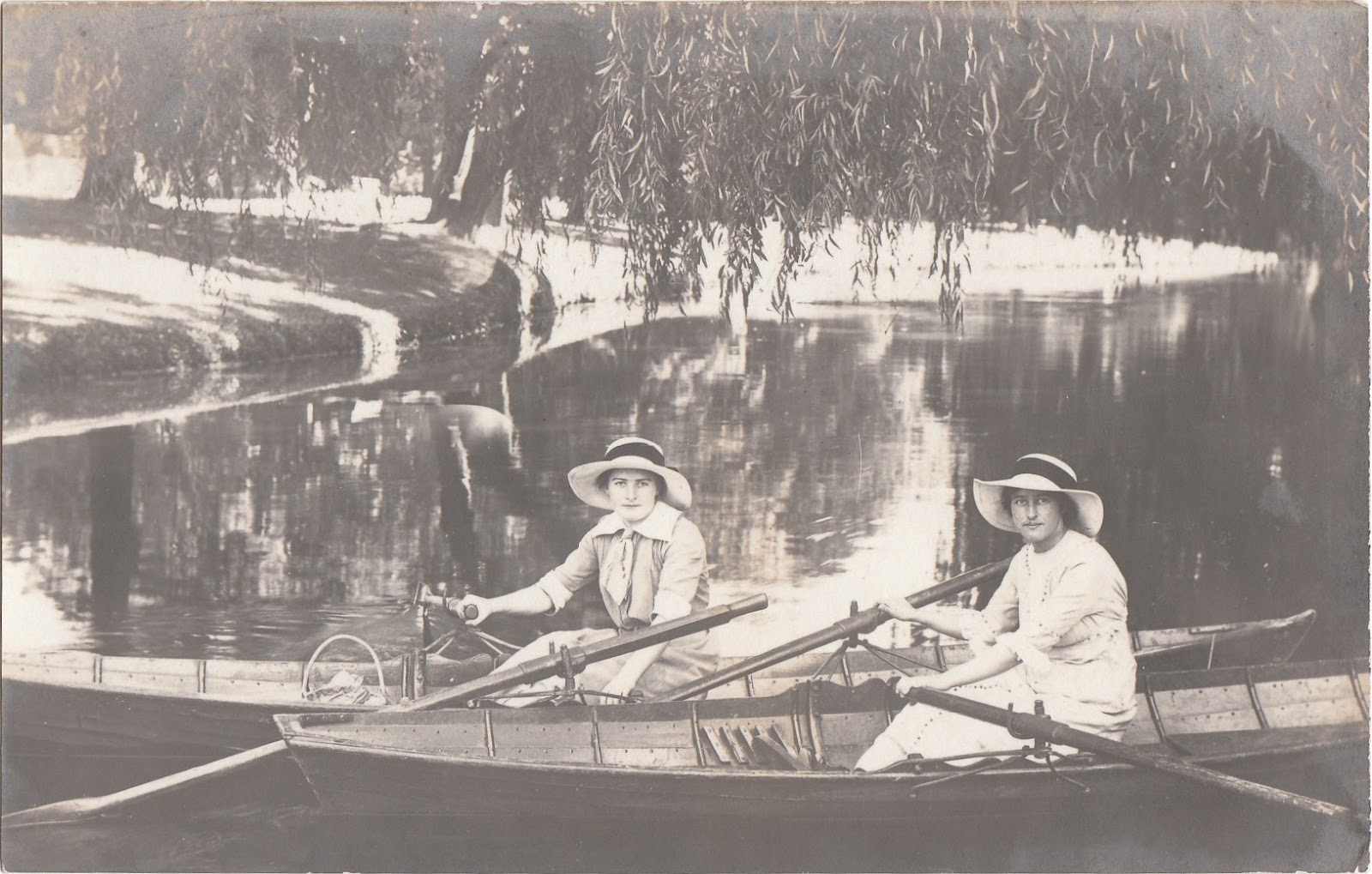 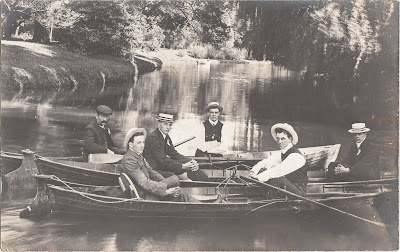 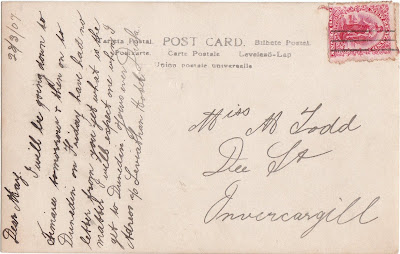 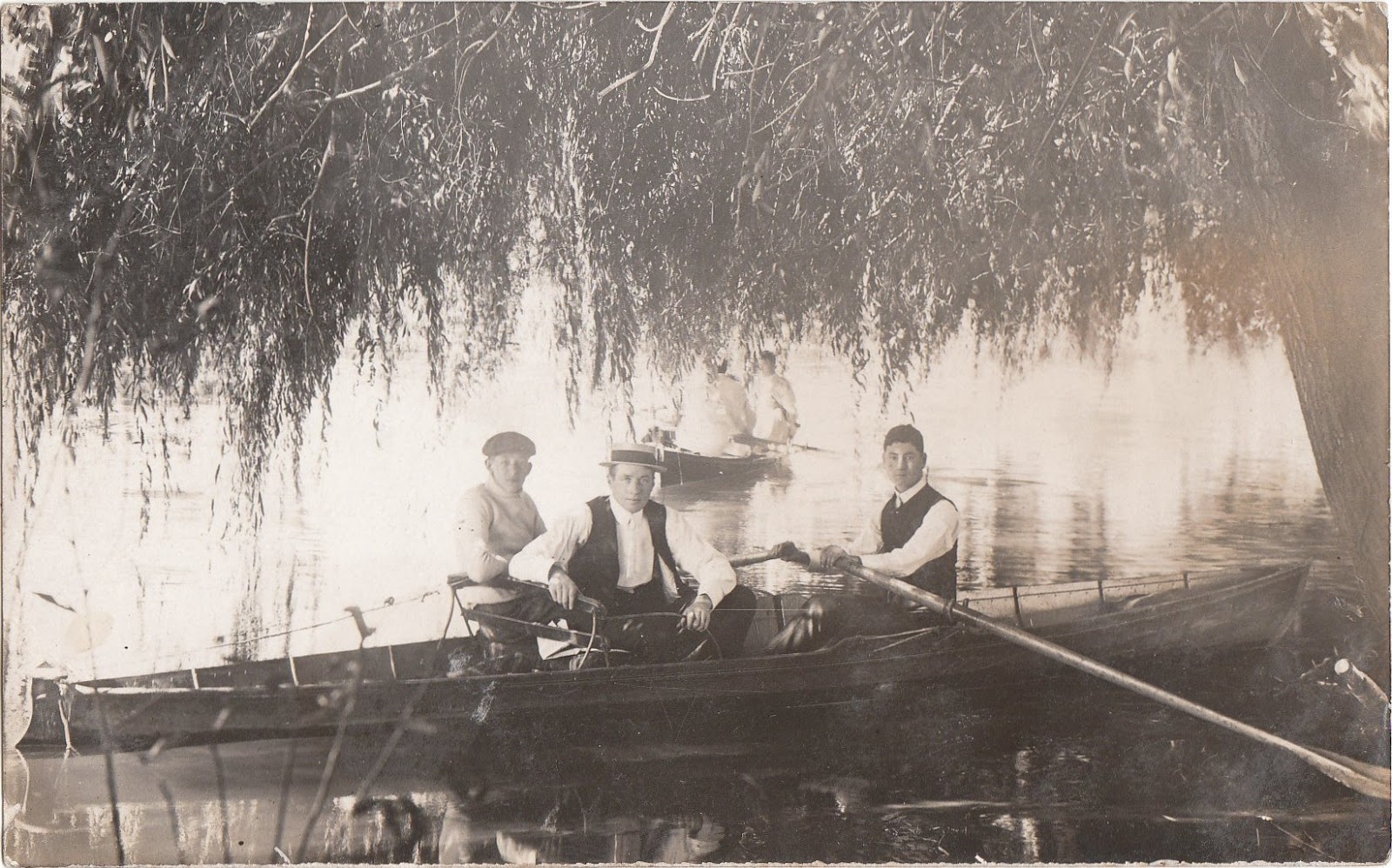 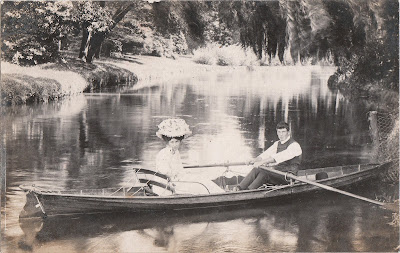 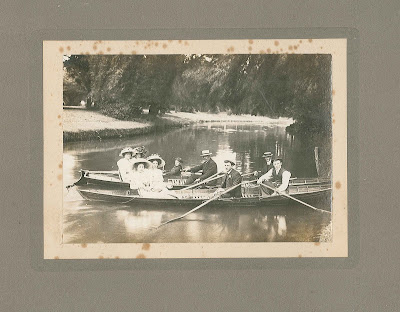 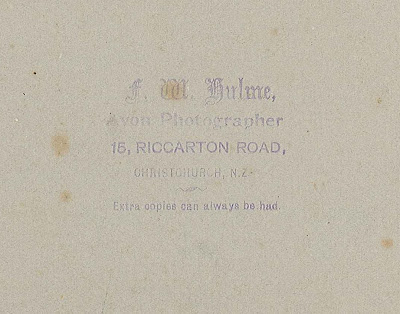 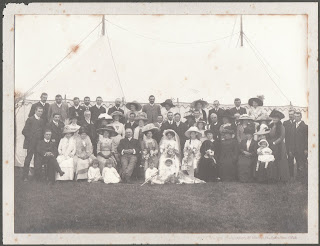 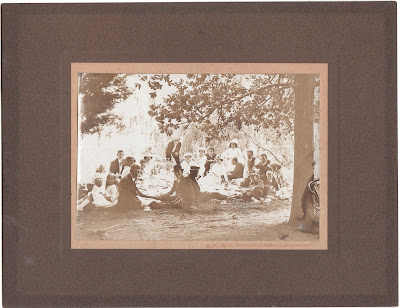 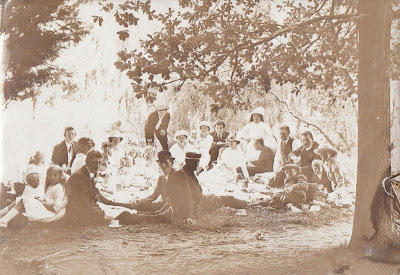 MISTAKEN IDENTITY.
A curious case of mistaken identity occupied the attention of the Waimate Magistrate's Court the other day. A young man, said to be Charles Ernest Tilby, was charged with stealing a camera, lenses, and other outfit, valued at £45, from W. H. Neal, travelling photographer, at Waimate. The informant stated that he engaged the accused, whom he identified as Tilby, as assistant, in Christchurch early last March. He left him in charge of the stock at Waimate while business took him to Christchurch, and returned to find both stock and assistant gone.

Four other witnesses having sworn that the accused was Tilby, and a fifth having recognised him, but declined to swear, Mr Joynt, who appeared for the accused, stated that his client's name was Hulme, and that he had never been in Waimate. James Anderson, railway porter, swore that the accused was two inches taller than Tilby, and differed from him in having a moustache. Ambrose Isaiah Hulme, father of the accused, deposed that the young man was living at home with him in Fowke Street, Richmond, all the time when he was supposed to have been in Waimate, and two other witnesses gave evidence to the same effect. Frederick William Hulme, the accused, said that he was a photographer, but had never been in Waimate before in his life. The Bench decided that the case was one of mistaken identity, and dismissed the information. 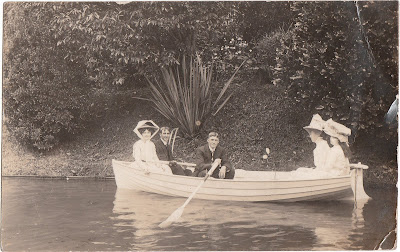 above and below - by unknown photographers these postcards are similar to those taken by Frederick Hulme, the location is not known. 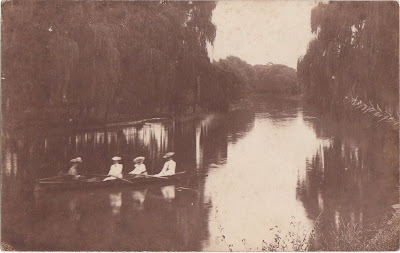 I have a similar boating photograph in post card form of my Christchurch-born and bred grandmother Mona Morrison nee Forbes and her siblings. You can see it here at https://1.bp.blogspot.com/--YN0tPmr3ks/V5686bZv3aI/AAAAAAABlAU/Au-51k0s26o8ECc0QM-TFJ9EE_sfb6KoACLcB/s1600/Forbes%2Bfamily%2Bboating.jpg
I'd be interested to know if you think it may also be by FW Hulme. Unfortunately the card has been trimmed on one side and if there were any details identifying location or photographer they are no longer there, along with another occupant of the boat, unfortunately.

Hello Jo, I am sure that this photo is by F. W. Hulme and taken on the Avon River in Hagley Park. Could I add a copy of this photo to my website?