The New Portrait Studio.—The photographic business in Princes street [Dunedin] for many years known us Morris, photographer, will be continued in the name of the Zenith Portrait Studio, under the management of Mr R. Spensley Clarkson (late manager of the Baker studios of London and Birmingham). Needless to say, the best standard of portraiture will be maintained, and improved upon by the latest methods of printing and finish. A splendid new collection of specimens in vestibule for inspection. Make early appointments by telephone 859.—[Advt]
Evening Star, Issue 14727, 20 November 1911

The bride was given away by her brother-in-law, Mr H. G. Mayor, and wore a bridal gown of ivory satin, hand embroidered and draped with some beautiful old lace, her veil was arranged over a coronet of orange flowers and a shower bouquet was carried. Two maids were in attendance. Miss Amy Fish, a sister of the bride, and Miss Joyce Bennett, of Dunedin. They wore becoming frocks of white voile over satin, embroidered in pale pink and blue. Their hats of white crepe dechine had posies of pink, and they carried bouquets of pink roses.

The ceremony was performed by Archdeacon Harper, and Dr Fyffe was organist. Mr F. W Baker, of Auckland, was the best man, and Mr R. A. Wilson acted as groomsman. A reception was afterwards held at the residence of Mrs Mayer, sister of the bride, who wore a pretty gown of grey satin with a black tagel hat. Later Mr and Mrs Clarkson left by motor, en route for Auckland, the, bride wearing a dark grey costume faced with saxe blue cloth and a tagel hat trimmed with roses and tulle.
New Zealand Times, Volume XXXVII, Issue 8580, 17 November 1913


Most Treasured Gift.
A Pocket Portrait by Wilbar.
A Christmas gift that will be prized, perhaps, as much as, or even more than, anything else by those who are far away fighting for the Empire is a photo of some loved one left behind, and if this photo is enclosed in a handy little case of flexible leather (forming a sort of wallet photoholder) so that it can be slipped into the pocket with ease and carried everywhere without causing the slightest inconvenience, it is sure to be especially welcome.
The Wilbar Studio and Art Galleries at 44, Queen Street, opposite Smeeton's, are making a very special feature of these pocket portraits for sending away to the Front. The photographs are artistic In conception and execution, and one of these portraits in leather case complete may be had for as little as 5s 6d.
Another special offer, for soldiers only, is one dozen cabinet, photos and one highly finished enlargement, suitable for framing, the modest price being 20s. Soldiers about to leave for active service should avail themselves of tins offer. It is a liberal one.
A very special line just imported by this firm consists of a large assortment of beautiful art calendars for 1917. These are in a variety of sizes, the smallest being adapted for carrying in the pocket. Each calendar has an illustrated cover, and is enriched and rendered especially attractive by the quotations it gives from standard authors. An especially beautiful calendar contains a hymn for every week in the year. These booklets are on art paper, and are exquisitely printed. Prices range from Is to 5s each. They would make pretty souvenirs for absent friends.
Portraits can be finished in 48 hours, or even sooner if necessary. Price 5s a set.
New Zealand Herald, Volume LIII, Issue 16348, 30 September 1916 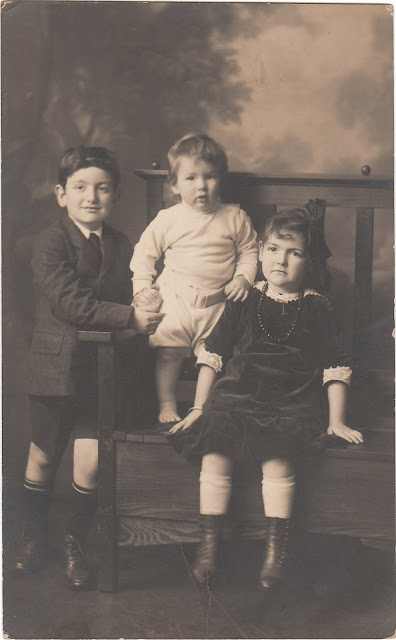 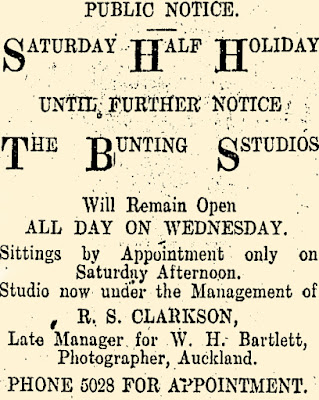