The well-known photographic studio (late Cowdell's) in Upper Cameron Street has been taken over by Mr T. G. Palmer, who has been connected with the studio for many years. The studio possesses a modern equipment and Mr Palmer intends to produce only high-class and artistic photographs and enlargements. Picture framing will also form a branch of the business, and as the complete stock of Mr Cowdell's negatives are kept, Mr Palmer will be able at any time to execute orders for photographs taken by the previous proprietors. 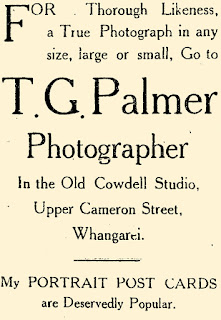 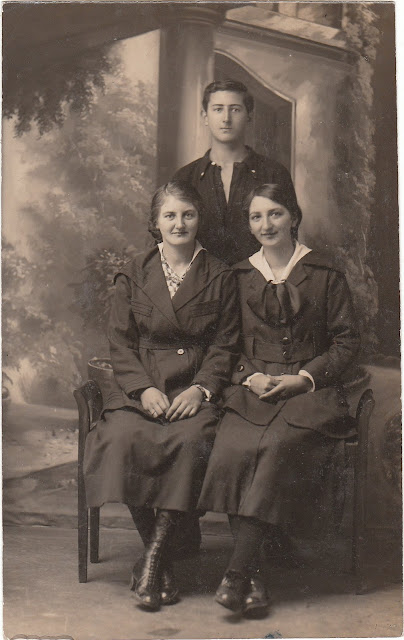 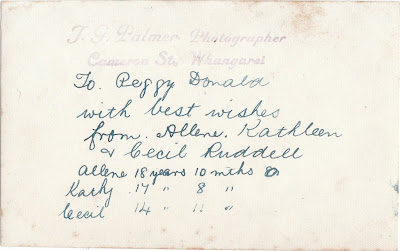 This is a wonderful photo of my grand father and two great aunts. I have never seen a photo of them so young.

Recently an entire album of his work was for sale on Trade Me, all large photographs of the Whangarei, Northland area including the Wairua Power Station, Portland Cement and staff houses, School, Hall, Colliery Waro,and Limerocks. Great images of their time, circa 1930s I'd guess.

Portland was on the way from Marsden Point to Whangarei, about halfway. Wairua Falls was west of Whangarei between Piroti and Titoki.
I don't think it was a personal album of hi per se. It had one photo in it from another photographer, Wilson.