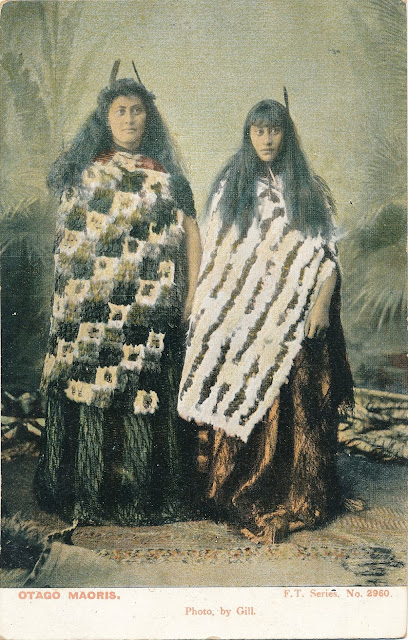 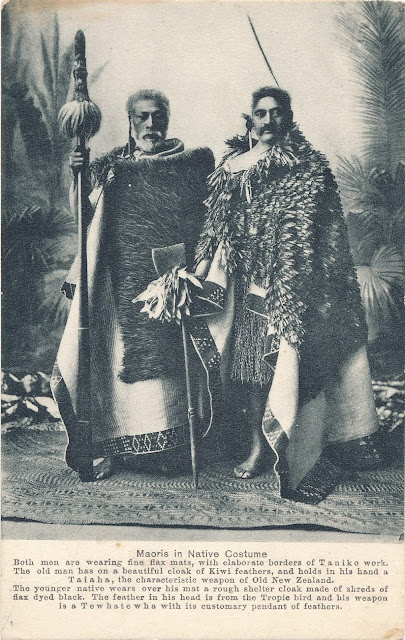 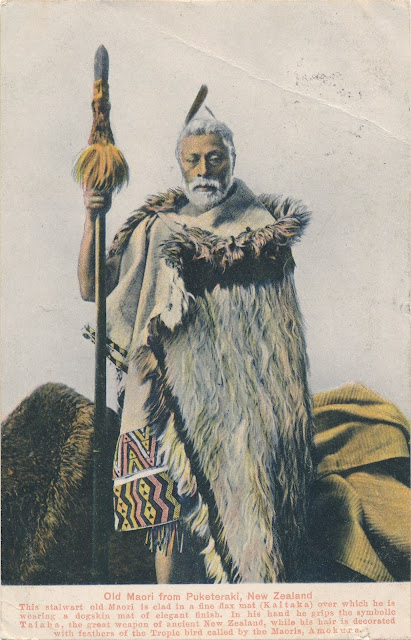 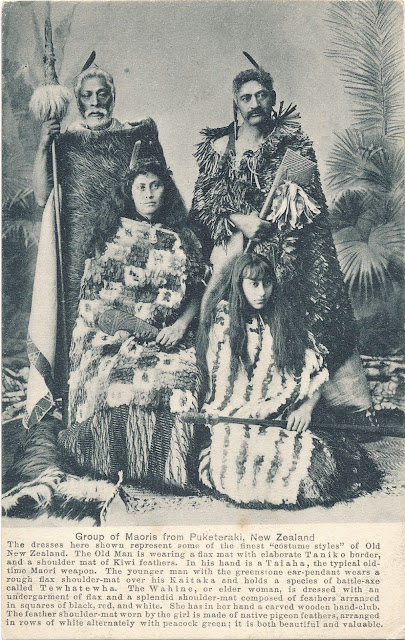 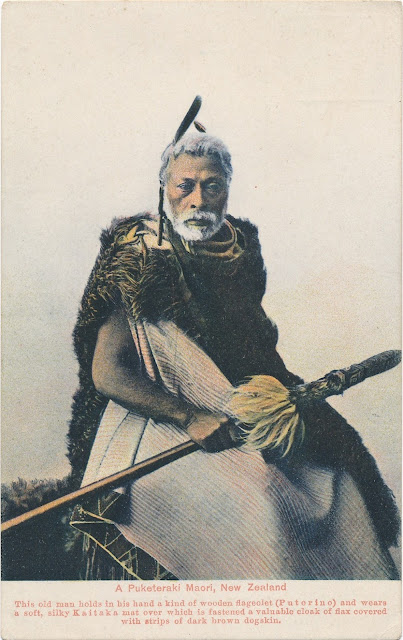 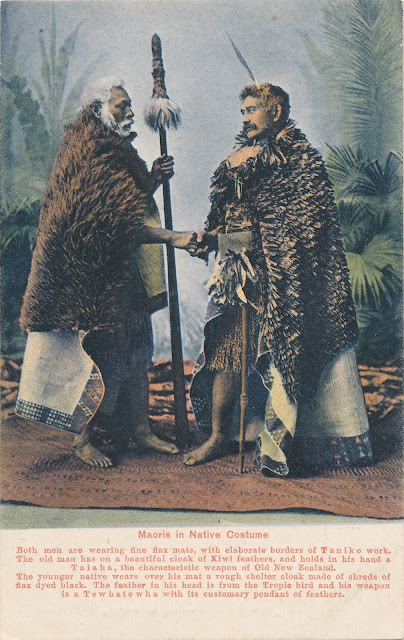 A studio portrait showing a group of two men (standing) and two women (sitting), in traditional costume including feather cloaks. Each holds a weapon: two taiaha, a tewhatewha and a mere. Personal communication from a researcher indicates the identity of the group: "All these tipuna are Kai Tahu, Kati Mamoe. They come from Otakou, Purakaunui and Puketeraki. The man standing on the left at the rear is Hori Kerei Taiaroa MP for Southern Maori. Standing next to him is Hoani (John) Matiu. Seated at the front left is Hira (Sarah) Te Wahia nee Antoni. Next to her, seated on the right is Hana Maaka". This researcher reports that the photograph was taken about 1899 -
Alexander Turnbull Library