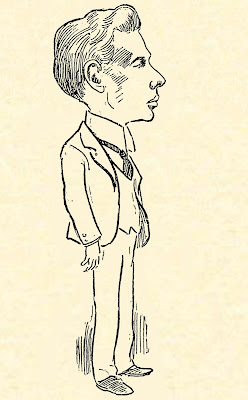 Mr M. L. Lampe, who has recently been appointed Manager of the Tasma studio, has already introduced a numbes (sic) of novelties for the benefit of the public. He is an artist of consideaable (sic) experience in Australia and this colony, and his work is very highly spoken of. Reference to the very moderate terms in force at the studio will repay perusal of those requiring photographs for forwarding to friends at the present festive season.
West Coast Times, Issue 140, 18 December 1906, Page 2

NEW PHOTOGRAPHIC STUDIO. A new photographic business known as the Tesla Studios was opened opposite the Post Office on Tuesday last. The premises which have been altered and made suitable for photographic work, are very commodious, and have been built to Mr Lampe's special design by Messrs Burwood and Co. At the entrance to the studios, which is three doors round the corner from the Avenue numerous show cases and framed enlargements are displayed, all the work being of the best quality and the effects are very artistic. Portraits are one of the proprietor's fortes and children are a special study.

Mr Lampe, the proprietor, has for the last two years been manager and operator for the Tasma Photo. Company, at Hokitika, and has also had experience in some of the leading Australian photographic studios. Whilst in one of the latter places he was favoured with a sitting by his Excellency Sir Harry Rawson, Governor of New South Wales. Mr. Lampe has been successful in securing some of the very finest lenses and cameras, which should be the means of his turning out only the very best class of portraiture and enlargements, etc. The enlarging apparatus is of a unique kind, from which any photograph or picture can be enlarged or reduced to any size required. The studios are prepared to undertake wedding groups either at the studio or at the house. Other outdoor work and sports groups will be taken by arrangement. Amateur photographers are also catered for, and their developing retouching, enlarging, printing, etc., will receive prompt attention. In order to introduce and advertise the opening of the new studios the proprietor has decided to give a handsome free gift, viz., a 15 x 12 enlargement, to every patron who has a dozen photos, taken in the first fortnight from cabinet size upwards. Intending sitters will, therefore, do well to ring up the studio, or call and make an appointment, so as to secure this rare opportunity.
Wanganui Herald, Volume XXXXIII, Issue 12598, 21 October 1908, Page 3 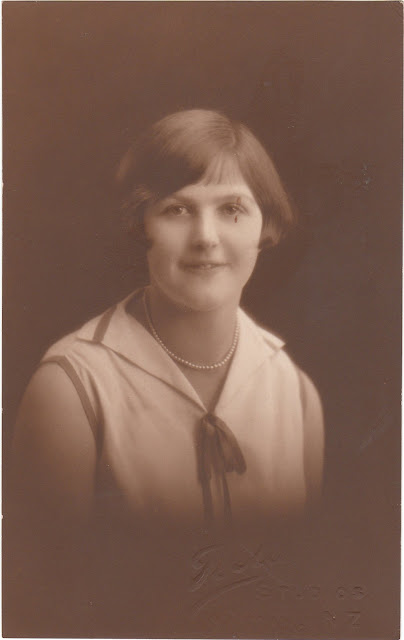 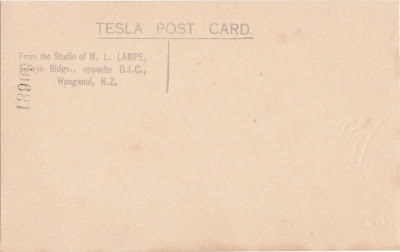 numbered 18909
Posted by Early Canterbury Photography at 12:18 AM