There is at present on view in Zak's Photo Window, Willis-street, the illuminated address which was presented to the Rev. H. Van Staveren by the Jewish congregation. The text of the address is neatly engrossed in Old English lettering relieved by various coloured capital letters. The name of the recipient is embossed in heavy gold characters on a flowing silver band, which, with its vermillion shading, presents a, handsome heading. The borders are in keeping with the general design, carmine scrolls within the gold bands on either side being relieved by wheels in each corner. The address is mounted and finished in a heavy gold frame, and reflects credit on the artist, Mr. Joseph Zachariah, who designed and executed the work.
Evening Post, Volume LXXIII, Issue 43, 20 February 1907, Page 8

A number of interesting photographs of the accident to the pipe bridge at Petone are on view at Zak's photo depot, Willis-street. The photos are taken from different points of view, and give a good idea of the amount of water running to waste.
Evening Post, Volume LXXIII, Issue 67, 20 March 1907, Page 8


JOE ZACHARIAH.
(A Kodax Fiend.)
He's got the happy knack,
Of snapping your dial.
You all know Joey "Zak" -
Look pleasant and smile.


Mr. Joseph Zachariah, who was severely burnt about the face and eyes through the explosion of some magnesia which he was about to use to take a flashlight photograph of a social gathering at Godber's Rooms, Cuba street, in honour of the South Melbourne cricketers, is getting along nicely. Dr. M'Evedy, who was summoned immediately after the accident occurred, expresses the opinion that Mr. Zachariah's eyesight will not be permanently affected.
Evening Post, Volume LXXXV, Issue 21, 25 January 1913, Page 8

MR. Joe Zachariah, of Wellington, who is at present on a visit to Uncle Sam, writes interestingly to a friend of his experiences so far. This is what he pens from his deckchair on R.M.S. Sonoma, in mid-Pacific: "Whether the heavens opened out its flood-gates on the Friday night I left Wellington in order to prevent my friends coming down to wave their cambrics at me in fond, farewell I am unable to say. Captain Neville's presence on board the Manuka as a passenger with his new spouse made Sunday a most religious day, but a concert aft amongst the native Tahitians on their way to Noumea easily counteracted the saloon ceremonies."

Joe Zak had his eyes opened when he arrived in Sydney, and he marvels at the progress made by the City of the Beautiful Harbour. He was greatly impressed by the fine new buildings, and amongst them he mentions a new hotel, of whose culinary arrangements he relates the following amusing little story: "The chef of this hotel," Joe states, "is supposed to be the best paid man in his business in Sydney. One day he was passing through the dining-room while luncheon was on and, noticing a guest applying salt and pepper to his soup, he crossed to the table and removed the diner's soup plate, exclaiming indignantly: "Do you not think that I understand how to flavour my dishes?" The disgusted diner appealed to the landlord, who merely remarked: 'Well, sir, I'm sorry, but my chef is an artist in his particular line, and were you an artist yourself, exhibiting a completed picture at a gallery, would you stand still while a stranger picked up a paintbrush and added a few finishing touches?'

Another leading Sydney hotel Joe Zak mentions to be a great rendezvous for Sydney society folk and liqueurs and cigarettes amongst the fair sex, he says, seem quite the correct thing. Joe is evidently going about with his optics very wide open, for he observes that he saw in a big Sydney drapery establishment a ladies' silk "nightie" marked ten guineas.
Free Lance, Volume XV, Issue 828, 12 May 1916, Page 4


Joe Zachariah, whose forefathers were not unknown in Jerusalem even before New Zealanders camped on that historic spot, is a New Zealander who has been in America for the past two years, and has just returned to "God's Own." He has been helping the Military Census Department of Uncle Sam without pay, and has, no doubt in the meantime had his dark eyes peeled for new ideas. Joe used to run "Zak's" photo emporium in Wellington, really a journalistic branch of the "Sun" picture business. Things would happen at eight o'clock in the morning, and "Zak" would have the photographic record of it staring at you from his window before noon.

If the daily paper reporter hurtled to a distant fire, per bike, car, or cab, or went to a murder, a funeral, or a feast, he'd find a "Zak" man already there with his black head buried in a black cloth taking a snap.

Joe is the brother of "Charlie," an important Government official, who used to play in amateur opera, and who was the weirdest "Gobo" who ever wore black skin tights. Charlie's official signature is calculated to drive people to Porirua, Avondale, or Seacliff. The "Zaks" are sons of a Jewish rabbi, and bright in the intellect, but they have often allowed real money to gallop past without worrying a threepenny phylactery about it.
Observer, Volume XXXVIII, Issue 16, 22 December 1917, Page 4 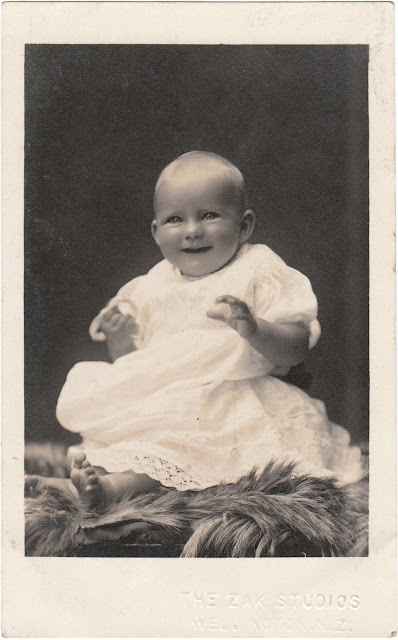 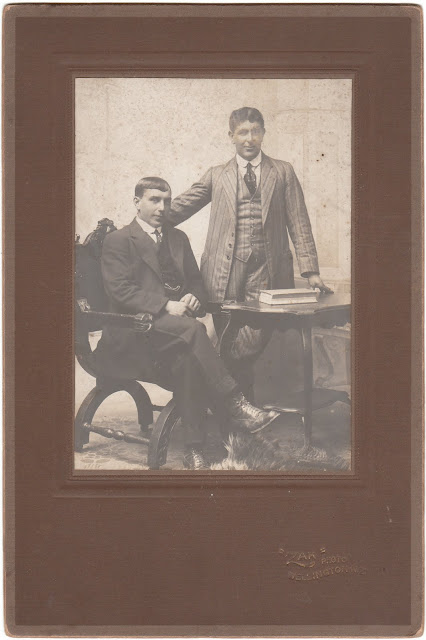 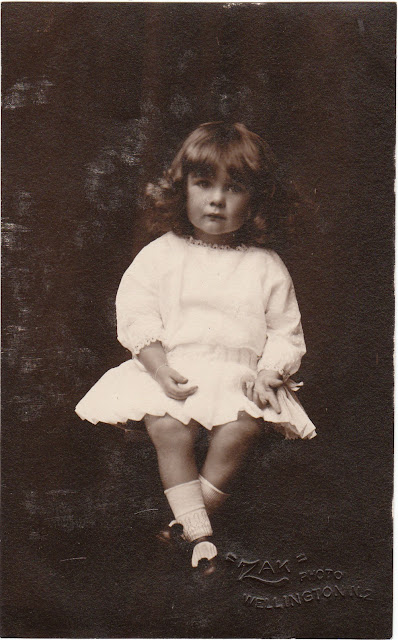 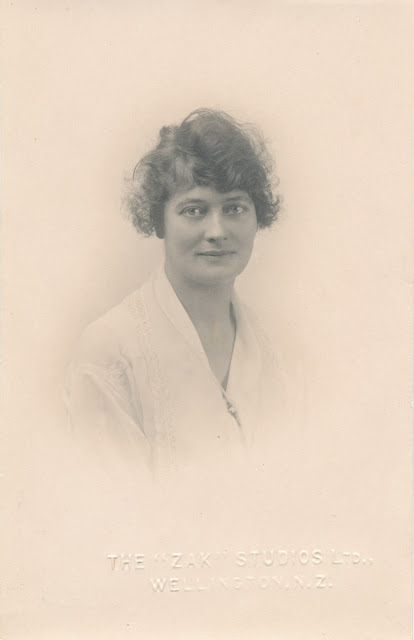 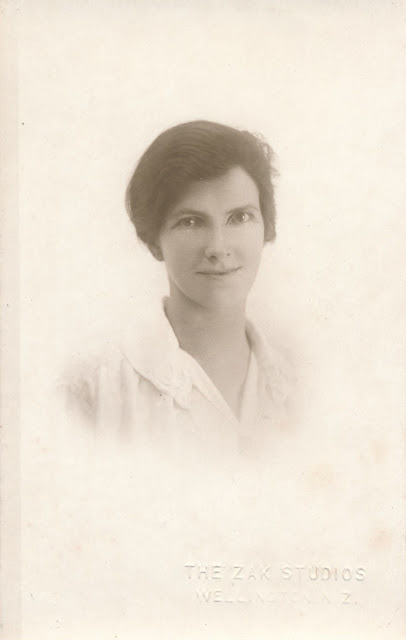 
The Rev. Mr Zachariah, wife and family were passengers by Cobb's coach to Christchurch this morning. We regret to learn that they are leaving Hokitika for good, the reverend gentleman having accepted the appointment of minister to the Hebrew congregation of Christchurch. It is now three and a half years since the Rev. Mr Zachariah came to Hokitika to minister to the spiritual wants of his co-religionists and during that somewhat lengthy residence amongst us he has gained the unfeigned esteem of all who knew him, by his many excellent qualities and the active, though unobtrusive exercise of the duties that fall to a minister of religion. The regrets of his congregation at his departure will he shared by many outside the Hebrew creed. We wish him and his family every success in the new field of his labors.
West Coast Times, Issue 1412, 5 April 1870, Page 2


Obituary
Cabled advice has been received of the sad death in New York from heart failure of Mrs. E. Zachariah, relict of the late Rev. I. Zachariah (for over 30 years Rabbi of Canterbury, New Zealand). On the death of her husband in Christchurch some years back, the deceased lady, with her three daughters, decided to make their abode in U.S.A., and the latter have since become famous in the designing world of New York and Paris. The deceased lady led a life of unusual activity, being connected with many philanthropic and social service organisations right up to the, last. Her Red Cross work during the war earned her the distinction of a Cross of the British Empire, and her kindly nature made her loved and esteemed by all who knew her, regardless of creed or faith.