Havelock Williams was born in Wellington the son of John Havelock Williams and Hannah Williams nee Sharp. The family moved to Christchurch in 1889 and in about 1909 he moved to Timaru to play in Timaru's first permanent vaudeville and cinema show. Later he established a photographic studio at 276 Stafford Street, Timaru.

On the retirement of William Ferrier he took over the photographic work for the Timaru Harbour Board and was the official photographer for Rodolph Wigley's Mount Cook Motor Company. The studio closed about 1936 or 1940. In 1940 S. A. Bremford was operating from the address.
from Havelock Williams 1884-1968 With My Camera for Company - edited by Diana Rhodes 2003 Hazard Press Ltd 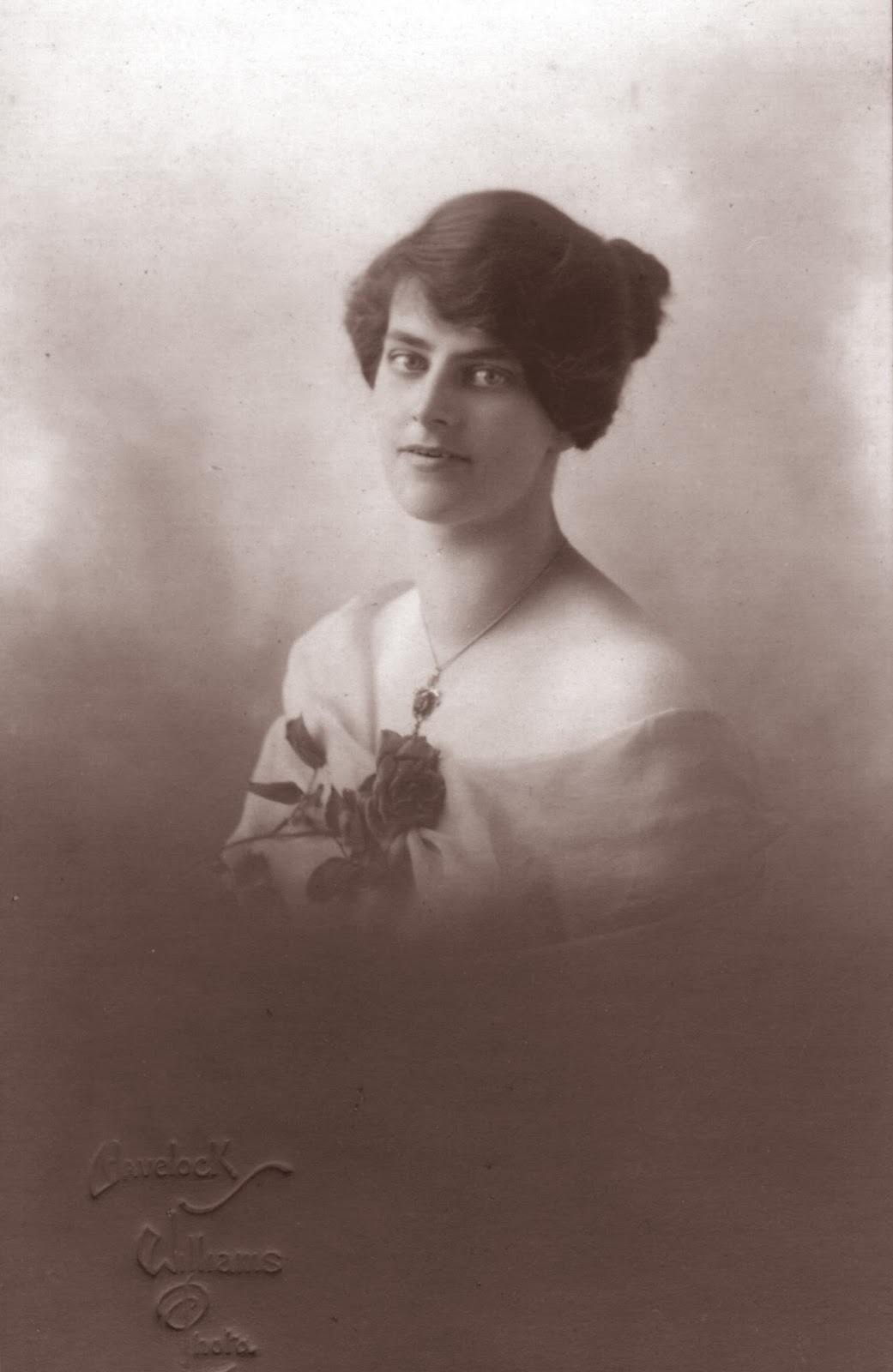 Among the fine groups of photos in the practice room of the South Canterbury Battalion Band, may now be seen a handsomely framed enlarged photograph of the band in attendance at the camp held at the Timaru Park in October last [1910]. The photo and mounting is the work of Mr Lock Williams of this town. It was presented by him to the band, and reflects great credit on his artistic ability.


Mr A. Chiaroni, of the Art Depot, Arcade, wishes to inform the public that owing to the expiry of his tenancy he sold out yesterday his entire stock, to Mr Lock (sic) Williams, Stafford Street, for whom he bespeaks a continuance of the patronage that has been accorded to him.

Visitors to the Art Exhibition should bestow a glance upon the photography exhibits on the left hand side of the entrance hall. Some of these are artistically as well as skilfully done. The unusual lighting effects, and the mezzotint tone of some of Mr H. Williams's studies are particularly noteworthy.

The Kinetoscope.
A Clever Invention.
What the Phonograph is to the ear in the domestic circle, Edison's Kinetoscope is likely to become to the eye. Mr Havelock Williams has obtained the agency for these miniature biograph machines, and when he gave in the narrow limits of his shop window, a "demonstration" on Saturday evening, the footpath was blocked by an eager and admiring crowd. It is a wonderful little machine, worthy of Edison's genius. The whole apparatus can be easily carried under the arm, yet it will produce a picture 10ft by 8ft. In the demonstration the picture on the screen could have been measured in inches and if enlarged to feet would not have been so bright and clear, but as shown the picture were large enough to be well seen, by a considerable number of people.

The film pictures are surprisingly small — three rows of them with spares between, on a film of ordinary width, of course they are much shorter than a picture-house film, shorter in subject, and shorter for the subject, the pictures being so minute. So that a "reel" is less than three inches in diameter.

The demonstration proved that the Kinetoscope is a practicable instrument, and with a system of "reel-exchange" to lessen the running cost, it seems likely to have a career. Mr Williams used an electric light, with a miniature arc light but other lights can be used.
Timaru Herald, Volume XCVIII, Issue 15212, 2 December 1913, Page 4


THE GRAND ... On Monday next the management intend screening as a special attraction a nature study of a nursery of sea-mews [birds]. This picture has been taken at the head of the Washdyke Lagoon by Mr Lock Williams.


He [Councillor Murphy] would not advocate a big expenditure on the Bay [Caroline Bay] as the Council could not afford it, but necessities must be provided if the Bay was to hold its own against other resorts. He approved of the suggestion of Mr Lock Williams that the Council should subsidise the taking of some pictures of the Bay for exhibition on picture screens; it would be an excellent method of advertising the Bay.

That the Council accept Mr H. Williams's offer for advertising Timaru by means of pictures to be approved of by the committee, cost not to exceed £20.


THE GRAND. The Grand Trio played a special overture last night, and the large audience loudly applauded this very fine selection. The first picture shown was a local picture, taken by the manager of the Grand, Mr H. Williams, and showed scenes connected with the visit of the hospital ship Marama on Friday last. The photography is wonderfully good and clear, the happenings being shown very plainly. Among the many items shown are the High School Cadets, the nurses on board, and the crowd on the wharf. Many people in the audience easily recognised themselves in the crowd. A very good Gazette, dealing chiefly with the war, was next screened, and was followed, by another Metro Travelogue ...


At Mr F. Nash's (who has kindly lent his window for the purpose), a very fine display of photographs may be seen. These photographs are from the studio of Mr Havelock Williams, and they present a very graphic illustration of the spectacular reveille to be given at Waimate on Monday night next ...


The vestibule of the Art Exhibition contains some really artistic studies showing views of the West Coast, Mount Cook, and the Southern Alps and various other beauty spots of the South Island.

These are the work of Mr Havelock Williams, and are samples of art colour and photographic production that will afford many of the pleasures of the superb paintings in oils with a trueness to life which only great masters can give to the canvas.

In the Mount Cook district there is a fine view of a kea standing on the slopes of a glacier; a clear, vibrant picture of Mount Cook itself, with its atmosphere still and silence-conveying, with its eternal snows glistening in a summer suset (sic). The Hockstetter ice running into the Tasman Glacier is also shown; a high-country musterer is seen standing with a contemplative gaze on the Sealey (sic) Range, and Malte Brun and a Lake Tekapo sundown all give a panoramic idea of our high country.

A well-known M.P. is also on view walking behind a large flock towards the setting sun. Other views show Stewart Island, a pastoral study at Cave, the Buller Gorge, and the Cosmos, in the Dart Valley, on Routeburn, to Milford Sound.

There is also a good display of artistic portraiture, character being the predominant feature that the artist has tried for and has succeeded in depicting.
Timaru Herald, Volume 170, Issue 170217, 13 May 1920, Page 7 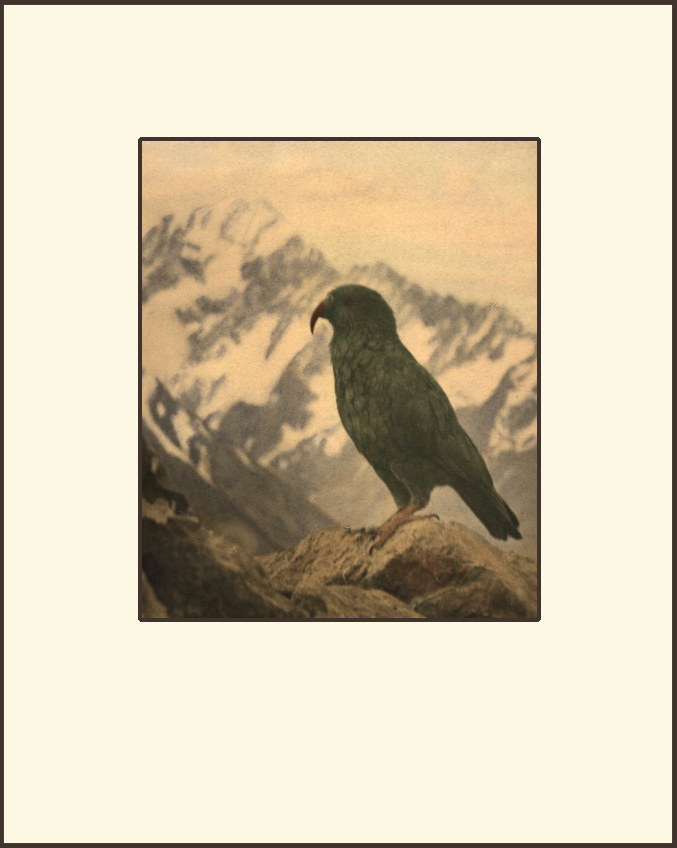 "a fine view of a kea standing on the slopes of a glacier; a clear, vibrant picture of Mount Cook itself, with its atmosphere still and silence-conveying, with its eternal snows glistening in a summer sunset"
photograph courtesy of Diana Rhodes

Over Waiho Glacier.
Flight by Aeroplane
(By Telegraph - own Correspondent.) HOKITIKA. this day.
Captain Buckley, with an Avro aeroplane, who is here in connection with the Exhibition, flew South on Tuesday evening. He left Hokitika Beach at four o'clock for Waiho glacier, which was reached in an hour. His passengers were Dr.Terchelmann [sic] (Dr. Ebenezer Teichelmann), and Mr. Havelock Williams, of Timaru. The glacier was traversed by the flying machine and photographed, but the high mountains were too cloudy for photography. The aeroplane landed at Okarito Beach for the night. Yesterday the aeroplane had to be transported across the river to the north beach to secure a better taking-off ground.

This was safely accomplished on a punt and boats, and in the evening the aeroplane, with its party, returned to Hokitika, having done the trip in 45 minutes. The trip is described as the most enjoyable. The whole West Coast with mountains in the background, presented a wonderful sight. The varied character of the bush and lake scenery were quite enchanting as seen from the air.
Auckland Star, Volume LV, Issue 20, 24 January 1924, Page 7

In connexion [sic] with the Empire Exhibition, [British Empire Exhibition 1924-25] recently the Timaru representative of the "The Press" was given a private view of 36 pictures of the famous South Island beauty spots. These pictures are photographs, size 32in by 22in, artistically and naturally coloured, and are the work of Mr Havelock Williams, of Timaru.

Mr Williams has been engaged by the White Star Services, Ltd., to produce the pictures, and the company is lending them to the New Zealand Government for hanging at the Exhibition. They are flamed in gold, and have aroused a good deal of interest in art circles in Timaru. The pictures give a very comprehensive idea of South Island scenery, the glimpses are given of the Franz Josef Glacier, Mount Cook, Milford Sound, the West Coast, Akaroa, Westland, Nelson, and similar tourist haunts.

From an art point of view alone, the pictures will arouse great interest at the Exhibition, and the publicity value will be incalculable. The collection should have a widespread effect in advertising the claims of the South Island throughout the world. The collection will leave New Zealand next week by the last boat taking exhibits.
Akaroa Mail and Banks Peninsula Advertiser, Volume XCIV, Issue 5171, 11 March 1924, Page 2 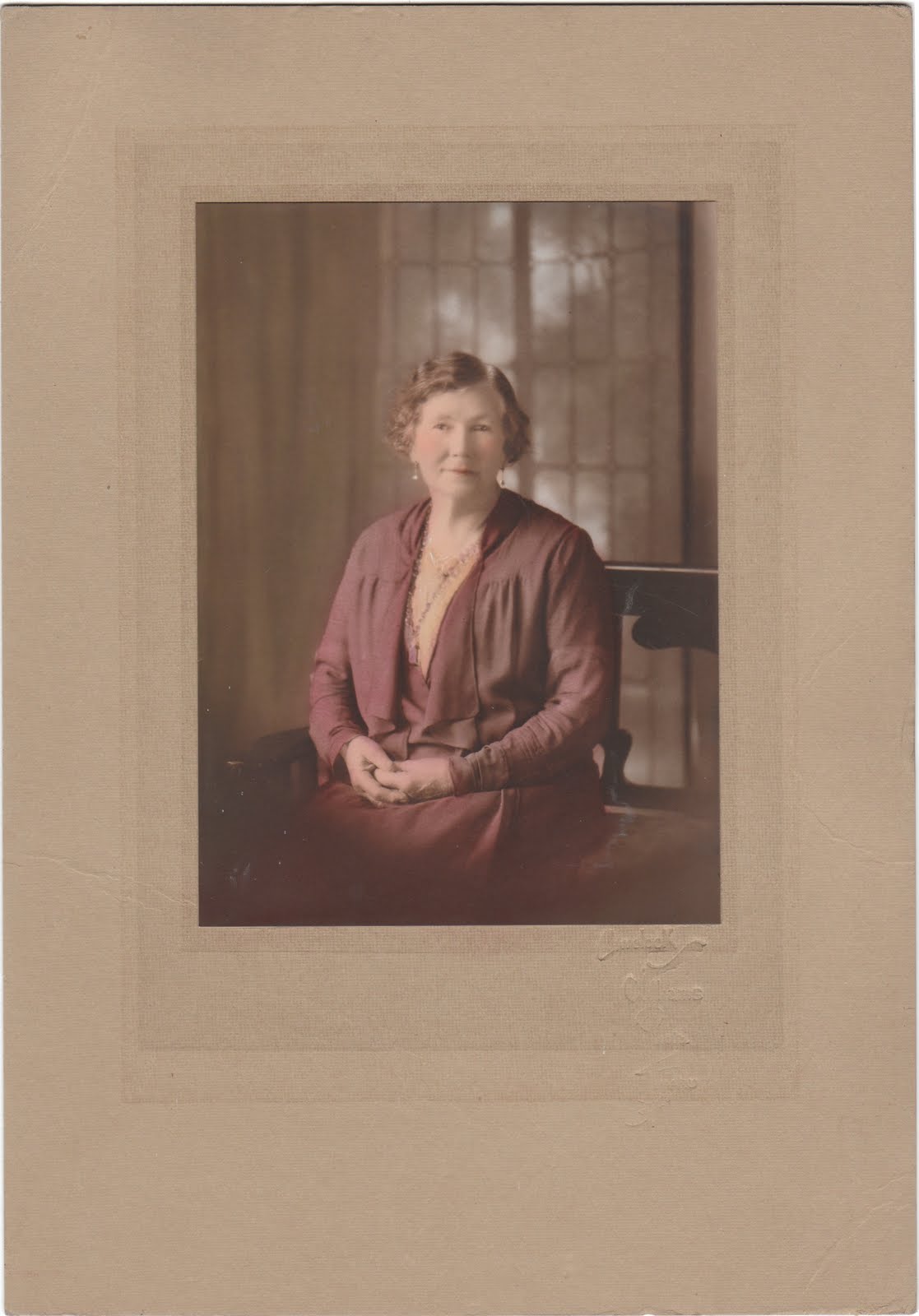 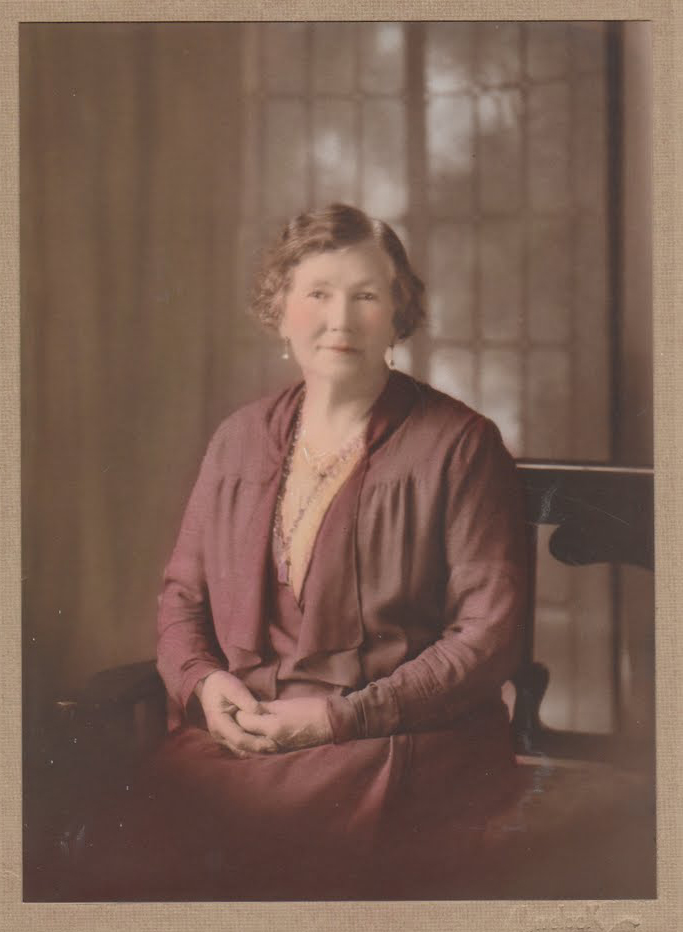 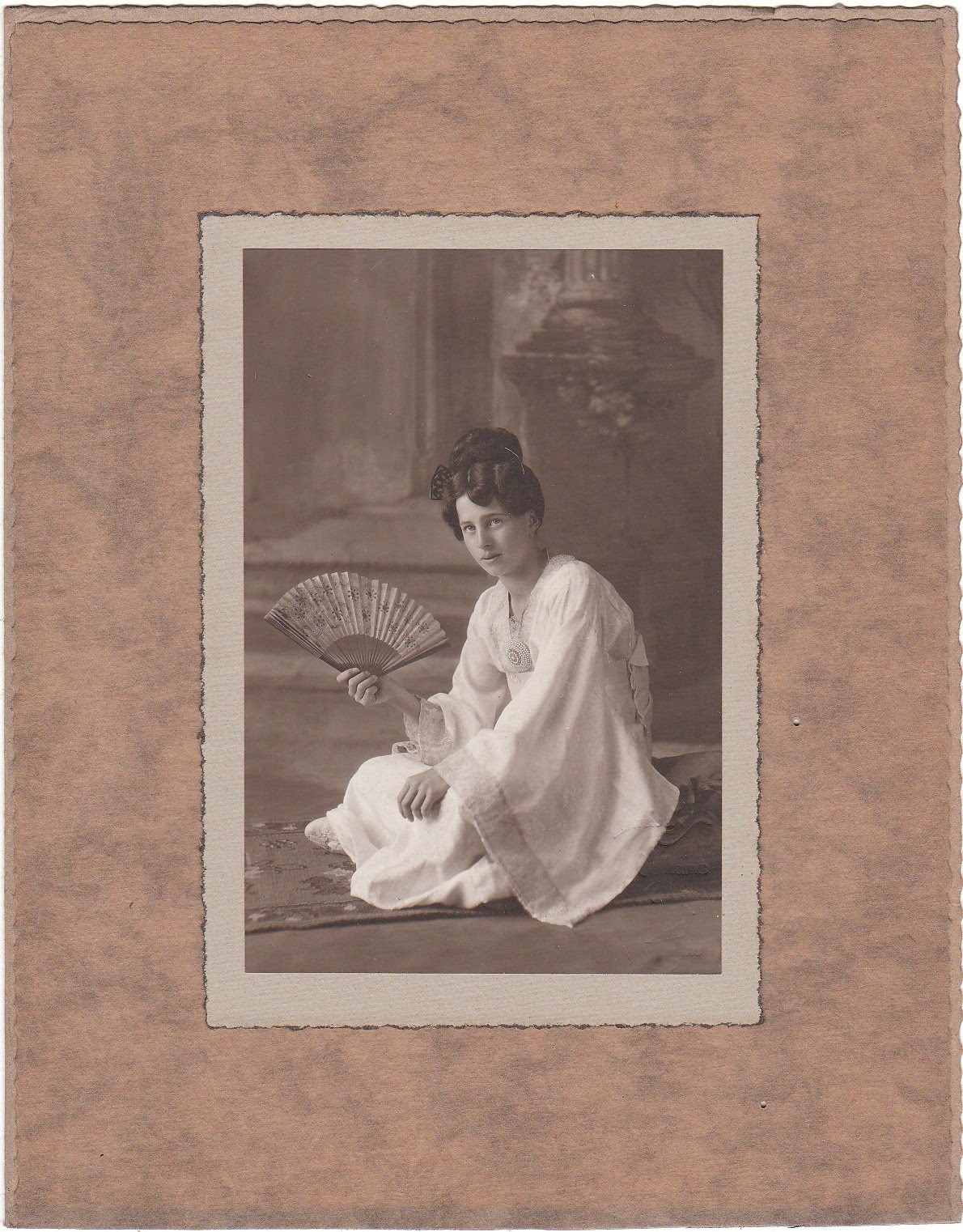 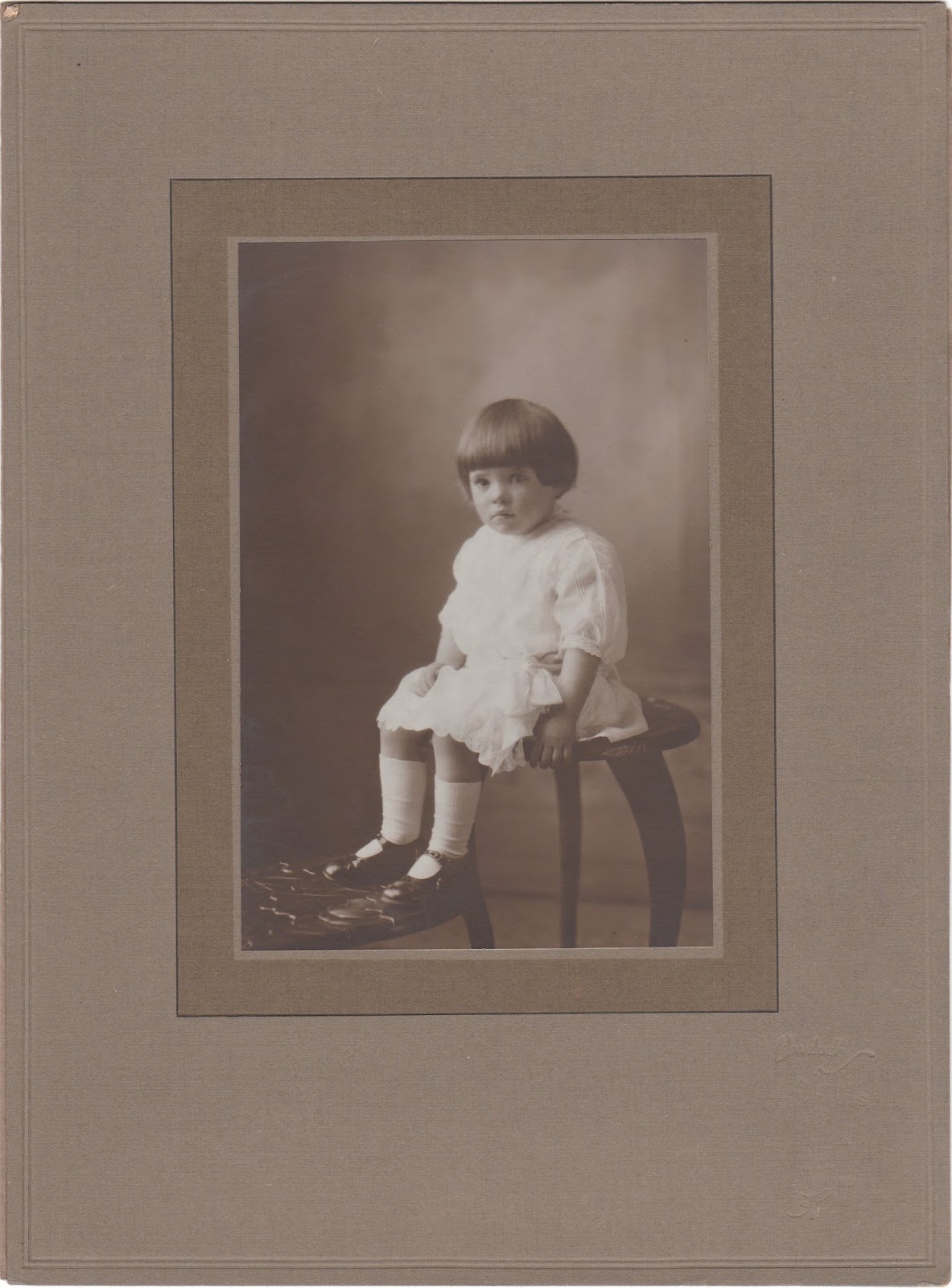 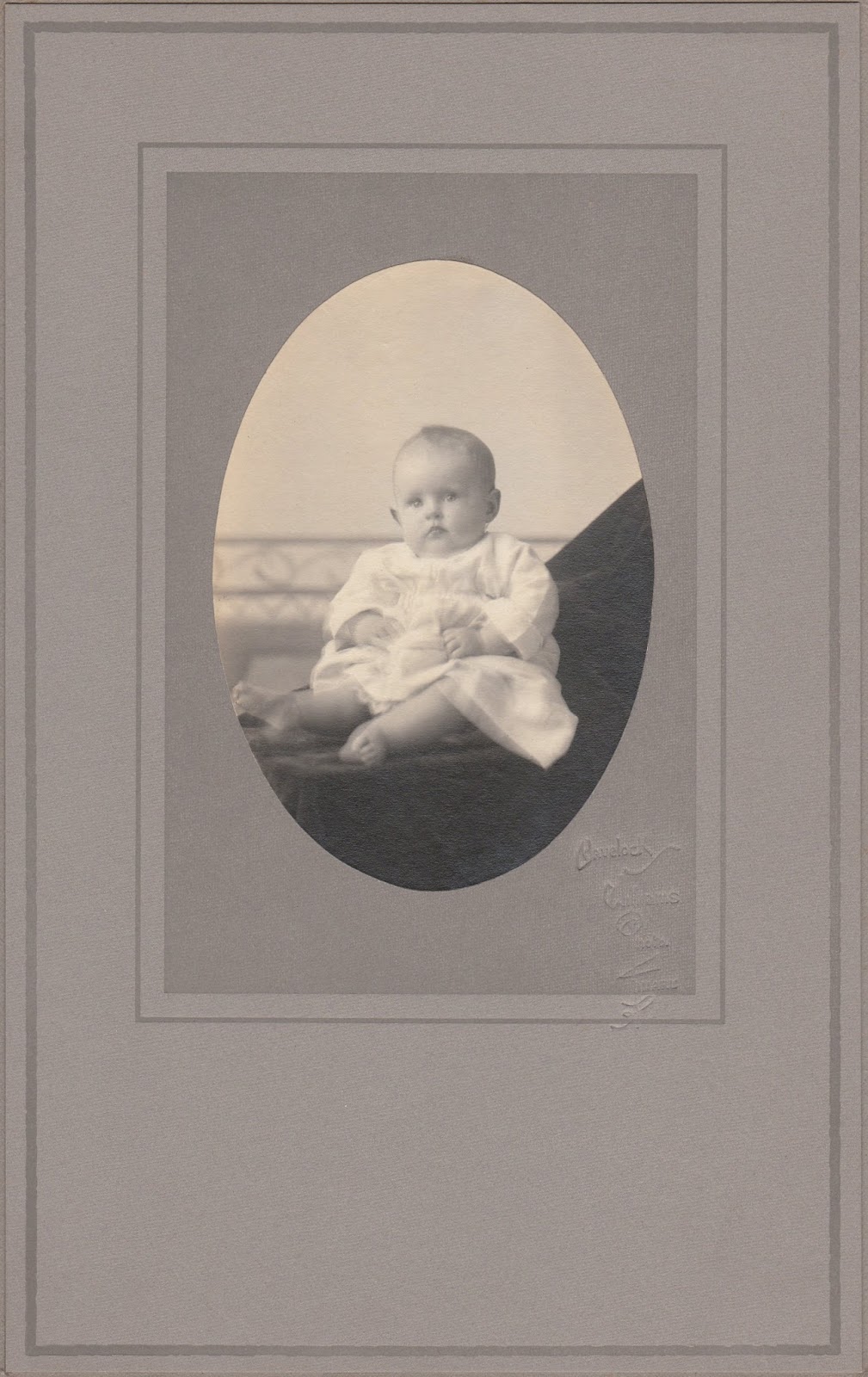 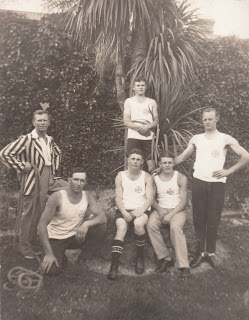 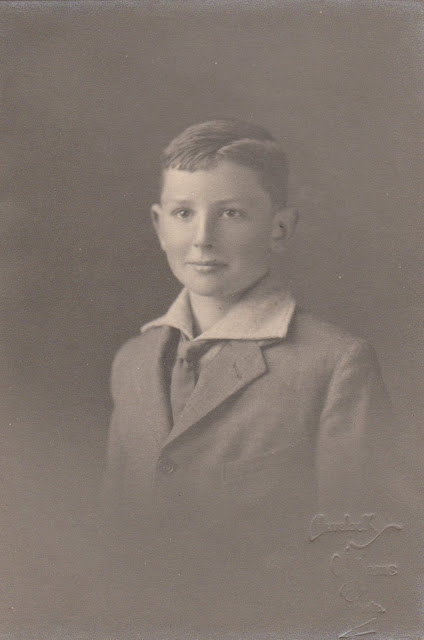 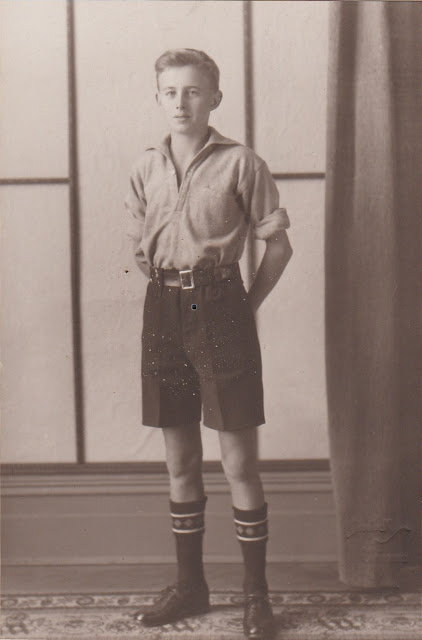 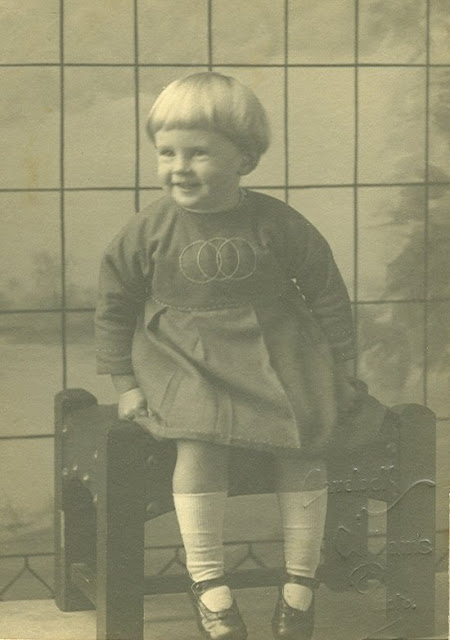 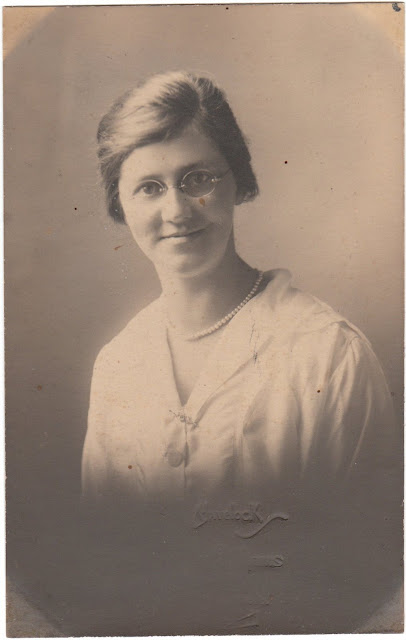 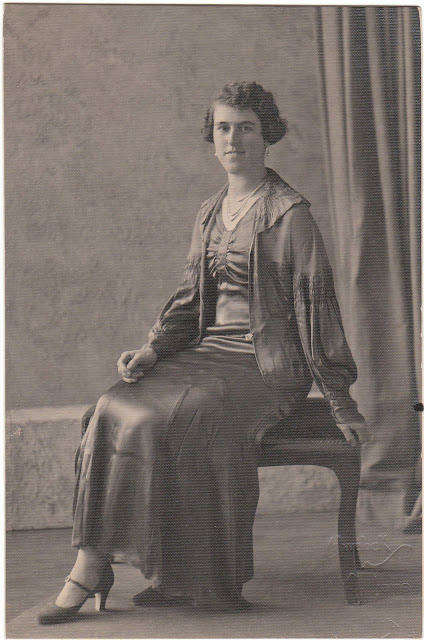 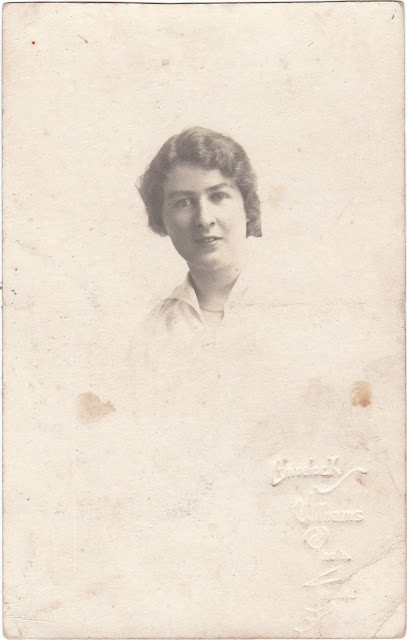 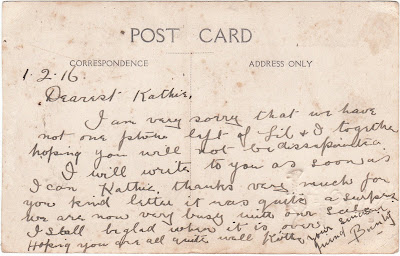 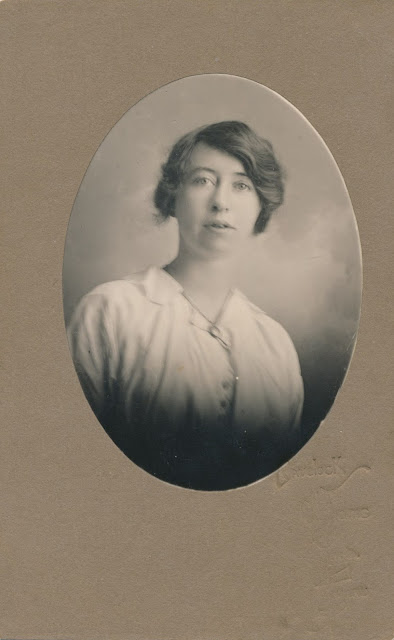 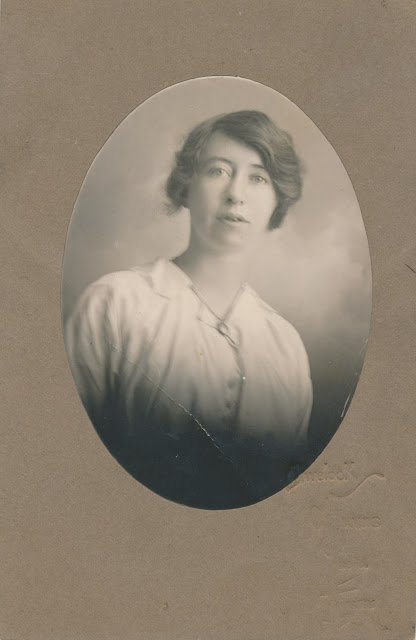 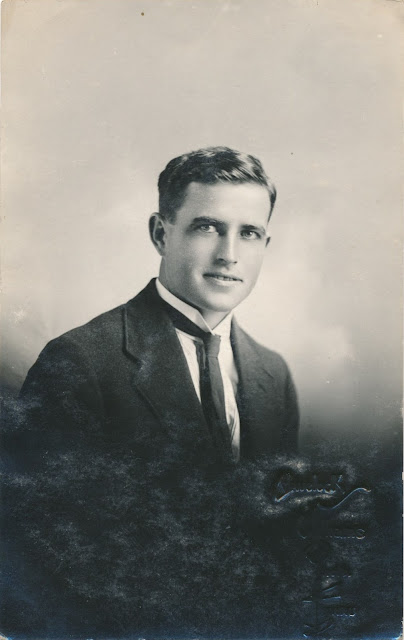 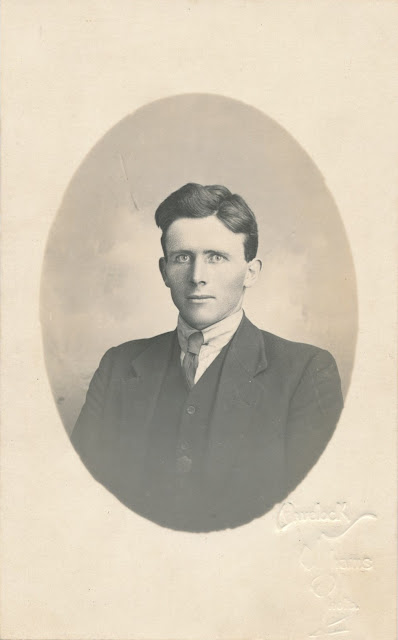 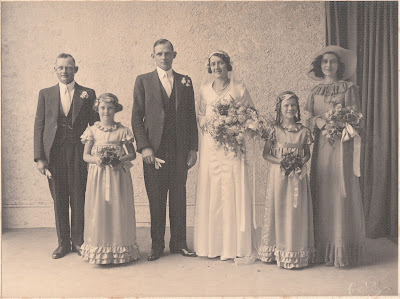 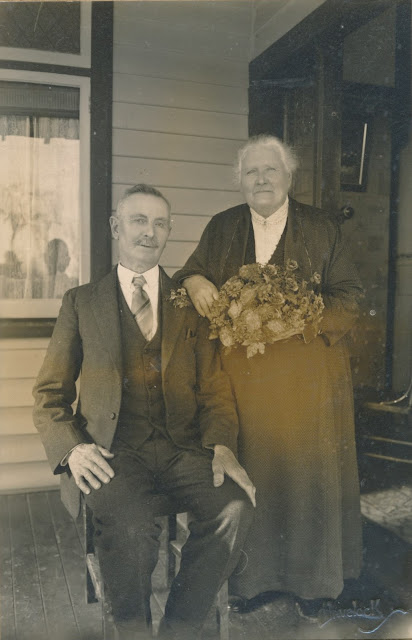 With My Camera for Company:
Adventures & Images of a Pioneering New Zealand Photographer
edited by Diana Rhodes


Amazon.com
One hundred years ago, Havelock Williams bought an Underwood Studio Camera and set himself up as a professional photographer. Born in the North Island in 1884, Williams died in the North Island in 1968, but he spent about half a century as a South Island Cantabrian, and a husband, father, photographer and musician, in what his daughter and biographer Diana Rhodes often calls his first life. Her mother, her four siblings and she all belong to Havelock's second life, which began in the North Island at a point when most men are considering retirement. This is an unusual book, because it contains the fascinating stories from Havelock William's first life, written at the end of his second life. As an old man, he committed these stories to paper in the 1960s but they remained unattended until the 1990s. In the past 10 years Diana has edited, researched and illustrated them, more than one hundred years after the events in the first story took place. The stories are a mixture of personal reminiscence and New Zealand history, told by one who was not only there, but who recorded it with what he called the third optic his camera. He must have known that he had captured photographic images of so many of his stories, but it never occurred to him that the pictures could later be located, identified and used to illustrate them. Diana's undertaking to research, identify and bring the two dimensions together has resulted in a charming and compelling story illustrated with photographs that are in many cases the first of their kind taken in New Zealand, and which provide an extraordinary glimpse into the many realms Williams' camera took him, from theater to skies over more than fifty years.