The business was originally established as Dimond Brothers in Melbourne in 1886. In 1891 Mr. J. D. Dimond opened a branch of the business in Adelaide, South Australia, which he subsequently took over on his own account and conducted personally for two years. He came to New Zealand in 1893, and was joined by Mr. Hart, establishing the present firm. The Adelaide business, Mr. Dimond has since sold to Messrs. Dimond Bros, of Melbourne. Messrs. Dimond and Hart transact business throughout the entire Colony, being represented by responsible agents.

Sudden Death. Mr Joseph Davis Dimond, a photographic enlarger, died very suddenly at his residence, Strickland Street, Sydenham, on Saturday afternoon. Mr Dimond was returning home driving a horse and cart about 4 p.m., and just when inside his own gate the horse shied at something, and Mr Dimond fell from his seat into the bottom of the cart and did not move. He was got inside the house, and Dr Diamond, who was passing, was called in, but could only pronounce life to be extinct. The deceased had been attended by Dr R. M. Anderson for some time, and as he was prepared to give a certificate to the effect that death was due to heart disease, an inquest will not be necessary. Mr Dimond, who was fifty years of age, leaves a widow and five children.
Lyttelton Times, Volume CVIII, Issue 12933, 29 September 1902

Stephen Hart, of the firm of Dimond and Hart, who has been confined to his home for the past twelve months, died last evening at his residence in Karori. The deceased gentleman has resided in Wellington ever since his arrival in New Zealand some eighteen years ago [about 1891] when he (in conjunction with the late Mr. Dimond) established the business which bears their name. Mr. Hart leaves six children, Messrs. Henry S. and F., 0. Hart, Misses Marion, Olive, Elsie, and Mona Hart. Mrs. Hart predeceased her husband some , five and a half years ago.
Dominion, Volume 2, Issue 588, 17 August 1909 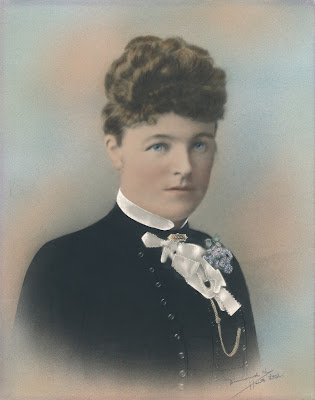 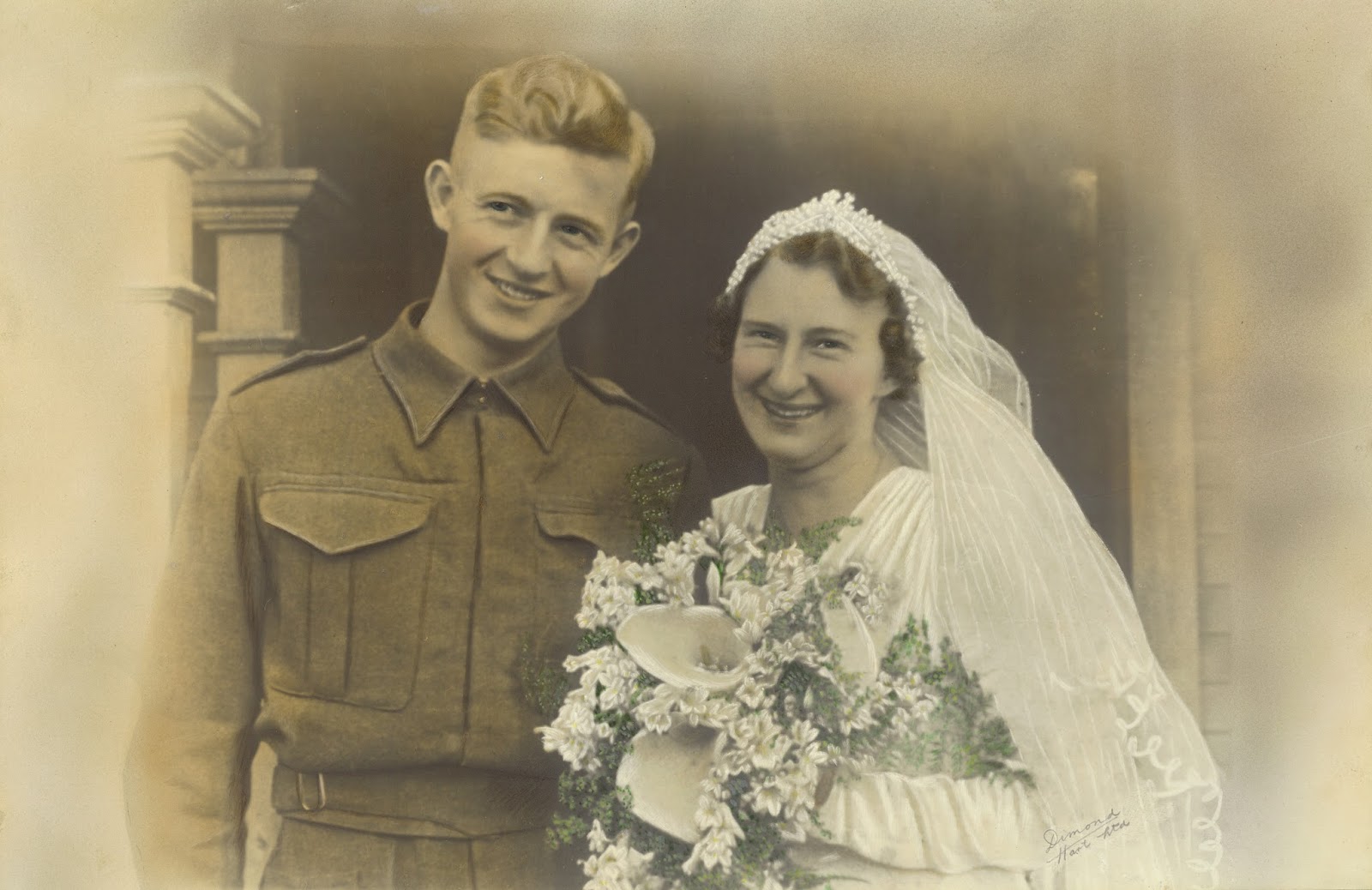 above - the reverse of this wedding photograph hand coloured by Dimond and Hart is inscribed "128/196 Perham N Beach." This is likely to show Mr and Mrs Perham of North Beach, New Brighton, Christchurch. 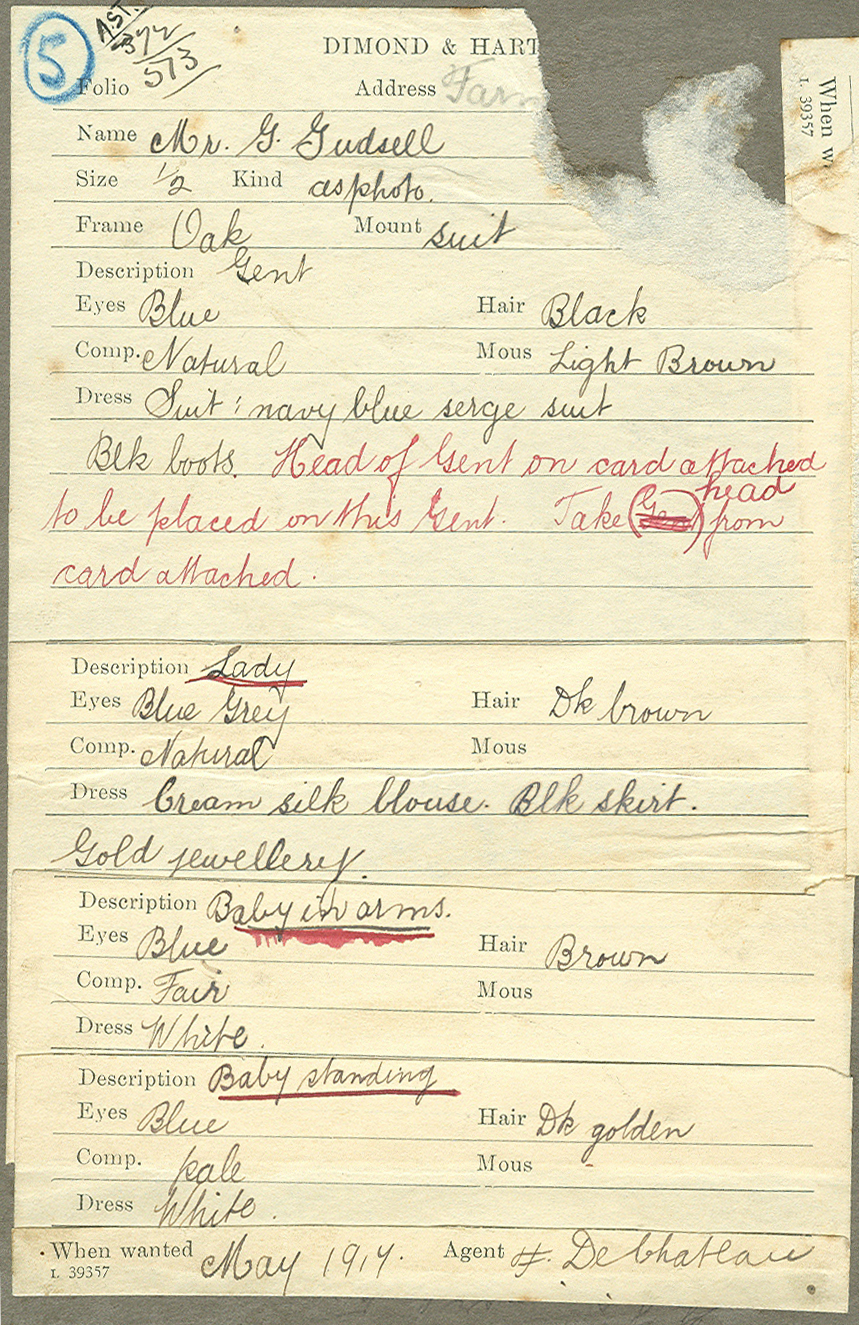 above - instructions for Dimond and Hart to colour and frame the photograph shown below of George Victor Gudsell and family. 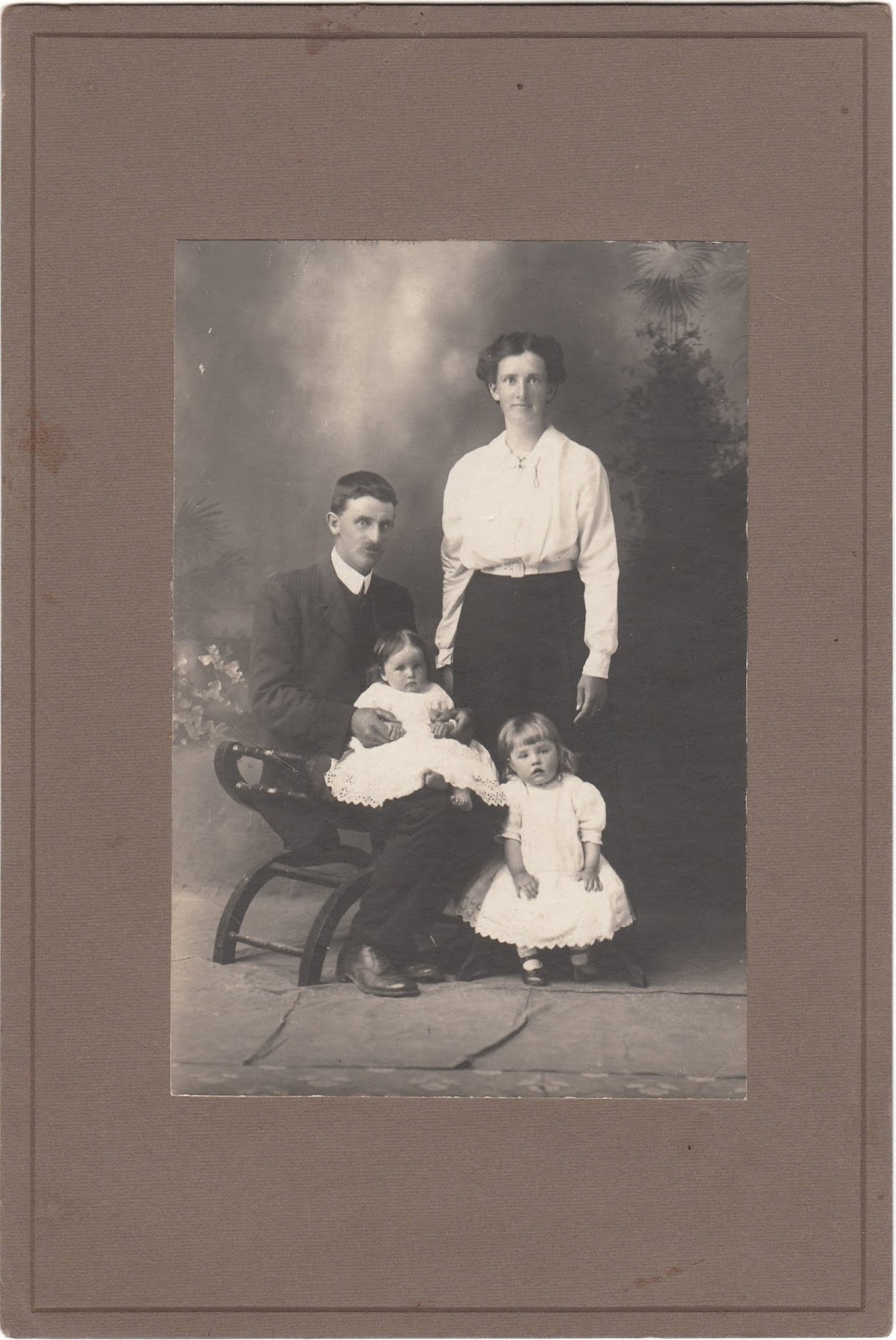 George Victor Gudsell with his wife Lily Louisa Gudsell and their children Vera and Joyce Gudsell.
A photograph dating from 1916 or early 1917 by James Alfred Willoughby, Geraldine. 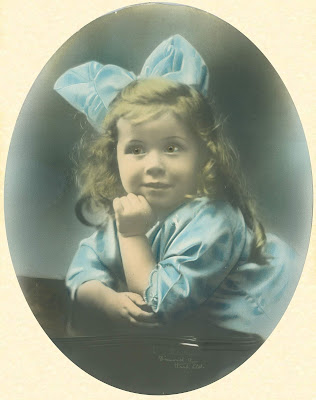