The 1905-06 Westland Electoral roll shows her as a photographer's assistant.

We regret to have to record the death of Mrs Bourke, wife of Mr David Bourke of this town. The deceased lady has been resident amongst us for the past 30 years, and during that time has made a host of friends, She was a native of County Tipperary, Ireland, and was in her 73rd year at the time of death. She leaves a family of three daughters, all of whom are residents of the town and well-known, and the sincerest sympathy of their many friends will be extended to them and Mr Bourke in their bereavement.
West Coast Times, Issue 14479, 10 August 1908

It is with regret we record the death of one of Westland’s sterling pioneers in the person of Mr. David Bourke, of Revell Street, who passed away this morning at the advanced age of 84 years after a short illness. The deceased, who was a native of County Limerick, Ireland, arrived in the Dominion in the early sixties, and for upwards of fifty years has been a resident of Hokitika, respected by all who knew him.

He leaves a family of three daughters, Sister Mary Elizabeth of the local Convent of Mercy [probably Margaret Bourke], Mary the well-known photographer, and Katie to all of whom the heartfelt sympathy of a wide circle of friends is extended in their bereavement.
Hokitika Guardian, 3 January 1919

Miss Burke [sic], who was associated with the late Mr John Tait and also with the Tasma Company for fourteen years, announces that she has opened a photographic studio in the premises immediately opposite the Freemasons Hall, Revell street. For the first month a 12.x 15 enlargement will be given free with every dozen cabinets. A speciality will be made of wedding and other groups. Miss Burke’s [sic] business announcement will appear in to-morrow’s issue. 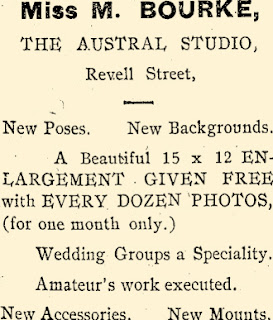 
The photograph of the team of the Excelsior Football Club on view at present at Miss Bourke’s Austral Studio is an excellent sample of the photographic art, and the members of the Club are pronounced in their expressions of satisfaction and pleasure over the fine picture of their men. The group is a striking one indeed, and the excellent effect obtained reflects upon the photographer, Miss Bourke, the highest credit for her high-class workmanship.


Miss Bourke, photographer, wishes to notify that her studio will be closed for one month.—Advt.


Miss Bourke, Photographer, wishes to notify that her Studio will he closed for two weeks.—Advt.

That well-known photographer, H. C. Peart, is opening in Miss Bourke's studio on the 1st. August. His scenic work is sold all over New Zealand and he is equally good at portraiture and enlargements.
Hokitika Guardian, 25 July 1938 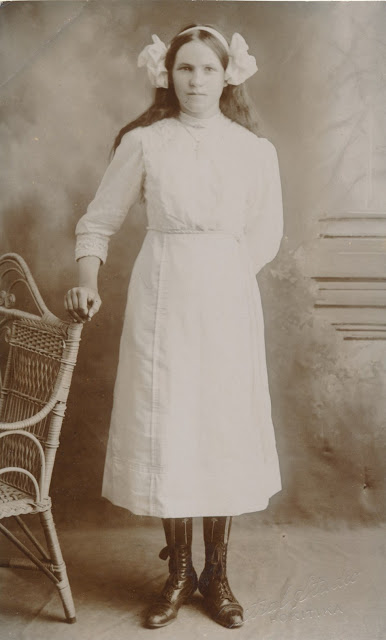 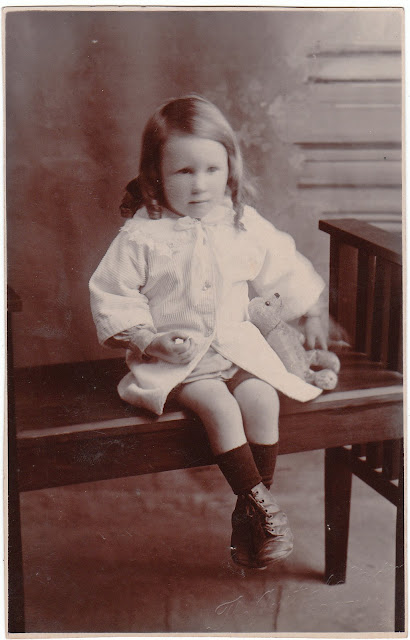 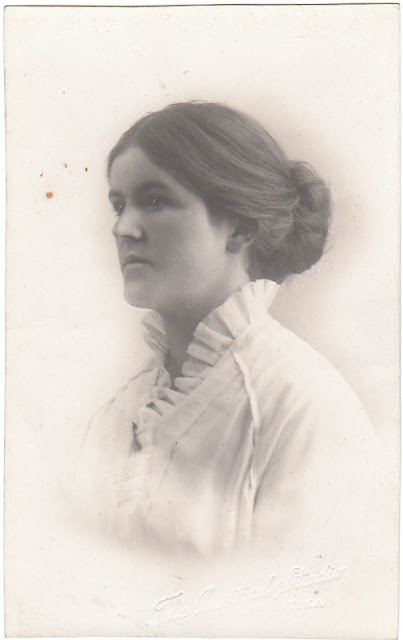 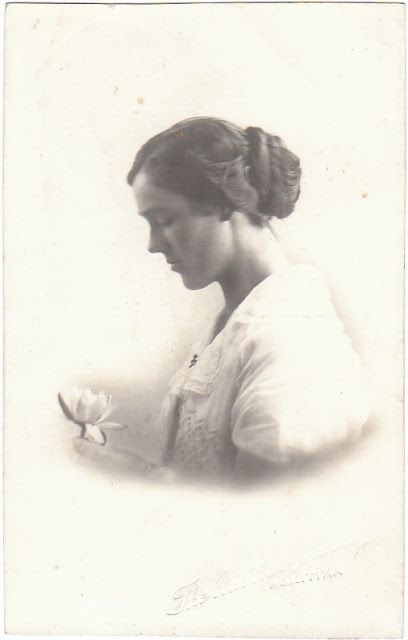 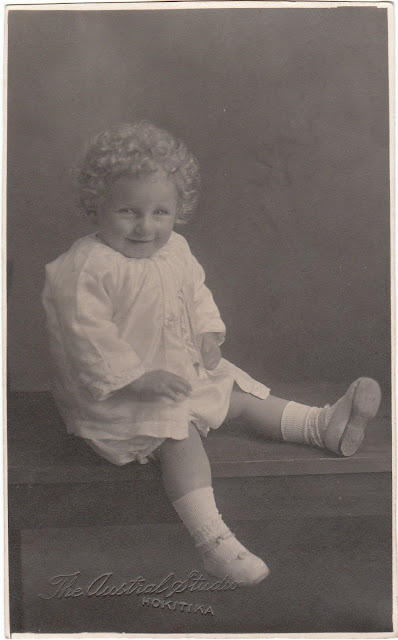 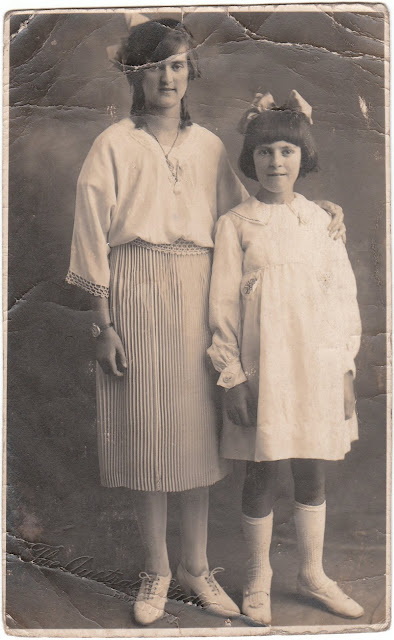 What a great picture. Love all the photos.
regards,
Paul, Den Haag, NL