This business opened in Revell Street, Hokitika in November 1902, the manager was F. M. Agnew from Melbourne, he had also previously worked for Downey and Co. in London, H. S. Litchfield also worked for the company.

The show windows of the Tasma Photographic Studio in Revell Street have been been attracting a great amount of attention during the holidays. Some excellent photos recently taken are on exhibition, and it is safe to say no better photographs can be shown in any studio in New Zealand. The most modern styles can be obtained at the Tasma Company's rooms and at very reasonable charges.
West Coast Times, Issue 13076, 31 December 1903, Page 2

A large variety of excellent post cards, on which are depicted views of local interest, are on view at the Tasma Photo Company's shop, Revell street. Mr J. E. Dawson, proprietor, has gone to a great deal of trouble to procure the most interesting souvenirs suitable for Christmas and New Year reminders. The cards are to be procured in "Black and White" and coloured photography and in this connection the high class artistic work of Mr Dawson is especially noticeable. A visit of inspection is invited.
West Coast Times , 21 December 1909, Page 2 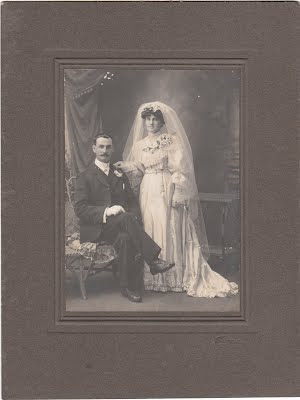 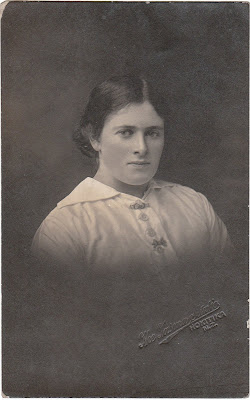 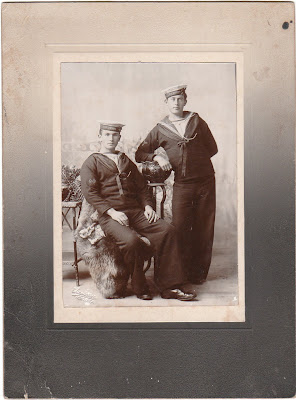 belowother photographs of Bob Sweney
by
George Hillsdon of Lyttelton. 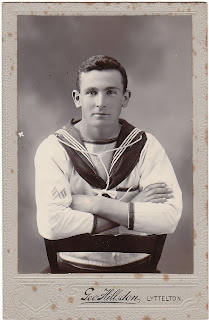 25 January 1907
To Mother
From her loving son
Robert H. Sweney
below: other photographs of Bob Sweney
by unknown photographers. 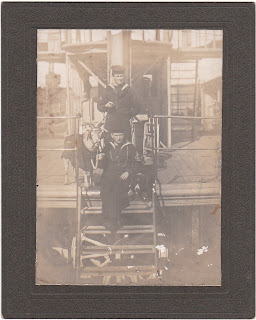 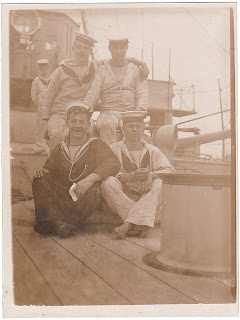 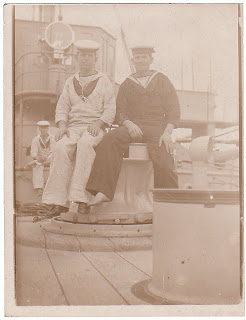 There are 3 known photographs of the warships Challenger, Powerful, Pegasus and Prometheus of the Royal Navy's Australia Station at Lyttelton in early 1907.

I'm not sure what's going on with these photos, one which has the date 25.12.07 was taken in Hokitika and shows the men with HMS Phoebe on the bands of their hats. However it seems the HMS Phoebe was sold off in 1906. One of the amateur photos also shows the HMS Phoebe. I've not been able to find much about the HMS Phoebe and if she was ever in New Zealand or Australia. I suppose the date on 1907 photo could be the date of the inscription, (the date he sent the photo to his mother) rather than the date the photo was taken.

John Edward Dawson of the Tasma Photo Co. was my great grandfather, if you are wanting more information. A couple of his photographs are held at the National Archives in London (including one of William Ewart Gladstone).