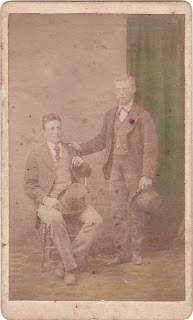 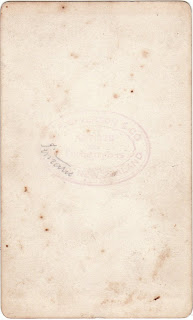 Fire. — A marquee, erected by Mr S. P. Syversen as a photograph studio, on a piece of ground the property of the Union Bank, on the Main South-road, was destroyed by fire yesterday morning. It appears that while Mr Syversen was searching for something in the dark room with a lighted match in his hand, the tent caught fire, the flames spreading rapidly. A number of people were quickly on the spot, and the fire was soon extinguished, but not before it had burned about two-thirds of the marquee, and injured a portion of the camera, chemicals, and other stock. The accident is very unfortunate for the man, for he had only just completed the marquee, and intended commencing business to-day.


SIGVART P. SYVERSEN, native of Norway, is requested to write to his mother, in Kragero. Whoever can give information about him will greatly oblige by writing to Messrs Johnson and Archer, 147 Fenchurch street, London. He left Woodlands, New Zealand, for Melbourne, about three years since.

Timaru 31st December 1876
A fire occurred at 3 o'clock this morning at a house belonging to the public trustee for the heirs of the late Dr. Levy. It was occupied by a Norwegian photographer named Syverson, who took in boarders. Everything was destroyed owing to a want of water. This is the second time Syverson has been burned out in Timaru. He was insured. The fire was caused by the upsetting of a kerosene lamp.