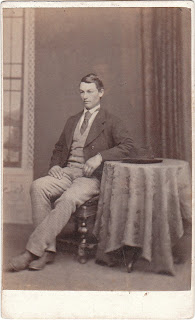 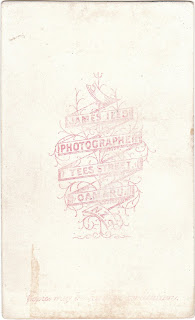 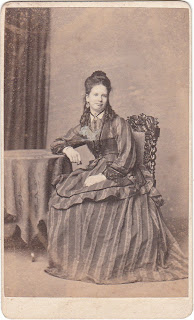 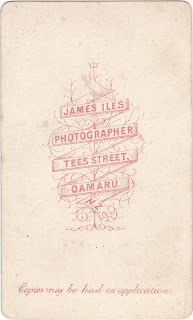 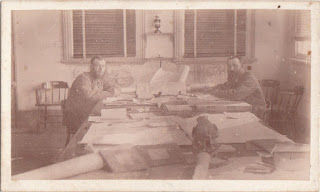 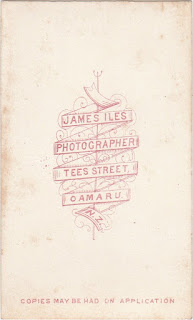 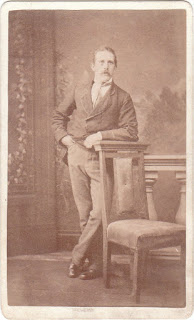 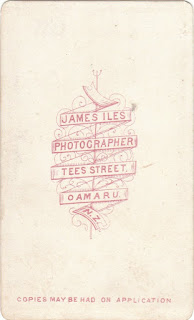 We observe that Mr Iles, Photographer, has produced photographs in connection with the ceremony of laying the foundation stone of the Masonic Hall, on Saturday last. The best is that taken on the return of the procession to the Lodge, immediately prior to breaking off. The likenesses of a large number of the brethren are there very clearly and distinctly taken. Mr Iles took two other photographs; one during the ceremony of laying the stone; and one when there were only a few on the spot; but these, from some cause or other, are not so satisfactory. Mr Pogonowski, we understand, took a photograph or two, but we do not know if he succeeded in bringing out a good picture of the seen.

Mr Iles, photographer, of this place, has shown us a number of views, recently taken by him in the Waitaki district. They appear one and all to be faithful copies, and demonstrate at once that our townsman is well up to his work in the art. Tho views taken at Otematata are first-rate and well chosen, and those taken at Rugged Ridges, Waitangi, Benmore, Lake Ohou (sic), Marewhenua, &c, likewise make beautiful pictures. Those who have visited the Waitaki should not fail to obtain copies of these photographs as "souvenirs" of the district.
North Otago Times, Volume VIII, Issue 191, 22 March 1867, Page 2


Souvenirs of Oamaru. — We have had great pleasure in inspecting, at the studio of Mr Iles, photographer, a series of views of the town and bay. All have come out sharply and clear, and are, artistically, worthy of commendation.

One is a view of Oamaru from the N.W. This shows the Cape, the Masonic Hall, St. Paul's and St. Luke's Churches and the Bay, with the Albion lying at anchor.

No. 2, taken from the Cape, shews the whole town in landscape.

No. 3 is taken from the English Church, showing the Drill-shed, Cricket Ground, and Ropewalk.

No. 4, taken from Upper Tees-street, shews the business part of the town.

No. 5, a view of the Thames-street Bridge, the Bank of Otago, and the Council Chambers.

And No. 6, is a view taken from the Esplanade, showing the cottages at the west of the town, with Mr Hassell's windmill in the distance. Making altogether a series of truthful and picturesque views.


Otekaike House.— We have had the pleasure of inspecting a series of really beautiful views of the new mansion of the Hon. R. Campbell, at Otekaike, taken last week by Mr R. Iles, photographer. They are sharp, clear pictures, and as works of art do Mr Iles great credit. Two of them, taken on the same day, give the house and surroundings as they appear in summer and in winter respectively, a heavy fall of snow during the night having given the opportunity of taking a winter scene; and the snow having disappeared during the morning under the hot rays of the sun, the afternoon permitting the taking of a summer picture. This is a circumstance which seldom happens to the photographic artist, and deserves mention for its rarity. 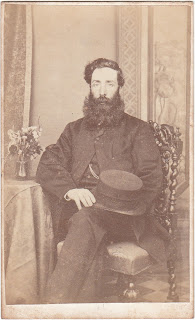 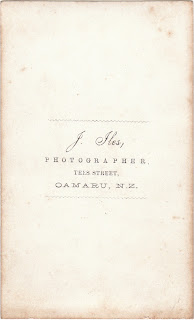 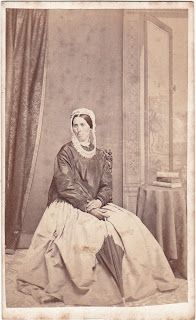 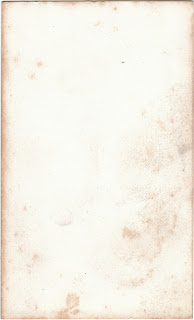 above: no photograph's name is shown on this carte de visite however the studio backdrop and chair are the same as the Iles' photograph above, both cartes de visite were next to each other in the Falconer family album. They are possibly husband and wife.