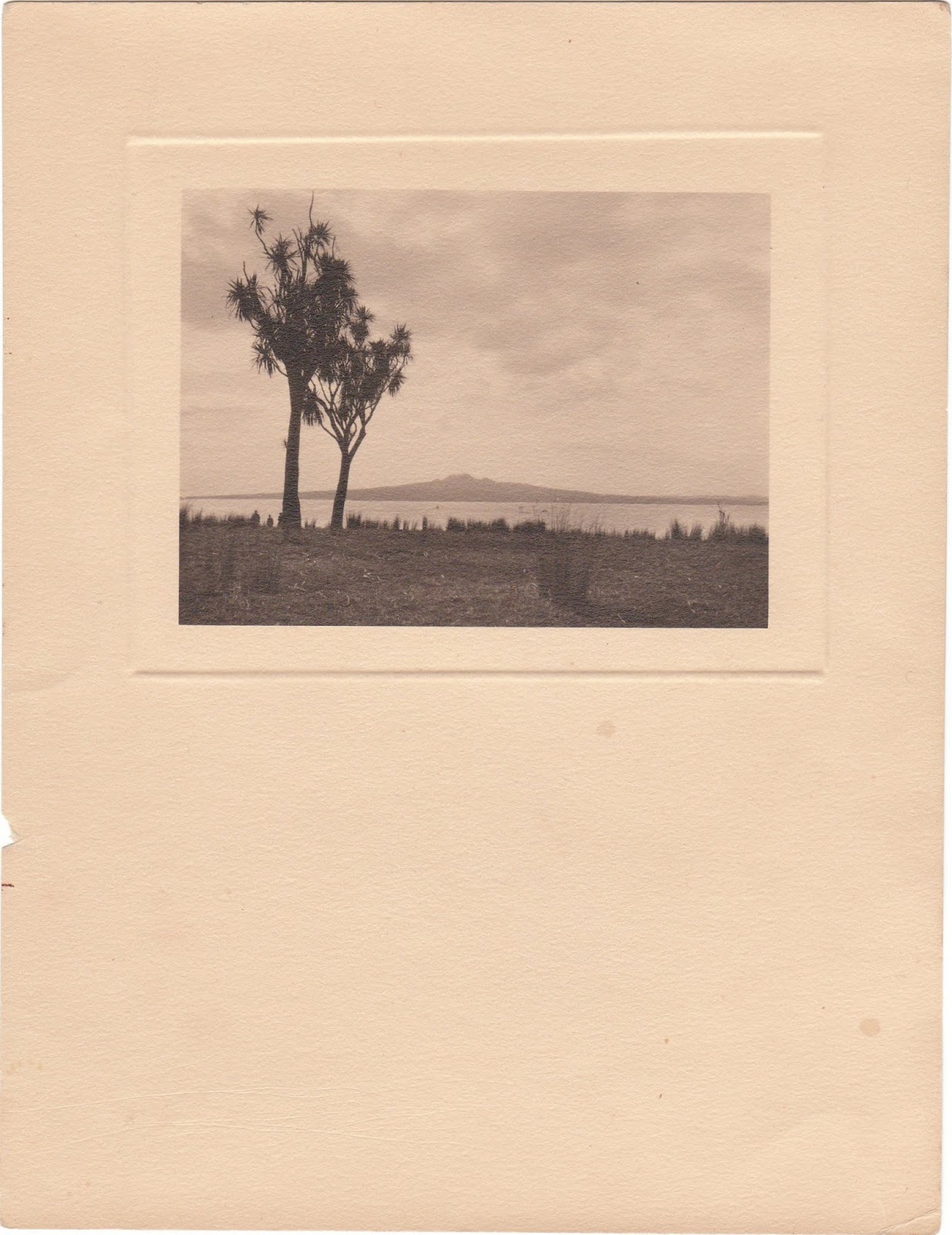 Twenty-four photographs from Australia and New Zealand were included among tho 400 exhibits at the international exhibition of the London Salon of Photography, which was opened a fortnight ago. New Zealand was represented by photographs sent by Miss Una Garlick, of Remuera, and Mr. H. Gaze, of Hamilton.
New Zealand Herald, Volume LXII, Issue 19129, 22 September 1925, Page 8

Miss Una Garlick, Auckland, was the only New Zealander who this year had the honour of having work hung in the Salon of Photographic Art, Carnegie Institute, Pittsburg, United States.
New Zealand Herald, Volume LXIII, Issue 19308, 22 April 1926, Page 5

PHOTOGRAPHY
INTERNATIONAL EXHIBITION IN LONDON.
(From Our Own Correspondent.)
LONDON, 22nd September.
Three New Zealanders have their work hung this year at the International Exhibition of the London Salon of Photography. These are Miss Una Garlick, of Auckland, Mr. H. E. Gaze, and Mr. W. T.Owen, at present living in London. Miss Garlick has a nature study, to obtain which must have greatly exercised her ingenuity. It is a group of ten or a dozen gannets in their native haunts. The birds are resting on the rocks in the most natural positions, probably quite unaware of the actions of the camera. Her other study, "Our Daily Bread," is a picture of a cornfield which might be in New Zealand or in England. There are large English trees in the background, and stooked wheat in the foreground. The shadows help to make a pleasing picture viewed from any reasonable distance...
Evening Post, Volume CXII, Issue 107, 2 November 1926, Page 15

PICTORIAL PHOTOGRAPHS.
SUCCESSFUL AUCKLANDERS.
The Otago Art Society, now incorporated with the Dunedin Public Art Gallery Society, has for many years granted space at their annual exhibition for a display of pictorial photographs. Prints were sent from various parts of the Dominion, and at the present exhibition entered into competition for the awards given by the Dunedin Photographic Society. Mr. A. H. O'Keefe, who judged the prints, has made the following awards: 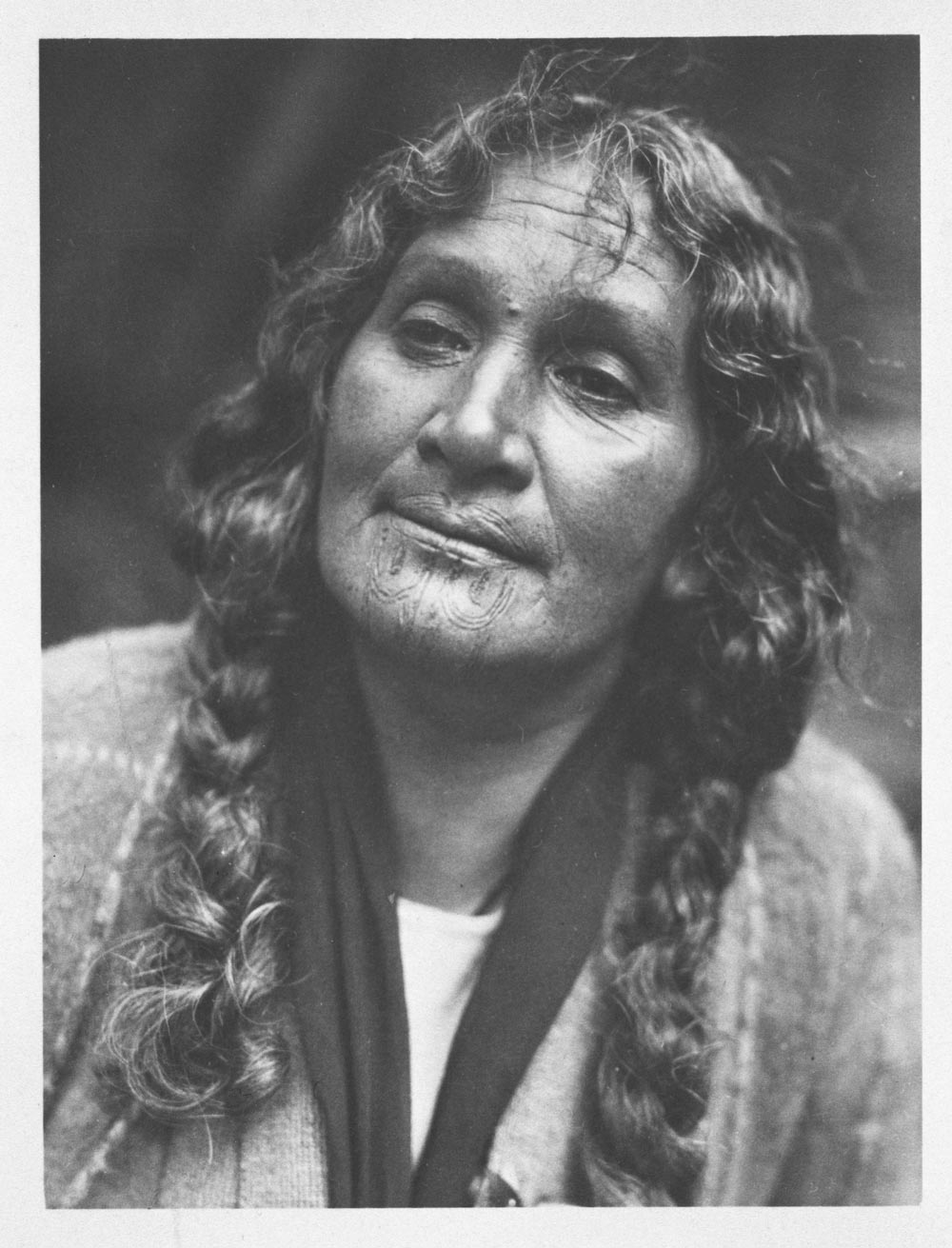 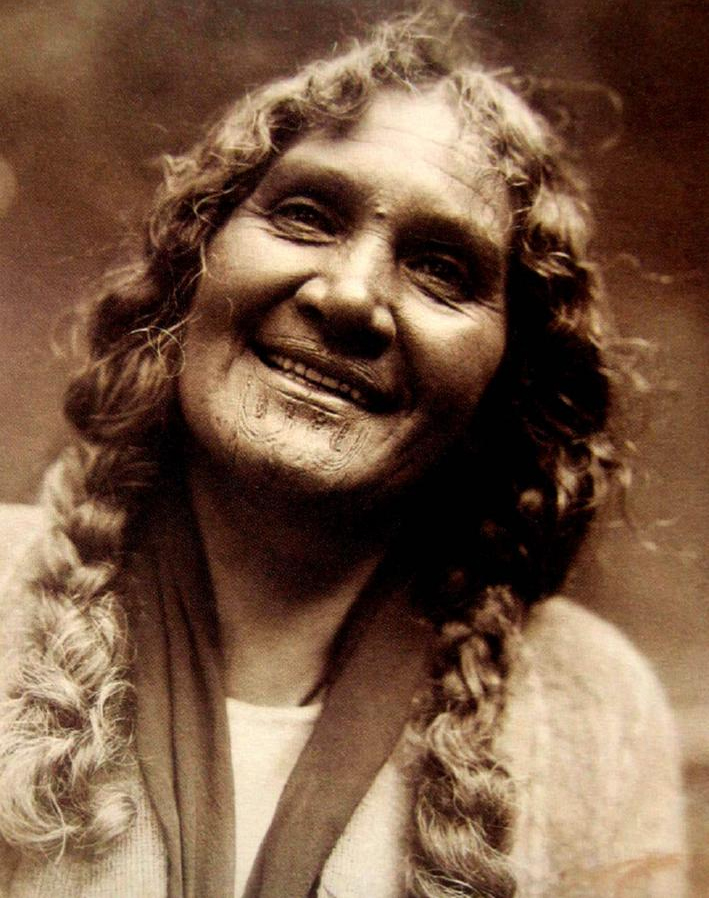 Photography in its artistic phases is another neglected art. Considering the quantity of photographic material which is sold in Auckland, there are regrettably few amateur photographers who realise its artistic possibilities. There is need of a photographic society in this district, sufficiently alive and well organised to hold annual exhibitions of importance, and to promote the artistic side of the craft to the prominence which it deserves. The question whether photography is a legitimate art-medium has long ago been settled, and, small as this section is in the current exhibition, it serves to prove that point.

Mr. Gerald Jones, who is a Fellow of the Royal Photographic Society, is an artist in the particular process which he employs. His six contributions are all most commendable as works of art, especially "Terere Rete," 374, and "Shadow Dancers," 371. Miss Fullerton's portraits of children,. 376, 379, 380, are excellent. She has successfully caught that subtle and elusive charm of childhood which is usually missed by the ordinary trade production. "Kathleen," 378 is a beautiful expression of girlhood.

Miss Olive Lloyd, in "The Master," 382, and "A Reverie," 383, more than" avoids that stark literalness with which so many photographers destroy the imaginative quality which these subjects should hold. No. 382 is particularly successful. Miss Una Garlick's studies of the Maori guide, "Georgiana," are lively records of the type. "Portals of the Past," 366, is poetically and simply expressed. Mr. Revel Reynolds shows several adequate landscape subjects.
New Zealand Herald, Volume LXIV, Issue 19690, 16 July 1927, Page 11

Inter-club Competition, Auckland 1927
... Of the Auckland collection, the judge thinks most highly of G. E. Jones' "Ephos," the picture of a boy in a skin as a Greek shepherd lad, which gets 86 points. "The Lagoon," by J. C. Holland, gains 84 points. It is a charming, restful scene down at Rangitoto, and shows what an artist can do with the simplest material. Probably dozens of people have seen the same view without realising its possibilities. Many would prefer this print to any in the winning collection. "Soliloquy," by Una Garlick, gets 79 points. It is an excellent portrait of a well-known Rotorua guide. Another nice subject is the same exhibitor's little scene from Rotorua. A fine straightout print is the winter scene in the National Park by R. B. Walrond. There is a nice tone in a print by Mr. Trenwith, "The Launching of the Boat," which brings in Rangitoto.
Auckland Star, Volume LVIII, Issue 245, 17 October 1927, Page 8


AUSTRALIANS MAKE GOOD. Some space must be reserved for mention of the International Photography Salon, which is also being held now. Although this is the 24th salon it is the first time Australia has been represented. Mr. C. Stuart Tompkins, of Melbourne, shows a delightful study, entitled 'The Bathers;" and Otho Webb, of Darr Creek, Queensland, has sent an interesting composition study. A surprising number of New Zealanders are contributing excellent work; a Maori head, by Miss Una Garlick, of Auckland, is especially fine. 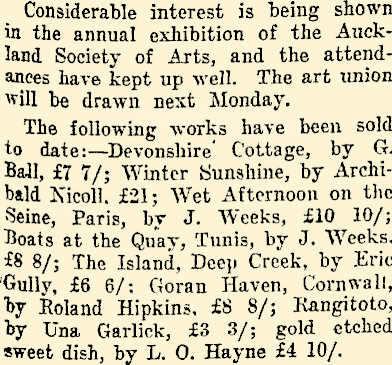 MOTOR-CYCLISTS INJURED
LONG AMBULANCE JOURNEY
Two visitors from Hamilton, Mr. and Mrs. C. Ross, were injured as result. of a collision between a motorcycle and a motor-car yesterday, and were later taken to the Waikato Hospital in a St. John ambulance. Mr. and Mrs. Ross were coming from Ascot Avenue, Remuera, into Remuera Road, when the motor-cycle they were riding and a motor-car driven by Miss U. Garlick, of 55 Remuera Road, collided. Both riders were thrown, Mr. Ross suffering abrasions and Mrs. Ross a fracture of the thigh. They were taken to the Auckland Hospital in a St. John ambulance, but it was later decided to take them to the Waikato Hospital as it was nearer their home. The ambulance arrived at Hamilton at 10.20 last evening.
New Zealand Herald, Volume LXXI, Issue 21710, 27 January 1934, Page 10

In 1939 Una Garlick and her sister Hilda Clare Garlick were passengers on the "Rangitane" which left Wellington for London.
Evening Post, Volume CXXVII, Issue 13, 17 January 1939, Page 5

This biography was written by Gordon Maitland and was first published in the Dictionary of New Zealand Biography, Volume 4, 1998.

Born at Mount Eden, Auckland, on 15 February 1883, Eunice Harriett Garlick (registered as Harriett Eunice) was the seventh of ten children of English-born parents Ellen Green and her husband, Richard Knight Garlick. Her father was a kauri-gum merchant and the family lived comfortably in a large house with spacious grounds on [17] Khyber Pass Road. After attending Wanganui Girls' College from about 1895 to 1900, Una, as she was known, returned to live with her family. She never married and it was a matter of family pride that neither she nor her two unmarried sisters, Florence and Hilda, were ever forced to earn a living.

Una Garlick's parents and siblings were keenly interested in music and needlework, and encouraged her artistic pursuits. Among her friends was Edith Whitelaw, a first violinist with the Auckland Choral Society orchestra and later leader of the Auckland Orchestral Society. Una too became an accomplished violinist and played with Whitelaw in Auckland's Bohemian Orchestra. But her principal interest was photography, which she regarded as far more than a mere hobby or indulgence. She brought to it a professional attitude and serious dedication.

It is not known exactly when Una Garlick began producing photographic work, but she established her first darkroom under the conservatory of her family's Khyber Pass Road home. Some years after the death of Richard Garlick in 1899, Una moved with her mother and two unmarried sisters to a smaller house in Remuera Road, where she again set up a darkroom. They lived there until after Ellen's death in 1931, when the sisters bought a new home in Ormonde Road, Remuera; Una once again installed a darkroom.

Una Garlick's extended family and friends provided her with work recording weddings and family gatherings. Occasional commissions for portrait and other work, the sale of exhibition prints and competition prize money appear to have been her only earned income. Her quest for interesting subjects took her throughout New Zealand with her car and camera, and she embarked on a number of overseas trips with one or other of her sisters.

Involvement in photographic societies provided Garlick with the stimulation of competition and critical comment. She was the first woman nominated as a member of the Auckland Camera Club (later the Auckland Photographic Society) after it changed its rules to admit 'lady members' in 1921. Between 1922 and 1927 she played a prominent role in the club, winning many of its monthly competitions and receiving its annual medal in 1926. At the height of her career Garlick was widely acknowledged as a photographer of considerable ability. Between 1925 and 1931 she had more than 30 prints accepted by international salons in London, Paris, Boston and Vancouver, and she became an associate member of the Royal Photographic Society of Great Britain.

Along with other New Zealand photographers, particularly Gerald E. Jones and George Chance, Una Garlick identified with the British-based Pictorialist movement, which promoted photography as art, stressed the importance of deliberate, well-balanced composition, and employed various techniques to capture mood and atmosphere. She produced landscapes of considerable merit, but is best remembered for a series of evocative portraits of Maori women. One of these studies, entitled 'Georgina', appeared in the American Annual of Photography in 1930.

Una Garlick died of cancer at her home in Ormonde Road, Remuera, on 17 March 1951. She was a strong personality, described by her family as frank and forthright, and her photographic career demonstrated her creative discipline and dedication. The Auckland Institute and Museum holds a number of Garlick's negatives and prints; other prints are held at the Rotorua Art and History Museum and the Alexander Turnbull Library, Wellington. 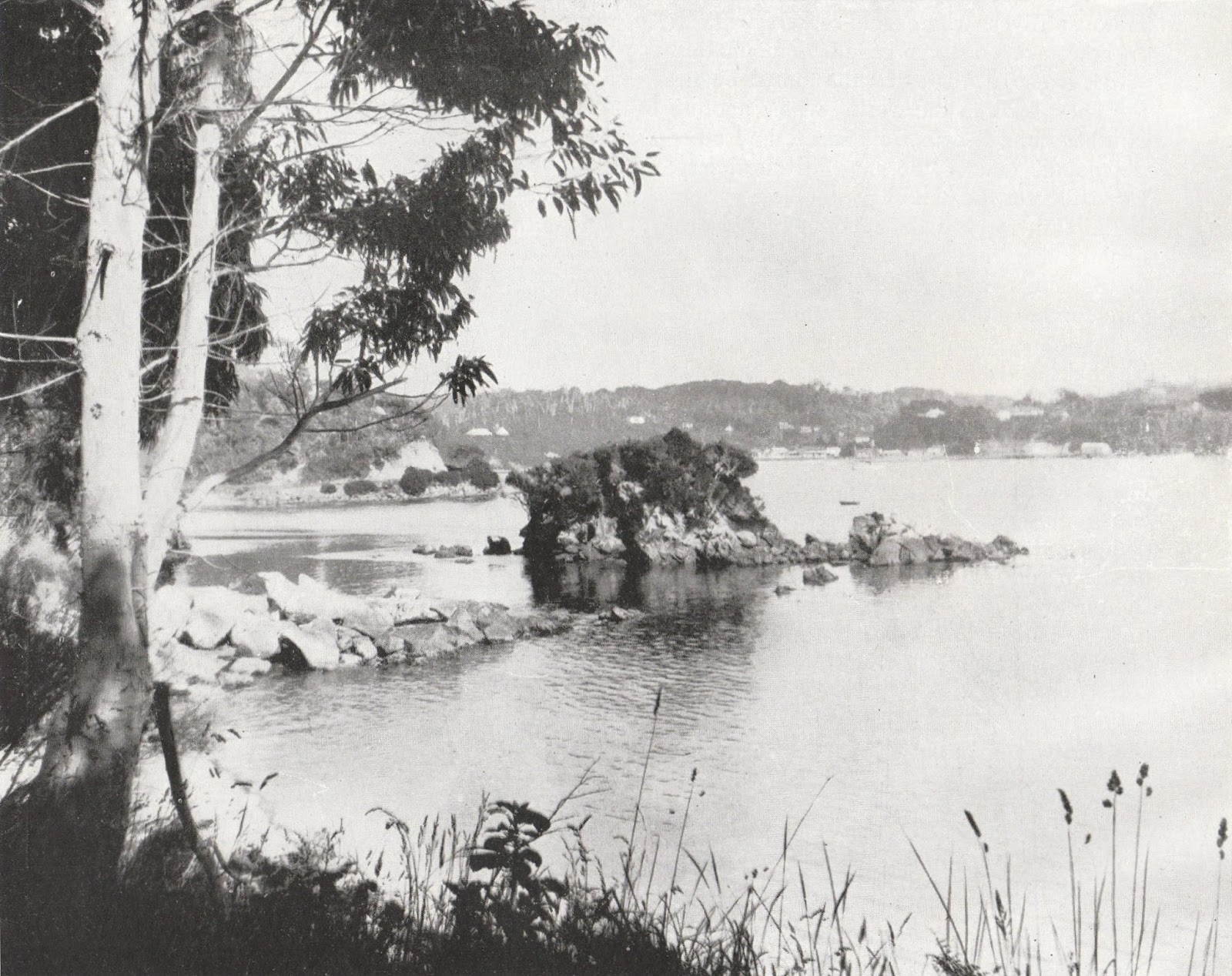 This photograph of Half Moon Bay, Stewart Island by Una Garlick was published in "New Zealand - Country and People" by Constance Clyde and Alan Mulgan, page 74, (no date).

OBITUARY.
Mr A R. Garlick, eldest son of the late Mr R. K. Garlick, of Auckland, was drowned at Brisbane recently. Deceased had been in Australia for about five years, prior to which he had been employed by Messrs Sargood, Son and Ewen at Auckland, besides being in business at Paeroa and on the Auckland Stock Exchange. He was 32 years of age.
Auckland Star, Volume XXXIII, Issue 258, 30 October 1902, Page 6 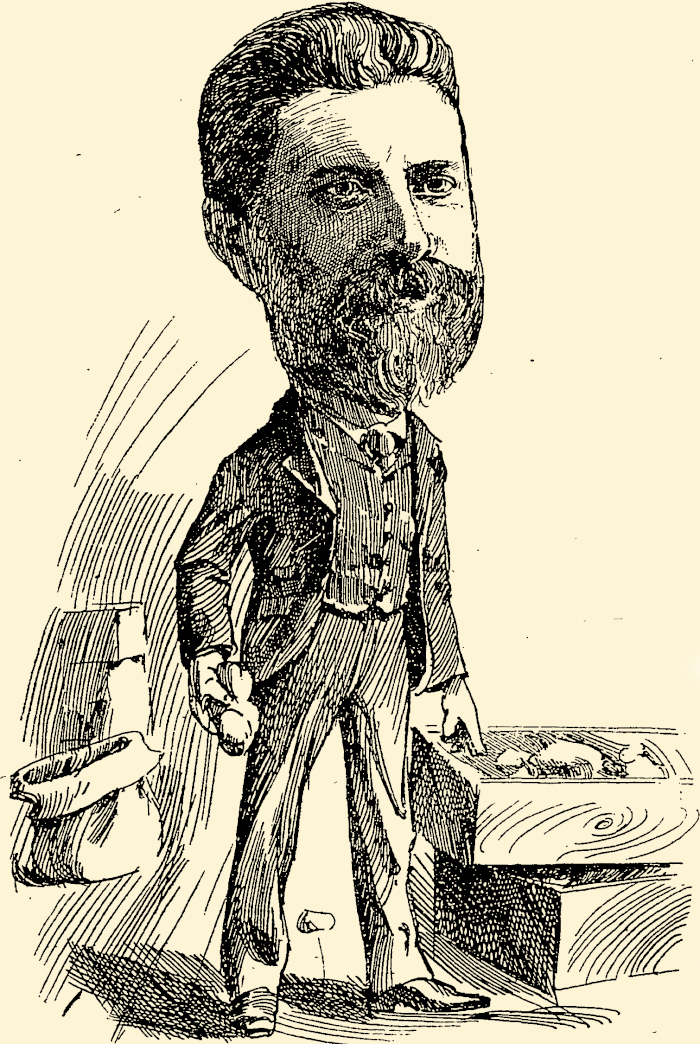