Mr. Crombie, the photographer, notifies that he has disposed of his business to Mr. Cater, who will in future carry it on under the same management. 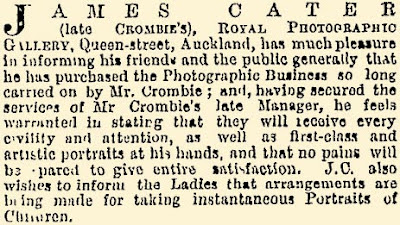 We observe that Mr Cater, photographer, Queen-street, has taken a very excellent portrait of the new mail steamer Dakota, as she lay in the harbour previous to departure.


The passengers by the ship Warwick, from London to this port on her last trip, yesterday presented Captain Skinner with a photograph of themselves and officers of the ship, grouped together on the deck of the Warwick. The photographs were taken by Mr. Cater. 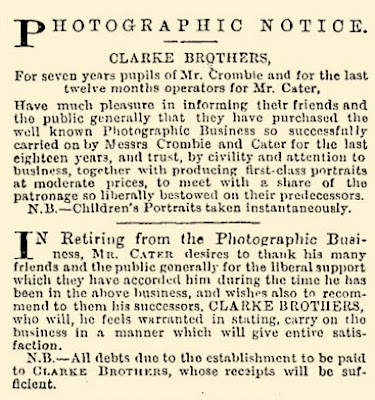 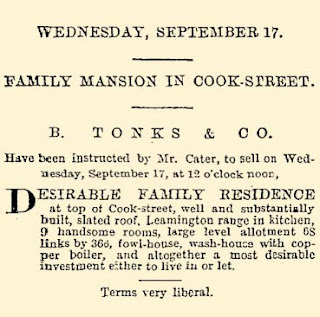 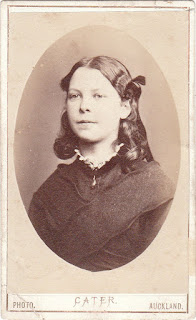 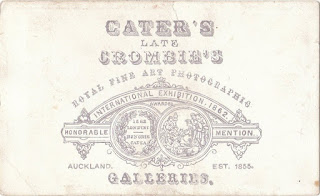 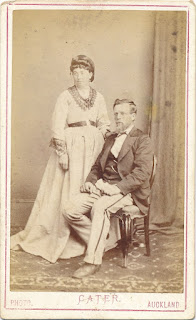 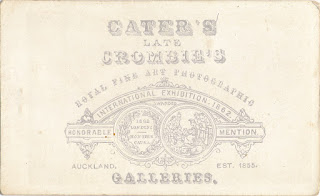 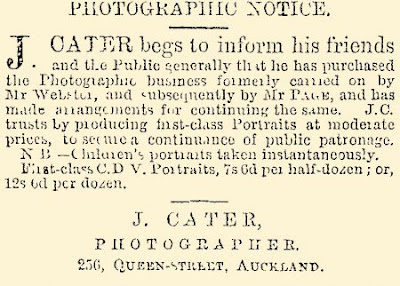 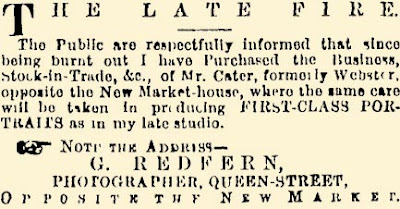 Mr. James Cater, who was in business as a chemist in Hobson-street for many years, died at Grey Lynn on Monday.