The 1851 census shows him living at the New School House in Stonehouse, Gloucestershire. He was aged 26 years and employed as a National School Master. His children Henry T. Bowers, Frances E. Bowers and Jane Bowers are also shown.


Monument to Bishop Hooper. - We have received from Mr. H. T. Bowers a very fine photograph of a monument which has just been erected at Gloucester, by public subscription, to Bishop Hooper, the Protestant martyr. It is a noble structure, placed in the churchyard of St. Mary de Load, an ancient and curious church built partly upon the foundation of the first Christian church which was built of stone in this country. The photography is very perfect indeed.

Henry Thomas Bowers, schoolmaster from Cheshire arrived at Lyttelton on the Blue Jacket in August 1867, as an assisted Government immigrant [1] he would have been then aged about 42 years.  His family - Fanny Bowers, Eliza Bowers, Louisa Bowers and Albert Bowers all from Gloucestershire arrived on the Mermaid in December 1867 [2].


Photography.— Mr Bowers, photographic artist, Lyttelton, has published a panoramic view of the Harbour and Town of Lyttelton, which has been executed in a very artistic manner.


CIVIL CASES.
Bowers v. Julian.— Claim for £1 is for photograph of Lyttelton. Judgment by default, with 17s costs. 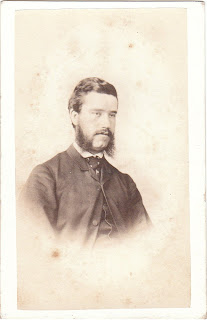 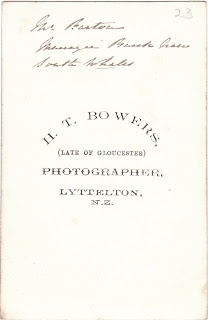 Lyttelton Borough Council.- A group of photographs of the Lyttelton Borough Council has just been executed by Mr Bowers, photographer, of Lyttelton, which reflect, great credit upon the artist. The group consists of the Mayor, in the centre of course, with Councillors England and Mutton at the top, Councillors Balestiee and Allwright occupy the right hand side, and Councillors Willcox and Chalmers the left hand side, while Councillor Ward is placed in the centre at the bottom. On the right and left at the bottom are placed respectively H. C. LaNauze, the town clerk, and Mr D'Oyley, the solicitor. The whole group surmounting a miniature view of the town and harbour of Lyttelton.
Press, Volume XIII, Issue 1715, 28 July 1868, Page 2 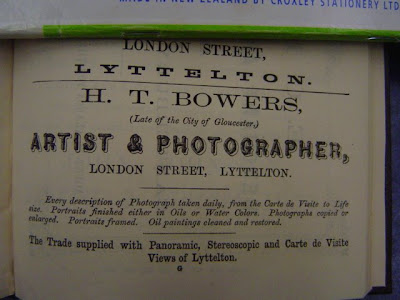 Transfer of Licence.— The licence of Silk's Hotel, Ferry Bond, was transferred from A. Silk to Henry Thomas Bowers.


At the Annual Licensing meeting held on 4 May 1869, Henry Thomas Bowers was granted a liquor license for the Wharf Hotel in Ferry Road.


In July 1869 H. T. Bowers was elected to the committee of the Licenced Victuallers' Association. 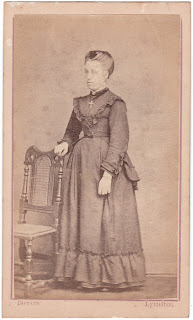 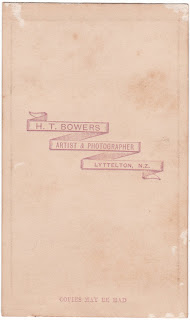 At an Art Exhibition held in the Museum in 1870 -
Turning to the right, and following the alphabetic order of the plan, we come next to a bay, the two sides of which are occupied by New Zealand photographs and the wall end by a case containing rare old china...The north side of the bay is hung with photographs executed by Mr Seeley (sic). These, we have no doubt, will be very much admired. They evince true artistic taste as well as finished mechanical skill. The photographs on the opposite side of the bay are contributed by Messrs Mundy, Bowers, and others. Mr Bowers sends a good view of Lyttelton, and Mr Mundy a view of Akaroa which struck us as not altogether worthy of the reputation he has deservedly gained. The Committee expect that the department of New Zealand photographs will be more fully represented before the Exhibition is closed.
Star , Issue 539, 10 February 1870, Page 2

The renewal of his license at Yorktown was refused in May 1872 as there was no water on the premises, there was no suitable accommodation for horses and that the applicant had been "drinking hard" - The Star, issue 1311, 8 May 1872, Page 2.

Civil Cases. — Bowers v. Morgan, claim £1 4s 3d. This was a claim for some photographic views of defendant's house, which defendant refused to receive as they were not in accordance with his instructions. The Bench after hearing the evidence, gave judgment for plaintiff, £1 2s, and 10s costs. — Star, Issue 1657, 18 June 1873, Page 3


A Memento of the Opening of the Railway.— A very good photograph of the portion of East street, Ashburton, showing the triumphal arch erected in honour of the opening of the railway from Christchurch to Dunedin, and the visit of the Governor to Ashburton, has been taken by Mr H. J. Bowers (sic), a local artist. The size is eight inches by ten, and the picture is a very creditable specimen of the art. - The Star, Issue 3260, 18 September 1878, Page 2 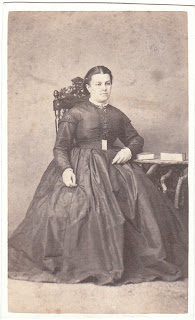 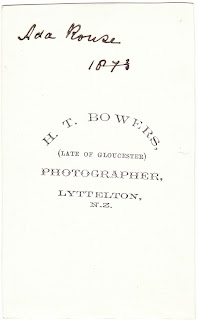 Christchurch Electoral Roll 1890 - Including Supplements 1, 2 and 3.
Henry Thomas, South Belt, Sydenham, Photographer. no. 607 (not as Bowers)


His wife Frances Bowers died 20 July 1884 at her home Clyde Cottage in Tuam Street aged 67 years. He was described on the burial records as a photographer residing in Tuam Street.
Christchurch Library - church record transcripts


He died in New Plymouth at the house of his son-in-law, William Henry Pascoe on 17 November 1902.


Posted by Early Canterbury Photography at 1:01 AM