[he was the brother-in-law of the photographer Theodor Thorlacius Bloch,
his father William Gibbs (c.1819 - 7 November 1896) was a member of the Nelson Provincial Council and Member for Collingwood in the House of Representatives (1874- 1882)]


Mr. William Brickell Gibbs, well known in Nelson as a photographer, has transferred his sphere of action to Wellington, and has opened an establishment in Lambton Quay, opposite Whitmore-street, which is to be known as the English and Continental Photographic Atelier.

The studio and gallery, which are on the upper floor, are exceedingly spacious and well-appointed. The former is elegantly furnished, and contains a piano and other luxuries, and the latter, besides being admirably situated for obtaining good "lights," is supplied with all the latest improvements in the photographic art. A dressing-room and other conveniences are provided for visitors. Mr. Gibbs has gone to considerable trouble and expense to make his establishment A1, and we wish him luck.

The Sydney Morning Herald, in an article on photographic exhibits at the Sydney Exhibition, says:— "New Zealand photography is most extensively represented. It is startling to find a country which but a few years back was a stranger to the arts of civilisation producing numbers of works of the most artistic character, and closely rivalling those of lands in which a refined taste has been cultivated for centuries.

Mr. W. Collie, of Napier, has a really magnificent display of negatives, taken by the wet collodion process, comprising some of the most remarkable scenes to be found in New Zealand. Nothing we have ever seen at English photographic exhibitions could surpass them. They are simply perfection.

Mr. R. H. Bartlett, of Auckland; Mr. A. T. Bothamley, of Wellington; Messrs. Fox Brothers, of Thames, Mr. W. B. Gibbs, of Wellington; Messrs. Hart, Campbell and Co., of Queenstown, Wakatipu; Mr. J. I. Taylor, of Motueka, Nelson and Mr. W. T. L. Locke Travers, also exbibit a splendid collection of photographs of New Zealand scenery, to the merits of which it would take a volume to do justice.

In addition to these the Oamaru Chamber of Commerce, the Wellington City Council, the Corporation of Dunedin, and the Hokitika Committee each exhibit numerous photographs, specially taken under their superintendence, in which the scenic glories and marvels of the wonderful land of the Maori are reproduced with astonishing fidelity to nature."


Mr. W. B. Gibbs, photographer, of Lambton Quay, has forwarded to us a fine photographic likeness of a Wellington lady, taken by a new process in the Rembrandt style. The photograph is an excellent one, the lights and shades being contrasted with admirable effect, while the general style is very telling. 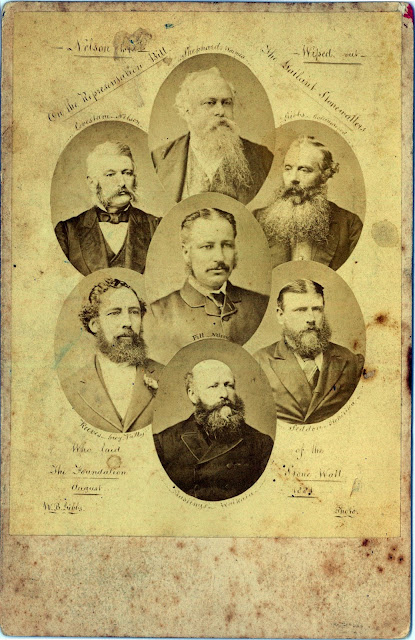 
The Coming Elections.— We observe by advertisement that Mr William Brickell Gibbs announces his intention of seeking the suffrages of the electors in the Motueka-Waimea District.

William B. Gibbs' Creditors.
The first meeting of creditors in the estate of William Brickell Gibbs, insurance agent, was held this morning, the Official Assignee in the chair. The debtor, in his written statement, said that about 18 months ago he was quite free of debt and had about £200 to his credit. At that time he commenced to contest the last general election for Motueka, but abandoned the intention, and contested the seat for Nelson city. He lost the election, the cost being about £300. After the election he paid out every shilling he had, leaving himself without any money at all. He then started to canvass for the Government Insurance Department, but he was not successful in making up the ground he had lost. Some of his creditors bothered the life out of him, and as one of them put the bailiff into his lodgings and took possession of his luggage, he was reluctantly compelled to seek the protection of the Bankruptcy Court. The debtor, examined on oath, deposed that he did not consider it a rash thing to contest the Nelson election, as he received a requisition from a number of citizens to stand. With regard to the Motueka election, he was asked to stand by a number of electors. In order to stand he was obliged to resign his position as canvasser, but he was at liberty to canvass for other offices. He stood in the interests of the Government then in power. He was now travelling for the Australian Mutual Provident Society, but business in the insurance line was very dull. He had a wife and child to support, While he was in the Government Office, he was travelling on commission, and earned about £2 10s per week. He was a photographer by profession, but had given up the business entirely. Three or four years ago he purchased a number of shares in the United Importers' Company. At that time he was in a position to make the investment. The creditors present considered that the debtor's position was due to misfortune and a little mismanagement and on the motion of Mr. C. J. Toxward, seconded by Mr. A. Curtis, it was decided to recommend his discharge.

A lady named Mrs Gibbs died at the residence of Mr T. Bloch, the local photographer, on Friday evening. Deceased come to Colac on a visit for a change of air. About a fortnight ago she became seriously ill with hemorrhage from the stomach, and kept gradually sinking until death supervened. She was a sister to Mr Bloch. Her husband resides in Queensland. Her remains were buried in the local cemetery on Sunday.
The Colac Herald, Tuesday 22 May 1894, page 2 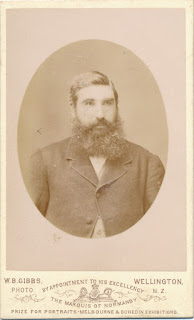 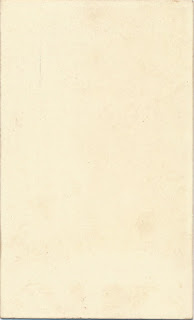 Posted by Early Canterbury Photography at 10:11 AM