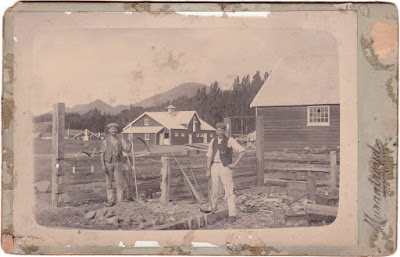 above  - photograph by Benjamin Murgatroyd, Cheviot. 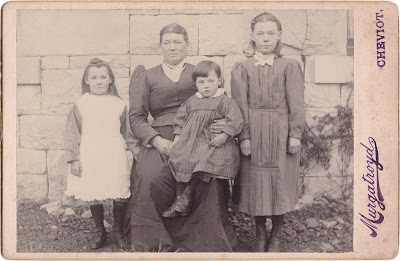 above  - photograph by Benjamin Murgatroyd, Cheviot about 1897.
"Mrs Forrester came to New Zealand in the sailing ship Isabella Hurcase (sic) in the year 1856. Louisa with Nell, Sarah and John" 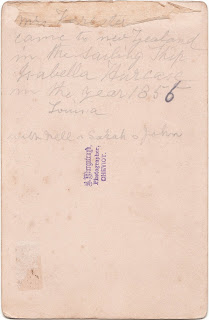 News has been received by his daughter, Mrs R. Forrester, of Cracker Creek, Hurunui, of the death in Southland of her father, Mr George Burrell, one of the early pilgrims of this province. Mr Burrell was 71 years of age when he died, having spent the last 48 years in New Zealad. He arrived here with his family in the Charlotte Jane (sic), and went at once to work as a bushman in Papanui, When bush work ceased there he took to road formation, and contracted for the swamp road between Saltwater Creek and what is now Sefton. During the progress of this heavy contract he resided on the Mount Grey Downs, and subsequently took up land near the present township of Sefton, which in 1881 he sold to Mr Henry Mahler, and then went to live on a farm near Fernside  which he subsequently let, and then removed to Waikawa in Southland where he has just died. Mr Burrell always led a very active life, and was a beau ideal colonist.
Press, Volume LV, Issue 10220, 16 December 1898, Page 5