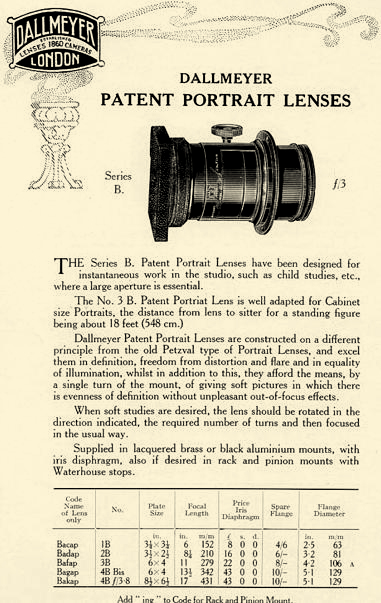 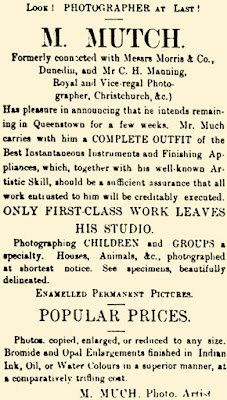 Lake Wakatip Mail, Issue 1868, 22 April 1892, Page 2
Mutch claims in this notice that he was "formerly connected" with the photographers Morris and Co., Dunedin and Charles Henry Manning, Christchurch. There were no Dunedin photographers named "Morris & Co." and this may refer to John Richard Morris. This notice continued in the Lake Wakatip Mail until 23 September 1892.


Mr Mutch, photographer, has arrived in Queenstown, and is now prepared to do business. Studio, opposite Bank of New Zealand.
Lake Wakatip Mail, Issue 1869, 6 May 1892, Page 2

A number of gentlemen met at Mr Mutch's photo studio on Monday evening with a view of forming a draughts and chess club. It was unanimously agreed that such a club was desirable and a committee was appointed to arrange preliminaries. Mr T. Bell kindly offered his large room for the club to meet in, which was accepted with thanks. It was decided to fix the subscription at 2s 6d. Mr Walker was elected president, Mr J. Gardiner, vice president, and Mr J. Mchaffey secretary and treasurer. The list showed that there were 16 members and the secretary informed the meeting that several others intended joining. The opening night of the club was held in Mr Bell's auction room last evening when there were about a dozen members present. A number of games were played and a very pleasant evening spent.
Lake Wakatip Mail, Issue 1882, 8 July 1892, Page 2 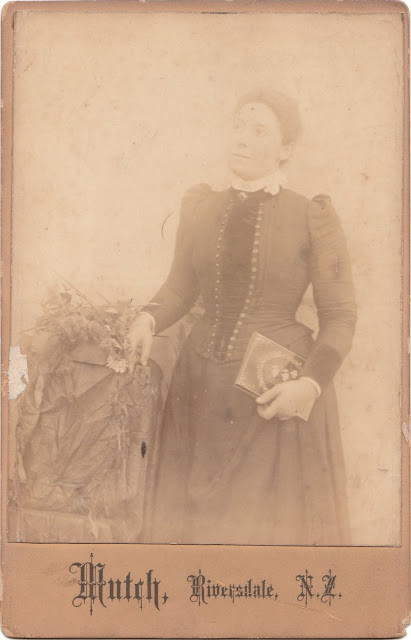