This partnership operated in Wanganui for three years from about July 1901 until July 1904. After the dissolution of the partnership in 1904 the business was continued solely by Charles Frederick Newham.

Messrs. Newham and Brady, photographers, open their new studio opposite the Technical School to-day. The firm have had the premises thoroughly renovated and adapted to the requirements of their business. The entrance hall, facing the Avenue, is well lighted and fitted up with show cases full of samples of the firm's work. Behind the hall is the manager's office, and behind that again is the dark room, and the retouching and mounting departments. Upstairs is the gallery and ladies' waiting room, the former being large, well-lighted, and suitably furnished. Yesterday Messrs. Newham and Brady secured a number of good pictures of "Wanganui in the snow." These will be on view to-day.


The public of Wanganui are invited to pay a visit to Messrs Newham and Brady's photographic establishment an Victoria Avenue, opposite the Technical School. This firm, we are informed, has spared no expense in fitting up the premises, the studio being fitted up under their personal supervision.

It is their intention to devote special attention to the posing of sitters. They have at present on exhibition, in the vestibule, a large assortment of portraits, etc., including all the latest processes, the light shading, etc., to suit the different subjects, being particularly noticeable.

Messrs Newham and Brady guarantee every satisfaction. They specially wish to call the attention to a new midget size, which they are about to adopt, at the same price as hitherto charged for the small size. These will be found very tasty for Christmas, and the firm are now landing a supply of special mounts for that season. We are asked to mention that Messrs Newham and Brady are prepared to undertake all descriptions of photography.


We were last evening shown a capital photo of the members of. the Dorothy Assembly. The photo was taken on Wednesday night by Messrs Newham and Brady, the well-known photographers, and within an hour the finished picture was on view. Apparatus just imported from Home was used, and the firm must be congratulated on the result.


Messrs Newham and Brady, the well-known photographers, wish to call the public's attention to the display of photographs they have now on exhibition in their vestibule. This firm is paying every attention to portraiture in the way of light, shading, posing of sitters, etc., and the public, on inspection, will at a glance be able to judge for themselves. On view are several flashlight pictures just recently taken, and it is their intention during the coming winter to devote time and pains to that special branch of photography. A visit is solicited, when Messrs Newham and Brady will be pleased to give personally any desired information required.

Considering the inclemency of the weather, Messrs Newham and Brady have secured some splendid photographs of the Wanganui Jockey Club's winter meeting, and with their usual promptness had them on exhibition the same evening.

Messrs Newham and Brady were specially engaged by the proprietors of the four illustrated papers of the colony to photograph at the meeting, which shows their ability as photographers. Since this firm opened in the Avenue they have kept the illustrated papers well supplied with photographs of different events taking place in and around Wanganui, which no doubt the public have seen for themselves.

Their increasing business has compelled them to make alterations and additions to their premises, and they hope, with these alterations and increasing their staff, to be able to give the public every satisfaction, therefore deserving a fair share of public support.
Wanganui Herald, Volume XXXVI, Issue 10652, 24 May 1902, Page 3

Messrs Newham and Brady, our enterprising photographers took some capital photos, at the Caledonian Meeting on Thursday. An enlarged photo. of a group of Highlanders, taken in front of the Newmarket Hotel, was on view at the haggis supper last evening.
Wanganui Chronicle, Volume XXXXVII, Issue 11829, 24 January 1903, Page 4


The Caledonian Championship Meeting at Wanganui: The Officials. 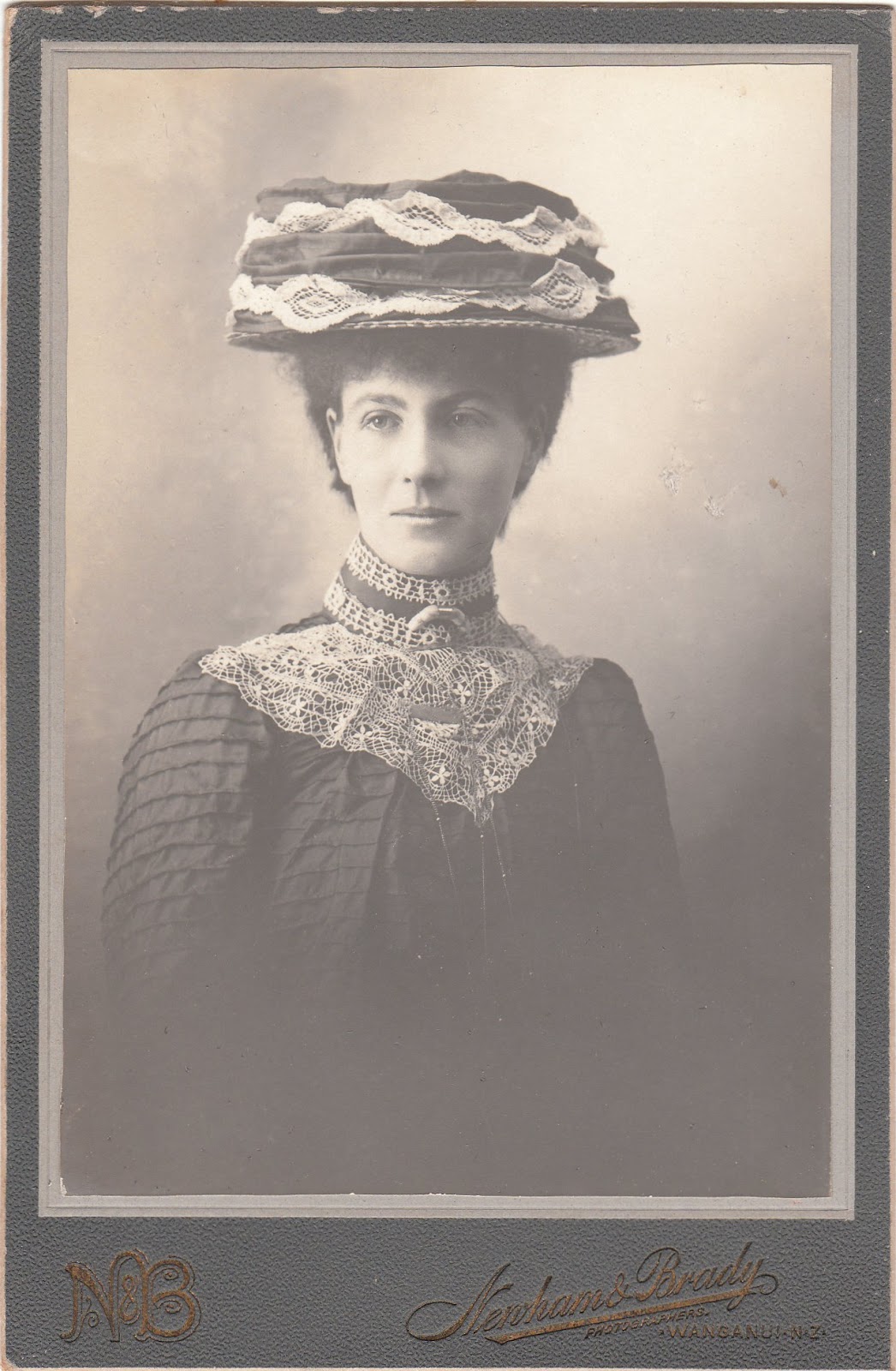 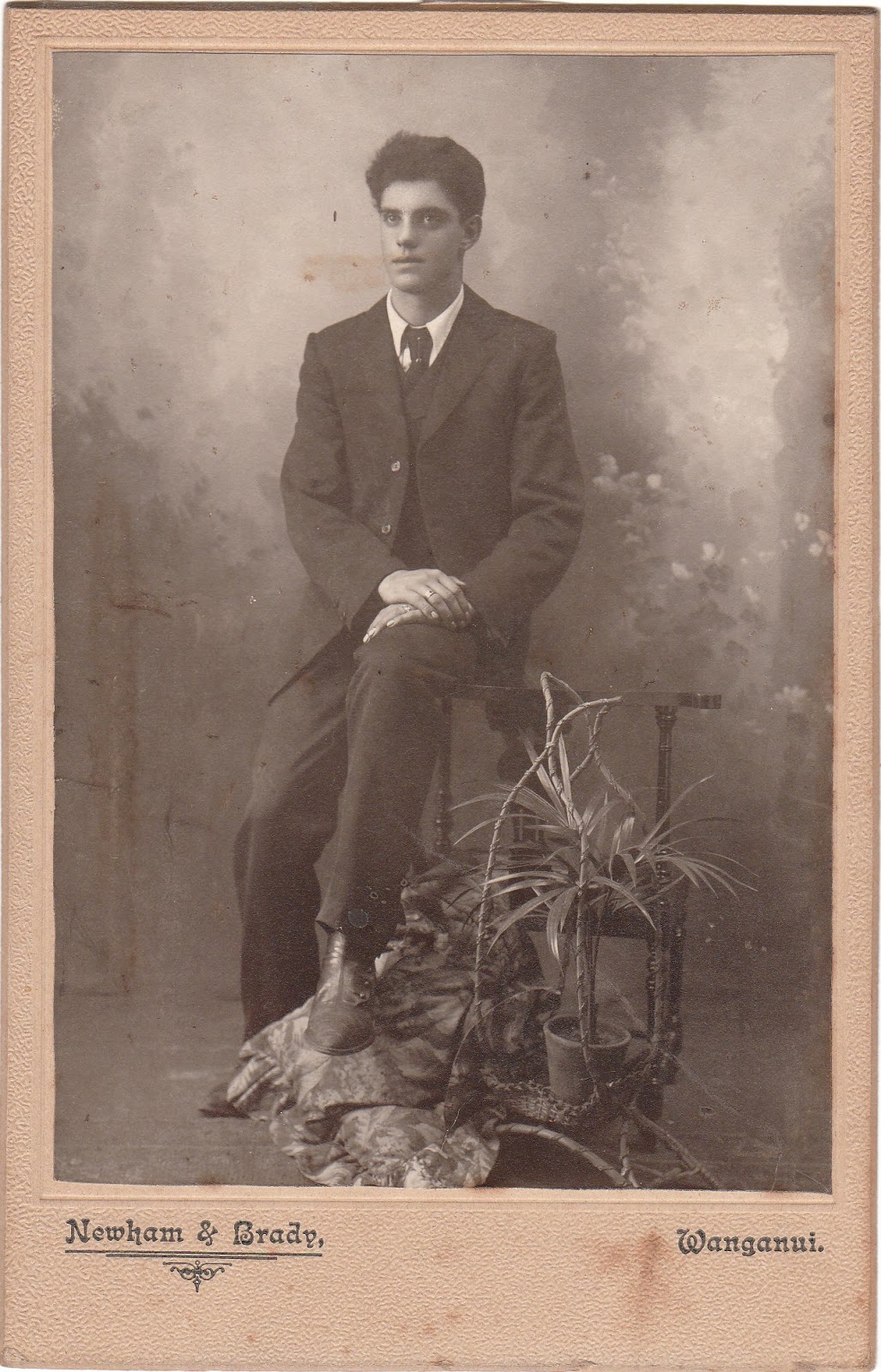 The Rev. Dean Grogan was the officiating clergyman. The bride, who was given away by her brother — Mr G. Meehan — wore a grey cashmere dress, trimmed with white silk and Paris lace collar, and a hat of white chiffon with sequia crown. She carried a beautiful shower bouquet, the gift of the bridegroom. The bridesmaids — Miss E. Tyler, cousin, and Miss Annie Meehan, sister, of the bride — were attired in white silk trimmed with Paris lace and chiffon, and black picture hats of chiffon and pink roses. They also carried shower bouquets and gold chains, the gifts of the bridegroom.

Mr W. Brady (brother of the bridegroom) acted as best man, whilst Mr C. F. Newman (the bridegroom's business partner) was groomsman. Mrs Lloyd played the "Wedding March." After the ceremony the party adjourned to the residence of Mrs Tyler, Church Place, where the wedding breakfast was partaken of. A large number of useful and valuable presents were received. The happy couple left for New Plymouth by the afternoon mail train, the bride's travelling, dress being of blue cloth, with Russian blouse, tucked silk front, and Paris lace collar. With their many friends we join in wishing Mr and Mrs Brady a long and prosperous wedded life. 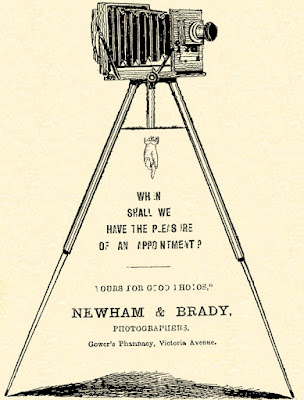 The Partnership hither to carried on in Victoria Avenue (opposite the Convent) under the style of Newham and Brady, Photographers, has been dissolved. The business will be carried on by C. F. Newham, who will discharge all debts of the late firm. Accounts due to the firm may be paid to either of the late partners, whose receipt will be a full discharge.


In connection with the above, Mr John D'Courcy Brady desires to thank most sincerely those clients who throughout Wanganui and district have in the past assisted so materially to build up the firm's business, and to ask that they will still continue to forward similar interests in favour of his late partner, Mr. Charles Frederick Newham.