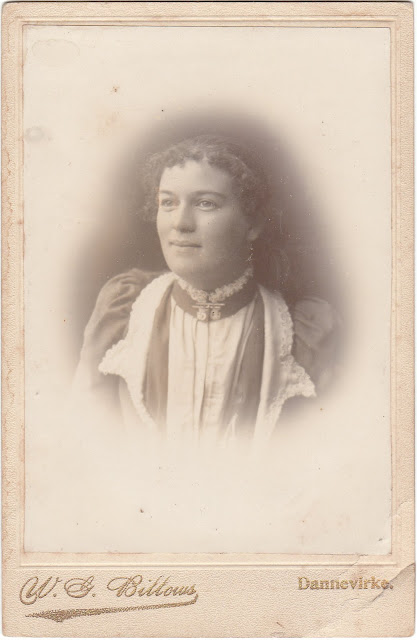 Mr W. G. Billows, of the Vandyke Studios, has a new advertisement in this issue directing attention to the fact that his price for artistic cabinet photos is 10s a dozen, and he guarantees good results. He also executes enlargements in oils, water, and crayon colors, and black and white, from old copies, and solicits a trial order.

Billows, Walter George, Photographer, High Street, Carterton. This business was established in 1895 by Messrs. Billows and Smith, and is now carried on by Mr. Billows solely. The studio is very conveniently situated for the public, being a few doors from the Bank of New Zealand. The operator, Mr. Shannon, has had considerable experience in his profession, having served ten years with Mrs. Herrmann, of Wellington, and the retoucher, Mr. Gaze, was for some years with Mr. C. H. Manning and Mr. Eden George, both of Christchurch. Every branch of photography is undertaken in the establishment, and the work turned out is considered first-class. Enlargements are a specialty with Mr. Billows.
The Cyclopedia of New Zealand [Wellington Provincial District] 1897
Victoria University of Wellington

The death occurred on December 26 at the New Plymouth Hospital of Mr. Walter George Billows, of Sackville Street, Fitzroy, at the age of 71 years. The late Mr. Billows was born in Nelson, but spent a great deal of his life in Wanganui and Taranaki, where he carried on business as a photographer.

He was a son of the late Captain Michael Billows, who was well known in shipping circles. Mr. Billows was a life member of the St. John's (Wanganui) and the Fitzroy (New Plymouth) Tennis Clubs, and was in former years a prominent participant in Taranaki and New Zealand tournaments. He continued to play tennis up to six months ago. He was also a keen golfer, and was the founder of the Sentry Hill Golf Club in New Plymouth. He also took a keen interest in music. He is survived by his widow and three sons — Messrs. F. W. Billows (Wellington), R. A. Billows (Timaru), and L. S. Billows (New Plymouth) — and one daughter — Mrs. N. M. Inglis (Wellington).
Evening Post, Volume CXXVII, Issue 4, 6 January 1939, Page 9