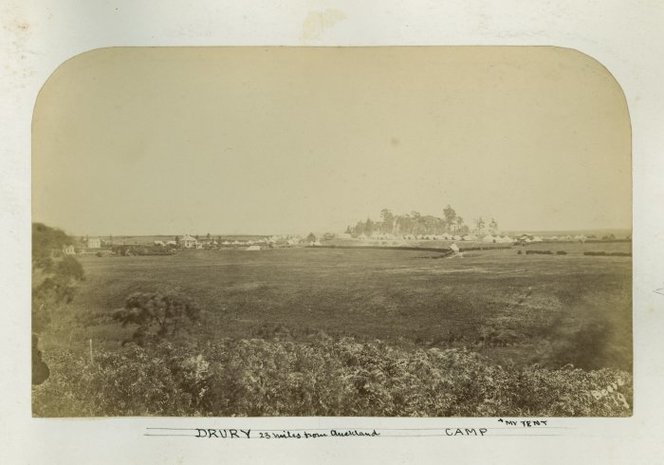 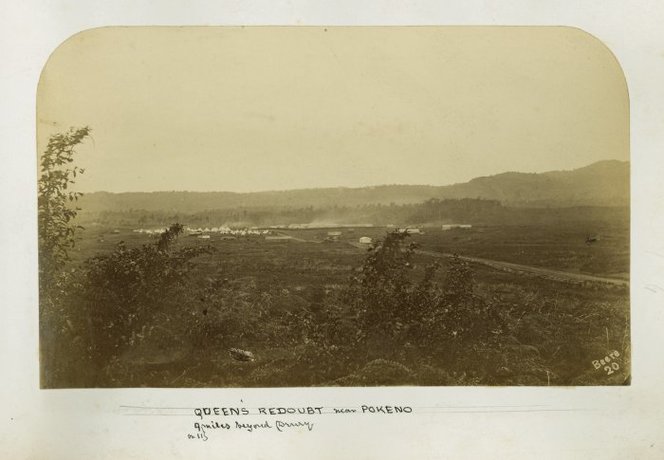 AUCKLAND INSTITUTE.
Last Meeting of the Session.
The last meeting of the session was held on Monday night in the Museum room, there being very few present, no doubt on account of the bad weather prevailing at the time ... Donations to the Museum ... an album of 24 photographic views in the province of Auckland, D. M. Beere ...
Auckland Star, Volume XVII, Issue 271, 17 November 1886, Page 6 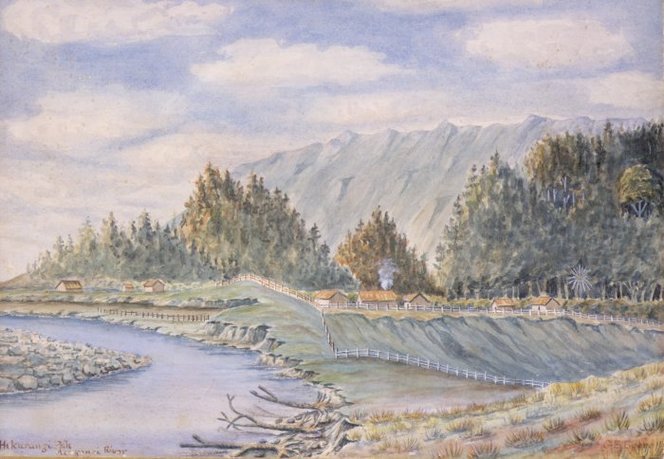 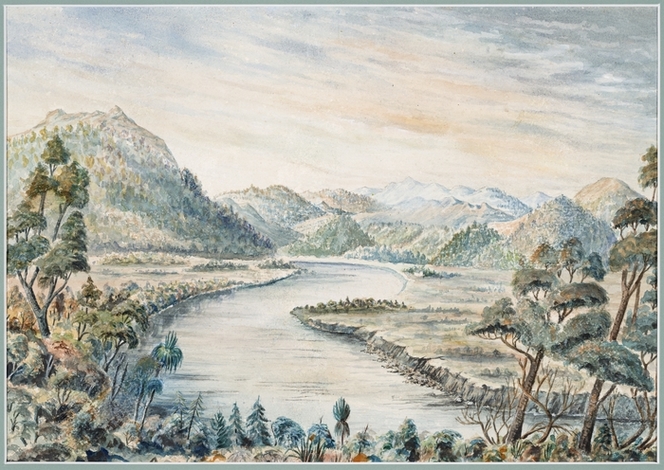 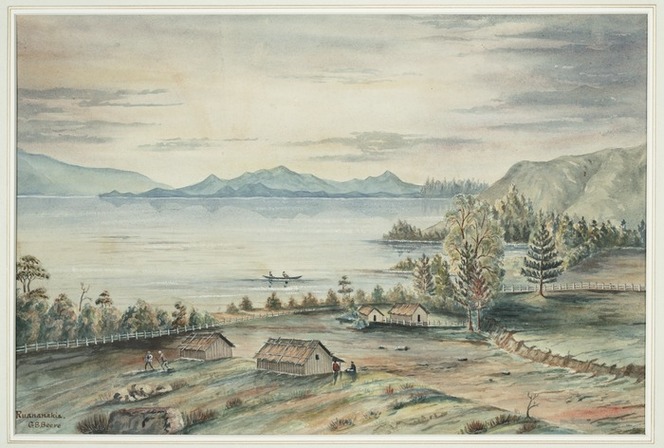 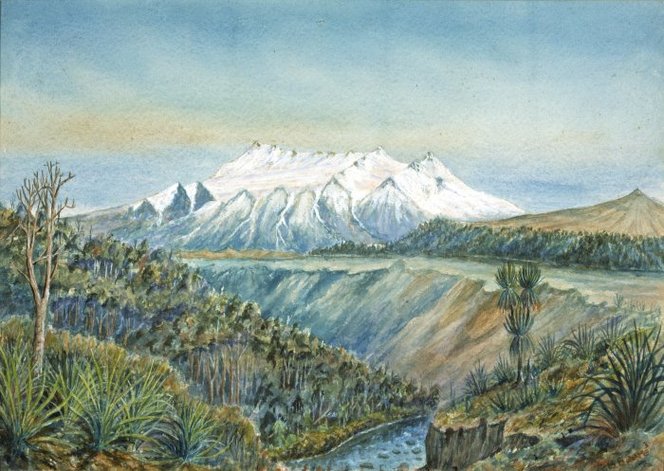 Gerald Butler Beere (1796-1876)
Gerald first served an apprenticeship to his father Daniel, a goldsmith and Freeman of Dublin. He then took Holy Orders and became Rector of the Parish of Kilbixy, which is near the town of Ballynacargy in Westmeath County and later Rector of Adare, Prebendary of Ballycahane, both in the County of Limerick and also Prebendary of Limerick Cathedral.  He married Mary Florence Armstrong, 5th child of General Alexander Armstrong. 1851 census records show that they leased property in Main St Blackabbey, near Adare, from the Earl of Dunraven. [died 20 June 1876 at Adare in his 81st year]


Alexander Nenon Beere – married Alice Maunsell. Alice’s family were most important in drawing the Beeres to New Zealand. The Lord of the Manor at Adare in Ireland was the Earl of Dunraven, one of whose daughters married a George Maunsell who, with other family members, owned the Bank of Limerick. The eldest son of this match, Richard Maunsell, entered the Church of Ireland and was appointed to the living of Rector of Adare.  The 7th son, Robert, came to New Zealand as a missionary in 1835 and became a noted Maori scholar[1]. A contemporary rated him as, “the best there has ever been”. He spent many years translating the Bible from the original Hebrew and Greek into Maori. Robert and his wife Susan established schools to educate the Maoris at his mission at the Waikato Heads. He helped collect signatures for the Treaty of Waitangi but was later very outspoken about the injustice of the Taranaki War. He conducted the first church service in the new town of Auckland, and later became the Archdeacon of that city from 1870.


Edward Holroyd Beere (1843-1906) served as a volunteer during the Maori Wars and completed survey work in the Waikato district.  He was known by his second name.  It was customary in those days to give children a middle name to honour a wealthy relative, usually a godfather, in the hope that they would sponsor the child’s education.  This accounts for the number of Butler, Armstrong and Wyndham names given to the Beere sons in the 19th century and later.  During Maori Land Wars he was awarded the War Medal for Service. He served as a scout and was with von Tempsky for a time.  Later he was Borough Engineer in Patea and finally set up practice in Wellington (6 Lambton Quay) where he planned, surveyed and graded areas from Mirimar, Kilbirnie, to Seatoun and other parts of the SE suburbs.  He lived adjacent to “Beerehaven Steps” in Seatoun until he died in 1906.  Holroyd was born in Kilbixy and educated in Limerick.  He was a close friend of the Earl of Dunraven who lived at Adare Manor, an 840 acre estate, and was well known later for his two attempts to win the America's Cup.

At the time of the creation of the 1875/76 electoral roll, Edward was recorded as living on a leasehold property described as Lots 3, 4, Church Mission property, Shortland. Shortland and Grahamstown on the Coromandel later merged to become what we now know as Thames. He did suffer bankruptcy later in the 1870’s but was discharged in 1880. Married Mary Brewer.


Daniel Manders Beere (1833-1909) was a civil engineer, a very good artist and photographer.  He travelled to Canada and USA in 1855 doing survey work on the railways and sketching all the time.  Daniel was educated in Ballynacargy, Westmeath County.  At an early age he went as a cadet to his Uncle, William Armstrong, a bridge engineer in Canada and came to New Zealand in 1863.

A Maritime Exhibition to commemorate the founding of the Port of Auckland included a series of photographs attributed to him.  These are now in the Auckland City Archives.  There are others in the National Library in Wellington.  Other examples of his photographs survive in an album, which has been passed down and now gifted to the Coromandel Heritage Trust.  Although these photographs are now discoloured and stained they remain remarkably sharp.  Among them are photographs of the Pink and White Terraces at Lake Rotomahana that were destroyed by the Mt Tarawera eruption.

Daniel was first appointed to serve under the Provincial Government as a Surveyor in 1864 at Auckland and was later engaged in the Waikato District.  He left the service on October 1867 after completion of the road from Mercer to Ngaruawhahia.  He was responsible for the “laying out” of the first railway in the region, which was from Auckland to Helensville.  Later he was responsible for laying out the railway from the Manawatu to Wanganui, the Pakipaki to Waipukuraua section of the Napier-Woodville railway and the construction of the Hamilton Railway bridge.

From 1868 to 1873 he and brother Holroyd were living in Thames, surveying the Coromandel goldfields and dealing in fractions and shares of claims.  This was
necessary as prospectors could only pay them that way.  After 1886 he travelled extensively and finally settled in Melbourne.


Gerald Butler Beere (1836-1914) was also born in the Parish of Kilbixy and educated in Ballynacargy.  He joined the Army (62nd Regiment) and after spending three years in North America and four with the 15th Foot in the Mediterranean. He married Matilda Brady and came to New Zealand in 1864 where as Captain he was given command of the 4th Regiment of the Waikato Militia.  Later he became an engineer with the Public Works Department and was, like his brother engaged upon railway construction, especially the Rotorua Railway.  He spent some years in Australia as inspector of Roads and Bridges for the district of Denilquin, NSW but returned to New Zealand where he died in Devonport in 1914. Gerald was a competent artist and his work is in the Alexander Turnbull library. 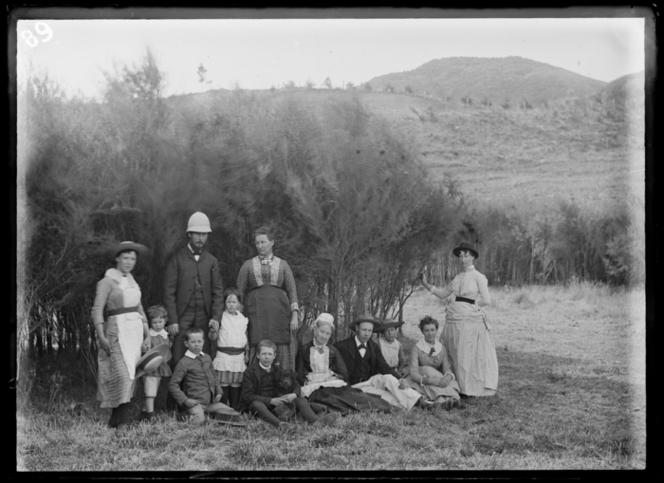 Nenon Francis Beere who married Thomasina Brown Brady (sister of Matilda who married Gerald. See above) and remained living in Ireland except for a period during which they lived on the island of St Helena.  One of his children, Lionel, became a missionary in Korea and finally settled in New Zealand after being driven out by the Japanese in 1940.

George Armstrong Beere was born in 1840 in County Limerick, Ireland.  He was educated at Trinity College, Dublin and served on the railways in Ireland.

He came to New Zealand from Ireland on the "Shalimar" with his brother Holroyd Beere arriving in Auckland on 20 December 1862. Four days later, George married Georgina Emily Armstrong, his cousin (also a passenger on the “Shalimar"), on 24 December 1862, at Old St Paul’s Auckland. He was employed for years at Marlborough Municipal living at Havelock and Picton.  In 1868 he went to the Thames goldfields and joined with his brothers as mining engineers and surveyors working under the name of Beere Bros. Around 1875 he was recorded as living in Grey Street, Shortland.

In 1891-92 George and his brothers prepared a large map of the goldfields with details of mines and reefs.  This map was observed hanging in the Thames School of Mines in 2010.  Amongst projects they were responsible for were the Town Belt, Lowry Bay Wharf and sub-division, Greytown Railway line, Mungaroa to Waikanae and Kilburnie Road.  In about 1873 George and Edward went to Wellington in private practice.

In 1881 he went to Gisborne as engineer and draughtsman with the East Coast Land Co remaining until his death in 1915.

George owned one of the first cameras bought to New Zealand. Unfortunately it was lost in an accident (burnt) but not before a number of 8’ x 6’ photos of the minefields had been taken.  These were kept at the School of Mines.

Daniel Beere left a wonderful legacy of photographs. More Also in National Library NZ gifted I think by his family. Toronto City Archives also have a collection of his online. I wrote something about Daniel's railway work in
http://partofpastnzhistory.blogspot.co.nz/2014/03/thames-waikato-railway-first-sod-turned.html