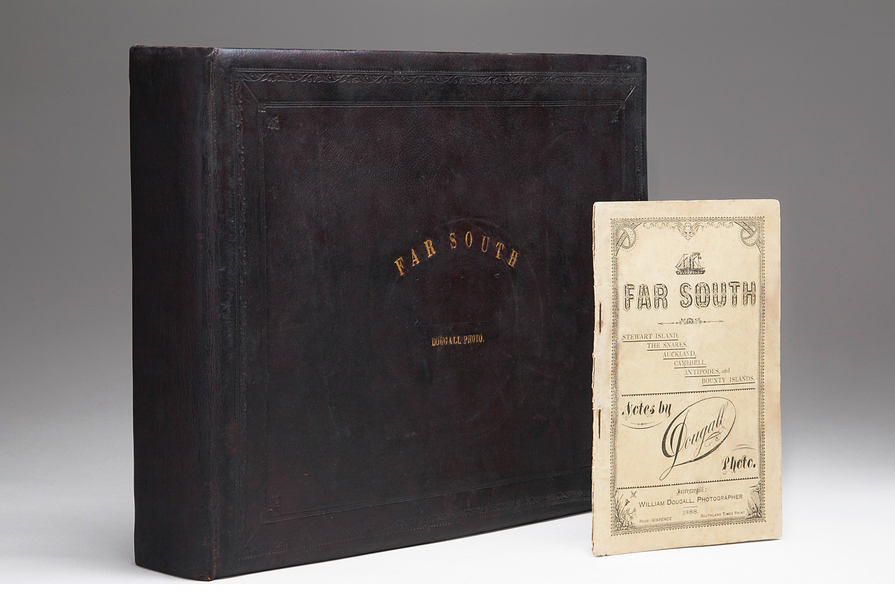 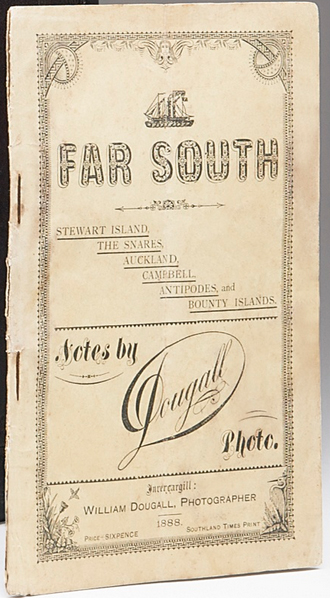 A very rare booklet and accompanying extra-illustrated album of photographs; we are unable to trace any auction record for either the text or the album of photographs. The text for the booklet was first published in the Southland Times, and is here published separately for the first time, together with a list of the photographs that were issued to accompany the text. The album was published with 56 photographs, however the present album has an additional 21 mounted photographs by Dougall.

Thomas Musgrave, whose signature appears in the booklet, was shipwrecked on the Auckland Islands for twenty months in the 1860s and is mentioned in the text; a harbour on Auckland island is named after him and there is a photograph of the wreck in the album.