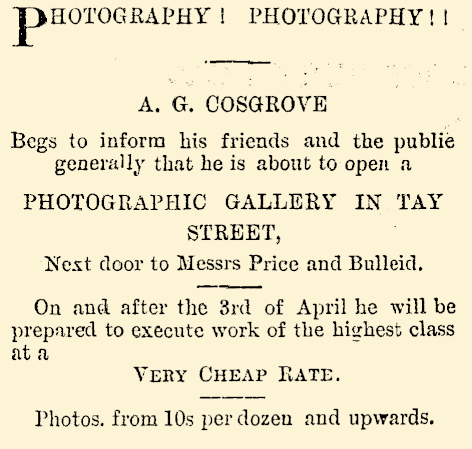 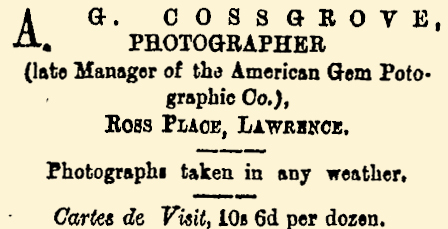 
We have had submitted to us for inspection a large photographic view of the town of Lawrence, taken by the local photographer, Mr A. G. Cossgrove. The view is a capital one, and the artist has succeeded in placing before his patrons a production worthy of a much larger town than Lawrence. The buildings, even to the lettering on the shop signs, come out boldly and distinctly, and the light and shade are well contrasted. With pleasure we testify to the excellence of Mr Cossgrove's landscape view. 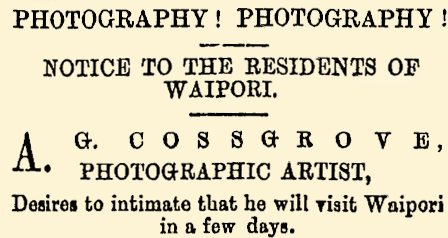 A branch of the American Photographic studio of Messrs Lovewell, Wing, and Co. was opened yesterday in the premises next the Grahamstown Office in Williamson street, and the Management are now prepared to execute the latest novelties in photography at the exceedingly low rate of charges notified in their advertisement.
Thames Star, Volume XII, Issue 3757, 12 January 1881, Page 2 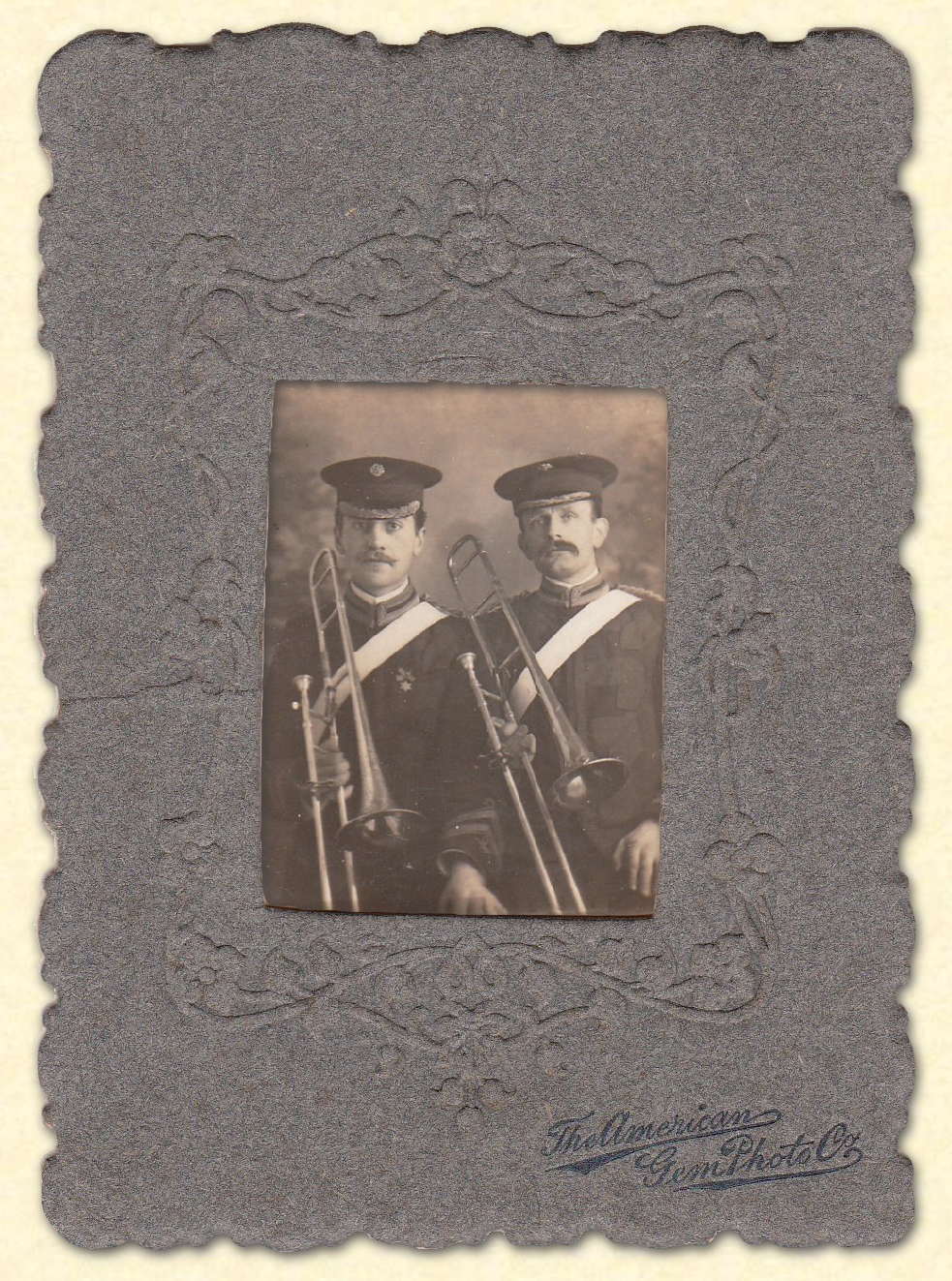 The American Gem Portrait Company will open a branch on Saturday in the Avenue next to Ainsworth's boot shop, under the management of Mr A. G. Cosgrove.
Wanganui Herald, Volume XXII, Issue 6623, 25 September 1888, Page 2


As this is the last day that the American Gem Photographic Company will be in Wanganui, we would advise all those who wish to have a cheap and good photo taken to make use of the opportunity and pay a visit to the studio in the Avenue.

A bankrupt named Cossgrove [brother of Andrew Goudie Cossgrove], a teacher by profession, who at one time resided at Maheno, received pretty rough treatment at the hands of Judge Ward in the District Court at Westport a day or two ago. The bankrupt, remarked his Honor, seemed to have run bills with every human being who would trust him, and then came to the West Coast, considering it a perfect Alsatia for getting rid of debts, thinking it was as easy to get through as in 1869. The illness of bankrupt's wife was to be deplored, but the medical comforts required seemed to be not so much got from chemists as from grocers and drapers. Bankrupt appeared to have been running his establishment entirely on credit. An order of discharge would only be granted conditionally on the payment of 10s in the of the debts, which would amount to £75 per year. His Honor trusted that the Education Board expected the bankrupt to instruct his pupils in honesty.
Tuapeka Times, Volume XXIV, Issue 1806, 24 June 1891, Page 2