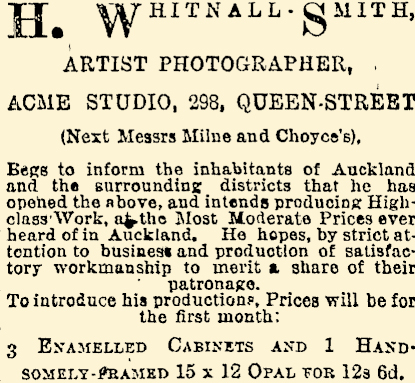 In another part of this issue our young townsman Mr H. Whitnall Smith announces that he has opened a photographic studio at 298 Queen-street over Milne and Choyce's premises. The studio and waiting rooms are large and commodious and have been fitted with every necessity for the convenience and comfort of sitters. There are also two large work-rooms containing every requisite of the trade. Those requiring photographs would do well to visit Mr Smith.
Observer, Volume XV, Issue 854, 11 May 1895, Page 18 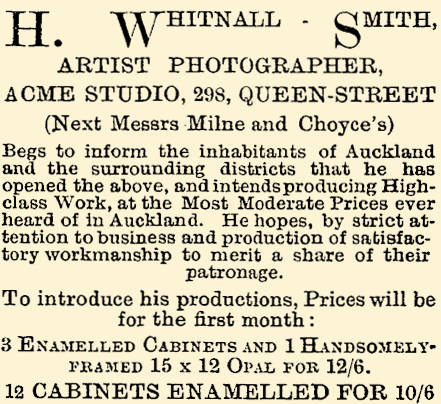 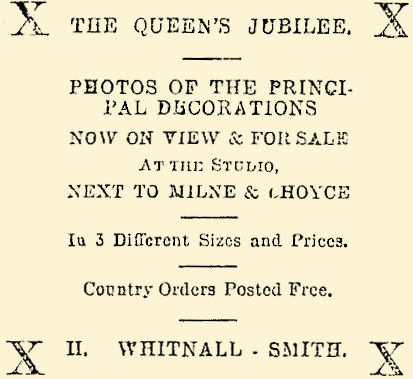 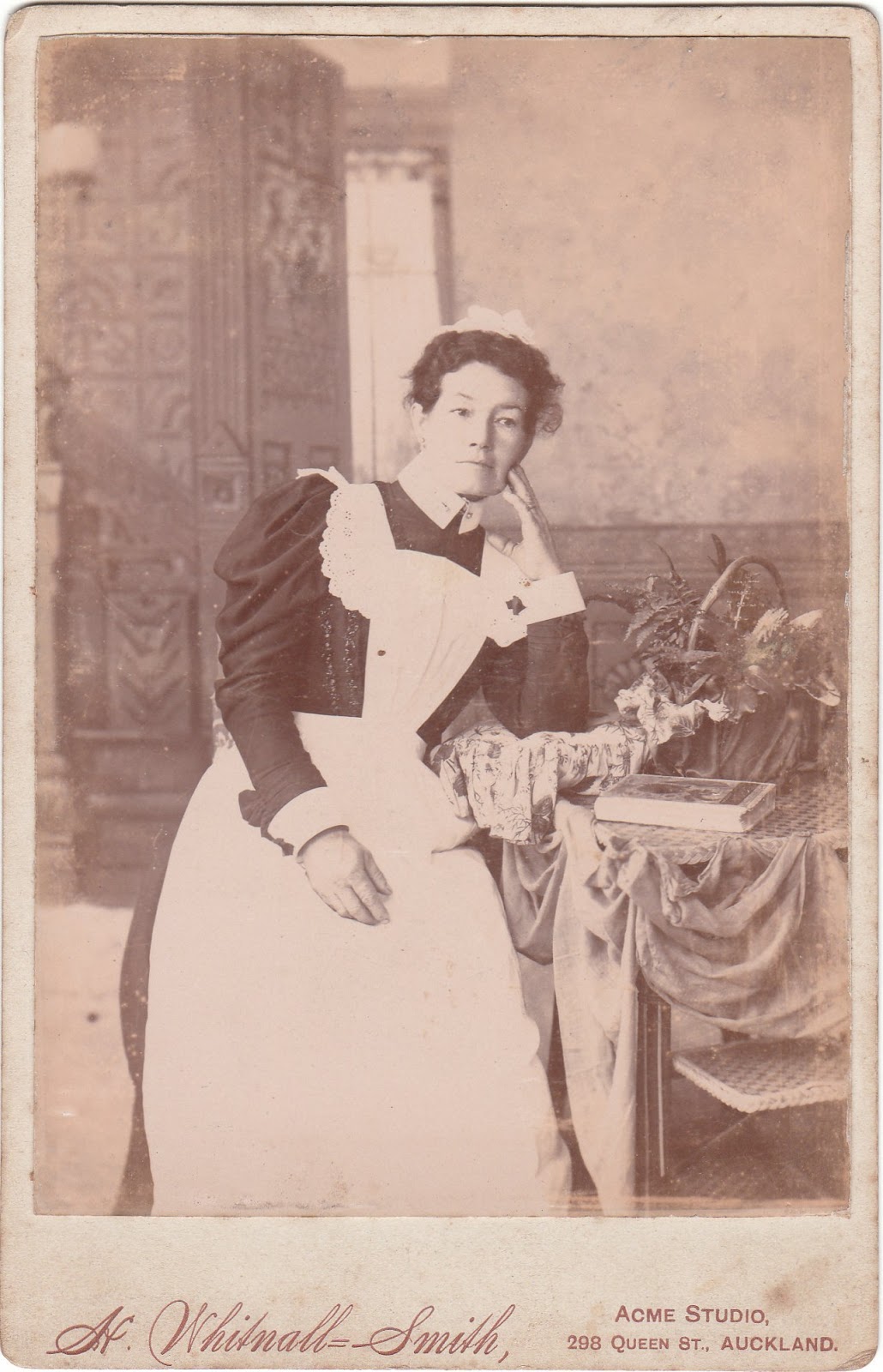 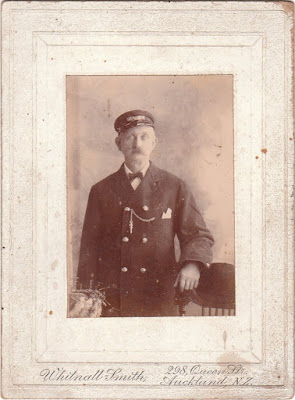 A Pretty wedding was celebrated on Wednesday afternoon, March 26th, at the Church of the Holy Sepulchre, Khyber Pass. The contracting couple were Mr H. Whitnall-Smith, of Auckland, and Miss Middlebrook, second daughter of Mr J. Middlebrook, of St. Mary's Road, Ponsonby. The Rev. G. Carver, officiated. The bride was given away by her father, and looked very pretty in a handsome trained dress of white brocaded silk, made with transparent yoke and sleeves, and trimmed with chiffon and orange blossoms she also wore a coronet of orange blossoms, tulle veil, and carried a beautiful shower bouquet presented by the bridegroom, who also gave her a dainty gold watch.

The bridesmaids were Miss Wood, Miss Wild, and Misses Edith and Ettie Middlebrook, two little sisters of the bride. The first couple wore charming dresses of fine white muslin elaborately tucked and inserted with lace, and trimmed with creme silk, white chiffon picture hats, and each carried a beautiful shower bouquet and wore a gold twin-dove brooch, presented by the bridegroom. The little girls wore dainty creme cashmere frocks, tucked, and the yokes and sashes of silk, and white leghorn hats trimmed with chiffon. They carried baskets of flowers and wore gold brooches, the gifts of the bridegroom. Mr Kinnear, dentist, acted as best man, and Mr J. Middlebrook, junr. as groomsman. Mrs Middlebrook, mother of the bride, wore a handsome black silk gown, trimmed with lace, turquoise blue and jet bonnet Mrs F. Stonnex, sister of the bride, wore a pretty grey voile dress trimmed with creme guipure insertion threaded with black ribbon velvet, and the bodice trimmed with chiffon, black toque; Mrs Whitnall- Smith, mother of the bridegroom, wore black; Mrs Armiger, black silk tucked blouse, black skirt, and black hat. The bridal party drove to the residence of the bride's parents, where they were entertained at afternoon tea, and in the evening a party was given in the Ponsonby Hall, which was most enjoyable and successful.