born circa 1858 Wraysbury, Buckinghamshire, England,
reg Jul-Aug-Sep 1858 Eton 3a page 332
son of William Wykes Ladelle (1) and Emily Grace Ibotson
arrived Melbourne, Australia 18 October 1883 on the ship "Winefred" (2)
arrived New Zealand about 1902
died 13 September 1954 aged 95 years,
ashes buried Karori Crematorium, Wellington
record number: 13645, death registered 1954/31953 (3)
PHOTOGRAPHER BREAKS A LEG
(By Telegraph — Press Association.)
Levin, December 24. A photographer named S. Laddelle [sic], who arrived in Levin a few weeks ago from Palmerston North, met with a serious accident this afternoon. When taking a photograph at the edge of the gravel-pit near the library, in Oxford Street, he stepped back and fell over the bank, a distance of nine or ten feet. His leg was broken just above the ankle. Doctor Simpson, of Christchurch, who was passing, gave medical assistance, and Ladelle was removed to the Otaki Hospital.
Dominion, Volume 8, Issue 2342, 26 December 1914, Page 10

Mr Ladelle, who met with a nasty accident at Levin while taking a photograph on Xmas Eve, is now almost recovered and will leave the Otaki hospital in the course of a few days.
Horowhenua Chronicle, 25 January 1915, Page 2 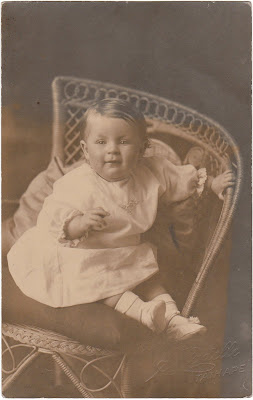 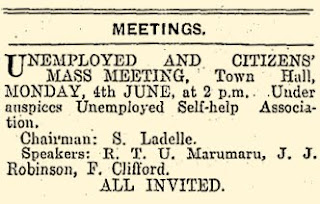 PARLIAMENT'S RIGHTS
(To the Editor.)
Sir, — Someone appears to have been applying to a gentleman who is pleased to call himself "Ginger" for information concerning the increase in the rate of exchange, but it also appears that "Ginger" is unable to give the information required. Will you allow me also to make inquiry through your columns upon this subject? Can you or Mr. "Ginger" or anyone else tell me if there is any limit to the power of Mr. Coates, and, if so, what limit? If Mr. Coates is at liberty to decide upon the policy of the country upon so important a matter as fixing an artificial rate of exchange in defiance of the advice and wishes of most of the financial institutions of the country, and the Minister of Finance, without consulting the people's representatives, what is our Parliament for? Might we not as well abolish it? I have always been under the impression that it is the duty of the Government to propose a policy and of the majority of Parliament to approve or reject such policy, but in the present instance no one except Mr. Coates, the Farmers' Union, and perhaps a few Cabinet Ministers appears to have had any voice in the matter. It is to be hoped that when Parliament reassembles members will not fail to make it plain that their duties are not to be usurped by the Government with impunity.—I am, etc.,

Posted by Early Canterbury Photography at 12:13 AM