he arrival of a large parcel of portraits, partly on gelatino-chloride and partly on a specially beautiful matt surface paper, just a the time we are considering the commencement of a series of brief articles on "The World's Photographer," is specially opportune. We say specially so, because they are accompanied by a few notes on the production of the matt-surface prints which will give us a text for one of the principal lessons that we wish to tech, namely, the man is the main factor in photographic success. The beginner usually finds the dozen bad plate in a gross. As he grows older in the craft he finds that the plates are all right (he is sorry he used to abuse them), 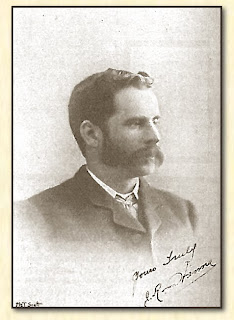 but that his lens is not nearly so good as Mr. Meddall-Winner's, made by the same optician. Later still, though he may admit that his lenses are al right, he complains that he had not sufficient variety of them. Or if he is a landscapist, he compares his work with another's, and explains the differences by saying that the other is a man of leisure, who can spend as much time as he likes at a given spot, and always take it when the lighting is perfect. If he is a portraitist he often blames his sitters, and says that "no one can make decent portraits of people who dress like guys, and who are all mouth and feet." And perhaps, last of all, he drifts into that most dangerous state, in which he never compares his work with that of others, or, if he does so, always concludes that his own work is faultless. This is the man who never sets the Thames on fire.

This is the man, also, who when a journalist makes a few notes about another photographer, objects to the selection of that photographer as being one whose work "isn't fit to look at," and whose popularity is based on bunkum and the ignorance of the public. 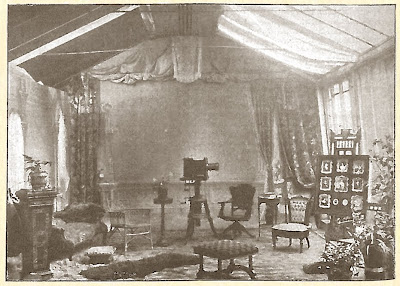 The Studio of J. R. Hanna.
This amiable man is always anxious to learn, but he abuses the poor journalist who reproduces for his instruction or encouragement a fancy dress or fancy pose picture, and says "why don't you give us some ordinary everyday sitters, in ordinary everyday dress, and ordinary everyday poses - people who are not handsome, such as an ordinary everyday photographer see in his studio." And when such studies are given his wrath knows no bounds, but he writes: "If you can't give us better things than - and -, keep out the pictures altogether , and give us decent reading. If I couldn't do better works than - and - I'd give up photography." This unfortunate man in his last stages is hopeless, and we do not mean to attempt his reclamation. But there are, fortunately for the photography of the future, hosts of young, capable, enthusiastic men passing through our studios in little businesses of their own, whom we hope to be able to help with suggestions.
And this brings us back to the main point, which is to be one of the main lessons of this series of articles, that the man is the main factor in photographic success. 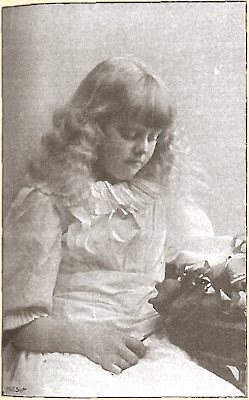 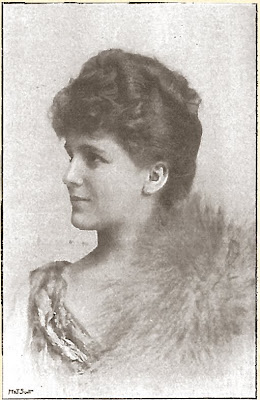 Photograms by] [J. R. Hanna.
Some eighteen months ago, or more we were delighted by receiving from Auckland, New Zealand, a packet of photograms so beautiful in every respect that we felt we must show them to the fraternity. Accordingly, the member of the Photographic Club (London) had sight of them, and shortly afterwards they were shewn to the London and Provincial Association and to friends in other places. At the Club the opinion was expressed that no man in Britain was doing better all-round portraiture; at the London and Provincial a similar verdict was given; and Mr. Thomas Fall, to whom, amongst other, they were shewn, said he had never seen such lovely work. We mention these opinions because they carry so much more weight than any statement of our own, and because they are a generous and well-deserved tribute to the ability of one of those colonial workers who so well uphold the reputation of our common English-speaking race.

Mr J. J. Hanna, the photographer in question, is a professional, whose work is simply intended for the pleasure of his patrons, and to gratify his own taste. It is "commercial" work, that bears evidence of thought and infinite pains in even the smallest details. The few examples reproduced speak for themselves as to the posing and lighting; but the point which give the greatest charm to the finished results in the parcel above spoken of, and in a few of those more recently received, is the beauty of the prints in quality, tone, and surface. The first parcel was mainly matt prints, and as they came before the matt gelatino-chloride had been at all extensively used, they had the extra charm of novelty. But even now, with gelatino-chloride in the hands of everyone, and with matt-surface papers fully established, there has been nothing better than Mr. Hanna's prints. His method of making them should be interesting, as showing what care and labor such a worker will give to obtaining the exact result he wishes, though it is quite unlikely that anyone will now adopt the same means. 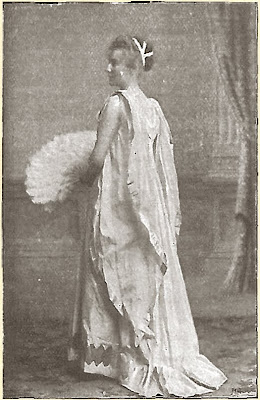 The prints are on "three stars" albumenized paper, mauve, sensitizsed by Mr. Hanna, and printed , toned, etc., in the usual manner, slightly over-toning. After a thorough washing, they are enamelled in the usual way, with collodion and gelatine. Stripped when perfectly dry from the plate glass, each print is matted, as soon as possible, with very fine pumice powder. About a dessert-spoonful is placed in the middle of the print, and rubbed round and round with the yips of the first and second fingers until the glaze is removed from all parts, then the bulk of the pumice is shaken off, and the remainder of the work completed by a gentle rubbing with the ball of the thumb.

Nothing in it! Quite so. A roundabout method. Certainly, as compared with the methods that are now available. But well worth recording, nevertheless. Mr Hanna greatly admired the beauty of platinotype. But the platinum paper that he tried - after its voyage half round the globe - would not give satisfactory results. Plain salted paper was not easily obtainable, and had certain disadvantages, matt print-out paper was not on the market, there was no platino-bromide available, so it was a case of making the best of the material at hand. And of the results - the true test of any method - we have already spoken.