Alfred Gorham Lambert and Charles Edward Heatley
[they were brothers-in-law; both being married to daughters of Richard and Agnes Fellows] 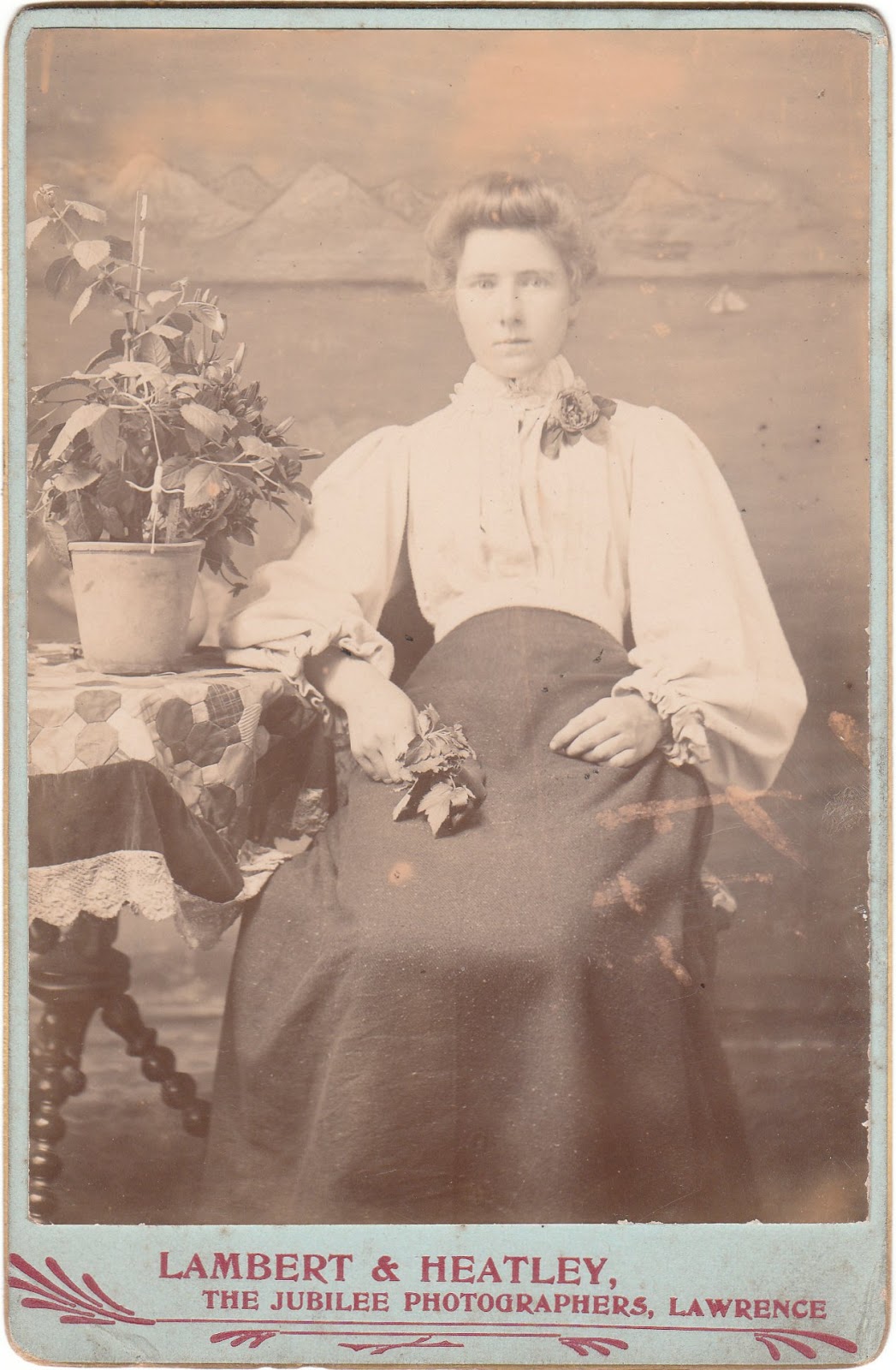 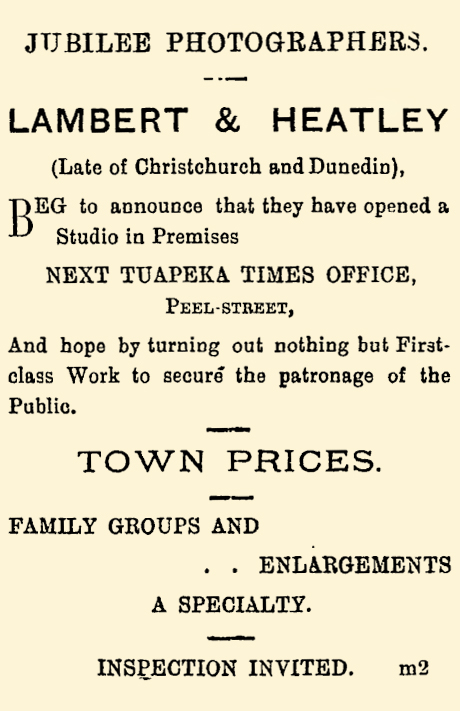 Messrs Lambert and Heatley, who have made a reputation as photographic artists in both Dunedin and Christchurch, have opened a studio in Peel street next to our office. They are capable of turning out first class work, and the public during their stay in Lawrence will have an opportunity of getting work of a class done that can only be obtained in some of the best metropolitan studios. The opportunity is one that should be taken the fullest advantage of. 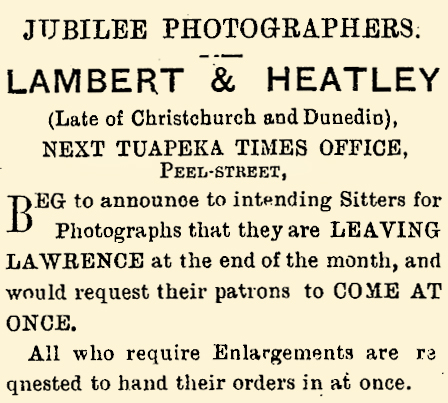 Messrs Lambert and Heatly [sic], the Jubilee Photographers, announce their intention in another column of giving up business in Lawrence at the end of January, and that up to that date they are prepared to undertake any description of photographic work, either at their studio or at the customers' homes. At the present time they are making a specialty of family groups, which they are prepared to take on the most reasonable terms compatible with first-class work.

MESSRS Millar and Austin have opened in Lawrence as photographers in the premises lately occupied by Messrs Lambert and Heatley. The new firm have had a lengthened experience of all descriptions of photographic work in other towns, and having had the studio renovated and improved they are in a position to turn out work equal in every respect to that procured in the larger cities. They solicit an inspection of their work exhibited in their window.


Charles Edward Heatley, who will be remembered as having been in business some time ago in Lawrence in the firm of Lambert and Heatley, photographers, met with an accident on the Big Hill while proceeding to Beaumont yesterday morning. It appears that he lost control of the machine, and a Mr Brown who came along shortly after had some difficulty in separating him from the bicycle. He was at once conveyed to the hospital, where he died in the evening, few minutes before his wife arrived. No inquest is considered necessary. Deceased was 28 years of age.


Distressing Fatality.— On Friday last Mr C. E. Heatley, a young man who had been resident in Invercargill for some time and was well-known about the district as a canvasser, met with an accident which caused his death soon after in the Tuapeka district. He was riding a bicycle and it is supposed that he lost control of the machine on a steep part of the road and was thrown violently against a bank. The fatality is the more lamentable seeing that he but recently married a young daughter of Mr R. Fellows. The remains of the unfortunate man were brought home on Saturday and the funeral takes place to-day from Mr Fellows' house, Nith street.

Posted by Early Canterbury Photography at 1:00 AM