The family connection, if any, with the marine photographers Beken & Son of Cowes, has not been established.


Industrial Exhibition 1895
... Mr Charles Beken shows some exceedingly nice work, one of the most attractive specimens of which is No. 78, an enlarged portrait of a child, charming in its delicacy and softness...
Star, Issue 5371, 24 September 1895, Page 4 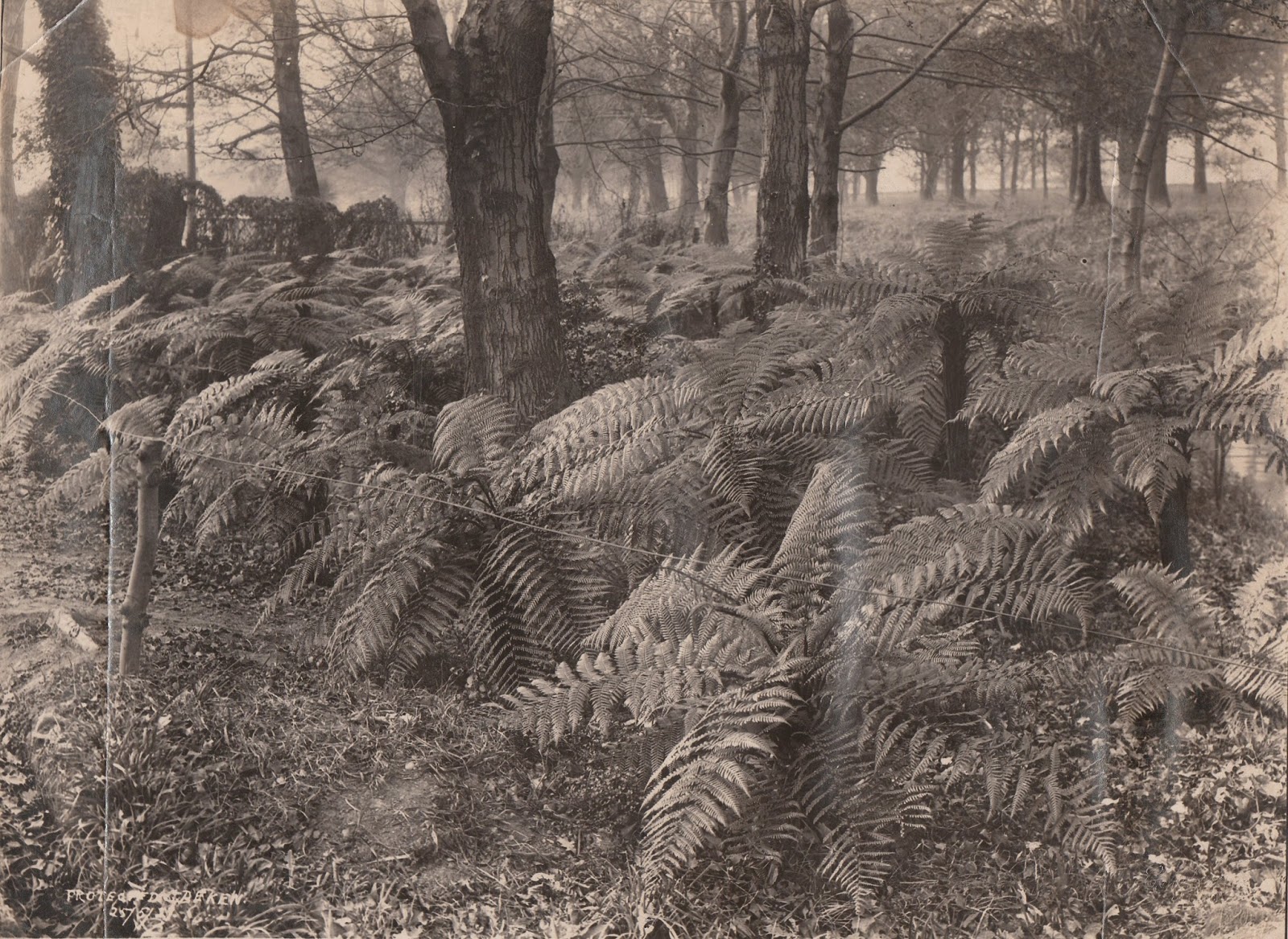 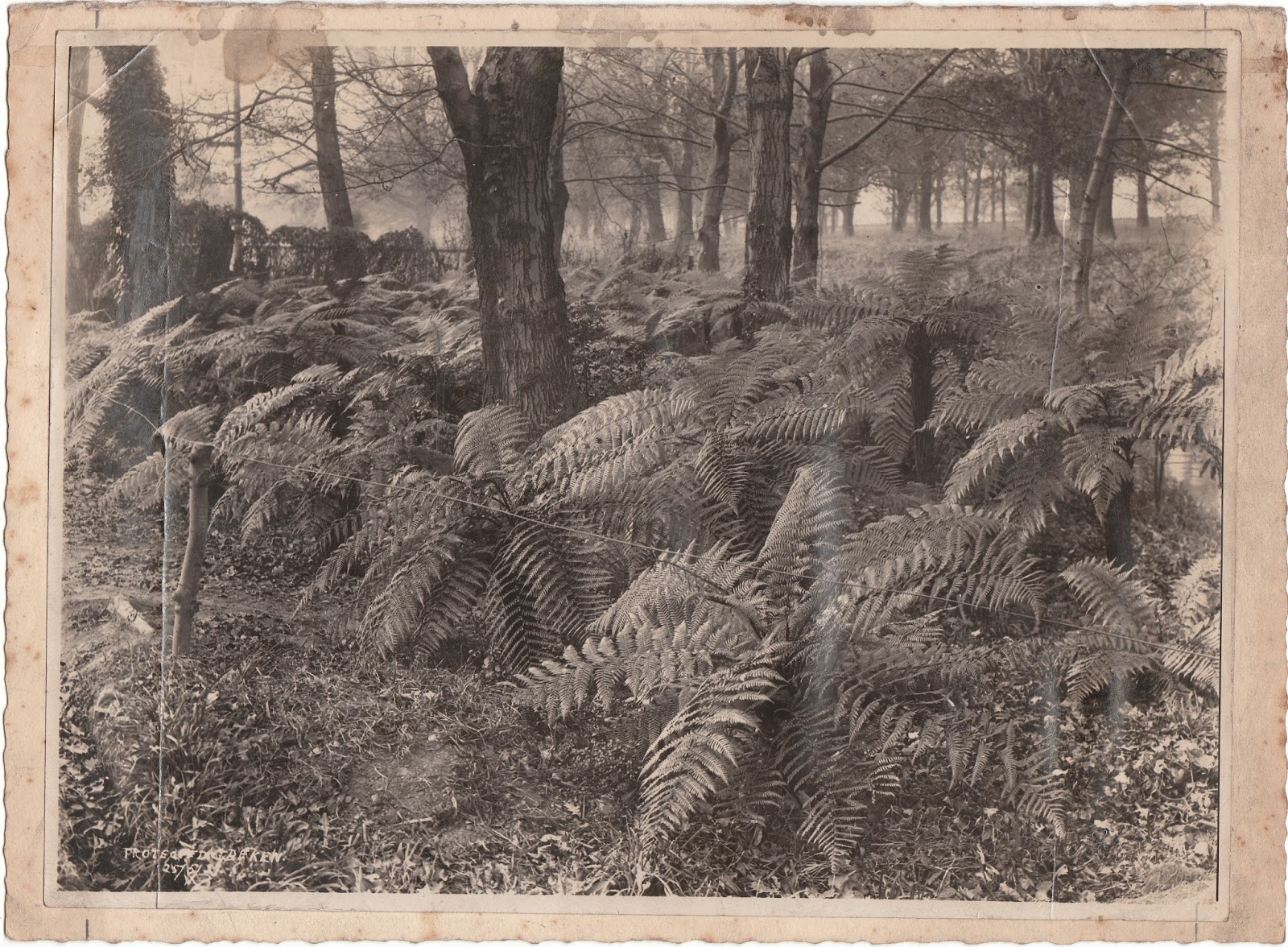 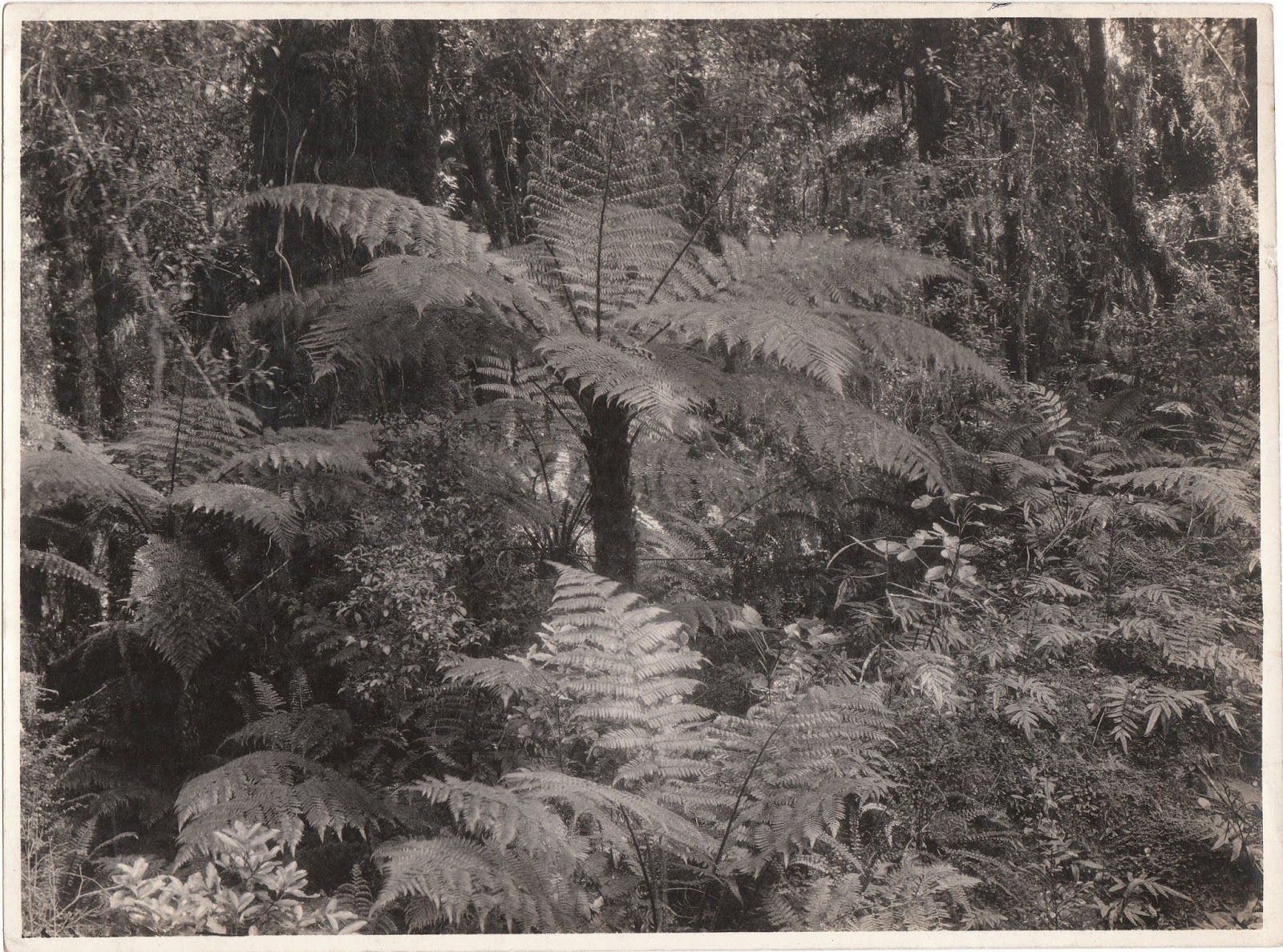 HOW A LIBERAL GOVERNMENT TREATS LABOUR.
TO The EDITOR OF "THE Press
" Sir, —I would like to ask your advice on the following matter: —Last October I did a lot of photographic work for the Government Tourist Department, for their exhibit in the Industrial Exhibition held here last November, and up to date have not been able to get payment for it. My account was rendered to the Tourist Department here, and the officer in charge informs me he "passed" it and forwarded it to the head office. He informs me he has written about it and other accounts for work done for tho same Exhibition, and that none have been paid yet (although it is now six months ago). I have also written myself about it, and was informed that my account had been passed, and that a cheque would reach me at an early date. But the early date does not come. When next I enquired, I was told that all accounts would be squared up before Mr Massey took charge of affairs, but as Mr Massey did not take charge of affairs my account has not been paid. The next time I enquired, it was All accounts would be paid by the end of March the end of the Government financial year. I would be glad if you could inform me what is the best thing to do in the matter. Can I place it in the hands of a solicitor to take proceedings, as the Department evidently does not intend to pay it unless something is done. I would like to state that the prices charged for the work done by me were the prices fixed by the Tourist Department, viz., for lantern slides, 1s each, and for 23in. x 17in. enlargements, 5s each (I would like to know how many firms would like to do work at those sweating prices), and the other work was done at the same ridiculously low rates, and then the Government do not pay for the work till months after. A great proportion of the money was paid out for materials, and as I am only a working man, working on my own account, it is too bad to be kept waiting all these months for my money.—Yours, etc., CHAS. BEKEN.

We trust that the publication of the above letter will have the result desired by our correspondent.—Ed. "The Press.

Press, Volume LXVIII, Issue 14331, 17 April 1912, Page 7
Diamond Wedding
Mr and Mrs Beken
Mr and Mrs Charles Beken, who celebrated their diamond wedding anniversary this week, have lived all their married life in their present residence in Rossall street. Both are holders of the prized Centennial red ribbon given to residents more than 80 years of age. Mr Beken, who is in his eighty-third year, was born on the Zealandia on its second trip to New Zealand in 1859. The boat took 108 days on the journey. Mrs Beken, who is 82 years of age, was born in Templeton, and is a daughter of the late Mr Edmund Smart, who arrived in Canterbury on the Randolph, one of the First Four Ships. Mr Beken is probably the oldest photographer in Christchurch, and in his photographs taken over a period of 60 years, may be seen the gradual development of the city from the time when there were only a few houses in a swamp where the Cathedral now stands.

From pictures taken on tiny wetplate negatives by Dr, Barker, Christchurch’s first photographer, Mr Beken has produced enlargements as clear, as present-day photographs. The old colonists’ illustrations in the museum are largely his work. At the time of the Scott Expedition he was commissioned to develop many of the plates taken in the south, and he has an interesting record of the expedition. A photograph which he prizes is one showing the turning of the first sod of the Midland Railway in 1887. Mr Beken, who was then a cabinetmaker in the employ of A. J. White, Ltd., made the barrow which appears in the foreground of the picture. Mr White brought the first cinema projector to Christchurch, and Mr Beken, in association with Messrs Burmister and Lowe, gave the first cinema entertainment in the Opera House where St. James’s Theatre now stands. Mr Beken, who was a pioneer cyclist, still uses his bicycle as his principal means of transport. His first “high bike.” a wooden-wheeled one, is now in the Christchurch museum.
Press, Volume LXXVIII, Issue 23586, 13 March 1942, Page 2
Early Photographic Records One of the most important collections recently received by the Canterbury Museum is 160 boxes of negatives and slides presented by Mr A. C. Beken. They are the work of his father. The subjects include Antarctica, early Canterbury, and natural history. Among the 2000 items are a large number of negatives copied from Dr. A. C. Barker’s early photographs when they were in first-class condition. They will fill many gaps in the museum’s collection of Dr. Barker’s original negatives of early Canterbury.
Press, Volume XCI, Issue 27687, 17 June 1955, Page 10 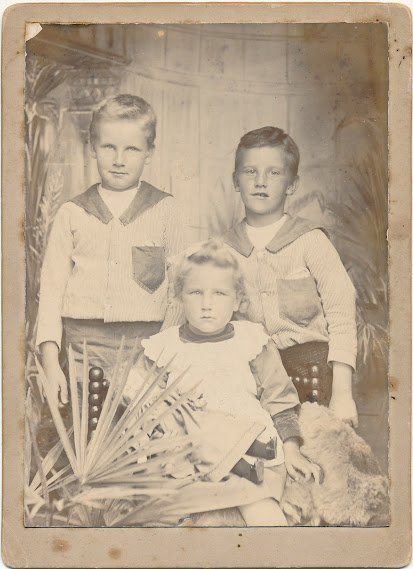 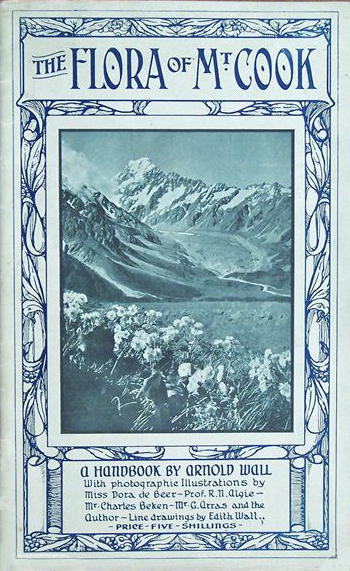 Photographs by Charles Beken appeared in "The Flora of Mount Cook - A Handbook by Arnold Wall", The Lyttelton Times Co., Christchurch, 1925. 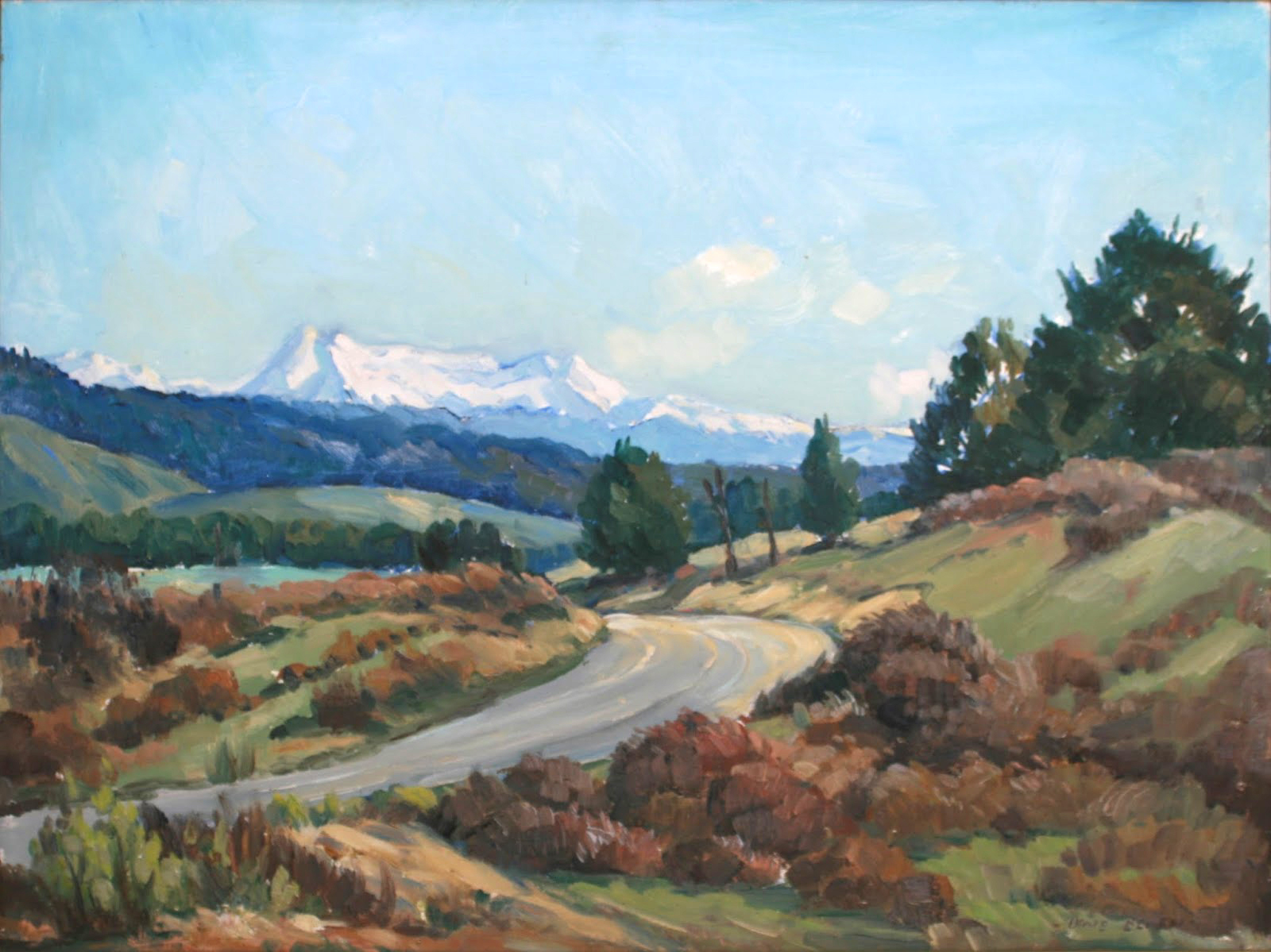 BEKEN—MEEK. A pretty wedding was celebrated at St Mary's Church, Hcathcote. on November 10th, 1920, when Mr Albert C. Been, elder son of Mr and Mrs C. J. Beken, St. Albans, was married to Miss Olive Meek, only daughter of Mr and Mrs J. Meek, Heathcote. The Rev. J. Young officiated. The bride, who was given away by her brother, wore a gown of ivory crepe de chine, prettily embroidered. Her veil was arranged with the usual wreath of orange blossom, and she carried a sheaf of lilies. The bride was attended by Miss Elsie Beckingsale, who wore an apricot crepe de chine frock, with black and apricot hat. The little flower-girl, Miss Nancy Woodward, cousin of the bride, dressed in a dainty white frock and pink hat, carried a basket of pink roses. Mr Godfrey Chattaway attended the bridegroom as best man. After the ceremony a reception was held at the residence of the bride's parents, Mrs Meek receiving the guests in a navy sergo costume and becoming purple hat. Later, the happy couple left for their honeymoon.
Press, Volume LVI, Issue 16995, 18 November 1920, Page 2

Hello, is there any chance that Christchurch City Council might use the fern image from Millbrook Reserve by Charles Beken please? We are putting up an interpretation panel in Millbrook Reserve this year and this would be a wonderful photo to share with the public. If so, please contact me on Hayley.Luke@ccc.govt.nz.