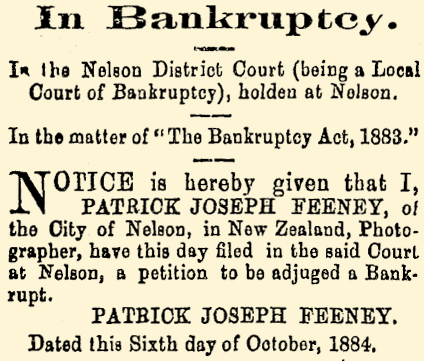 BANKRUPTCY PROCEEDINGS.
The first meeting of the creditors of Patrick J. Feeney, of Nelson, photographer, a bankrupt, was held at the Court-house yesterday, when Mr Scaife, the Deputy Assignee, presided. The lists as filed were as follows

On the bankrupt being sworn, he gave the following testimony:— I went into business in Nelson as a photographer in 1879. I had no capital, but brought my apparatus out from England. I have been doing fairly well, making from £100 to £150 a year. I have paid no rent lately, and have only averaged about 20s per week, and sometimes not so much. I have sold some of my plant lately, a lens and camera, to Mr Madden, Auckland, for £8; a lens to Mr Palliser for £2 10s and a camera and lens, with some plates, to Mr Bradley, for which I got £5 in cash. I have a camera, lens, stand, two backgrounds and some plates at Motueka, and I have lent some chairs, head rests, &c. I think I could have worked my accounts off if I had had time. I am a single man, but I have my mother to keep. I sold the gallery to Earll and Goodman for £5, and they paid me 2s on account, and I told them to take it away. I sold the gallery on the 18th Sept. because I wanted money. They did not attempt to remove it till the 4th October, when Mr Good destrained for rent. The furniture in the house is my mothers. The shop has been shut up for four months, during which I have hardly ever used it. I kept it shut up to keep the bailiffs out. I am willing to pay 10s in the £ in twelve months. I could not pay in three months, nor in six months. It was then resolved on the motion of Mr. Good, seconded by Mr Darby, that all the bankrupt's property be sold. The meeting then lapsed.
Colonist, Volume XXVII, Issue 3961, 14 October 1884, Page 3

Re P. J. Feeney
The Assignee reported that the position of this debtor was due to his idleness, and intemperate habits, and that be could have done very well had he chosen to work. The liabilities appeared to be £42, and there were no assets. That officer stated that he intended to oppose the debtor's discharge, unless he undertook to make some payments to his creditors. His Honor said that the statements made by the Assignee would have to be taken into consideration when the bankrupt came up for his discharge, there was, however, nothing to ask him at that time, and he would therefore declare the examination closed.
Colonist, Volume XXVIII, Issue 4009, 9 December 1884, Page 3 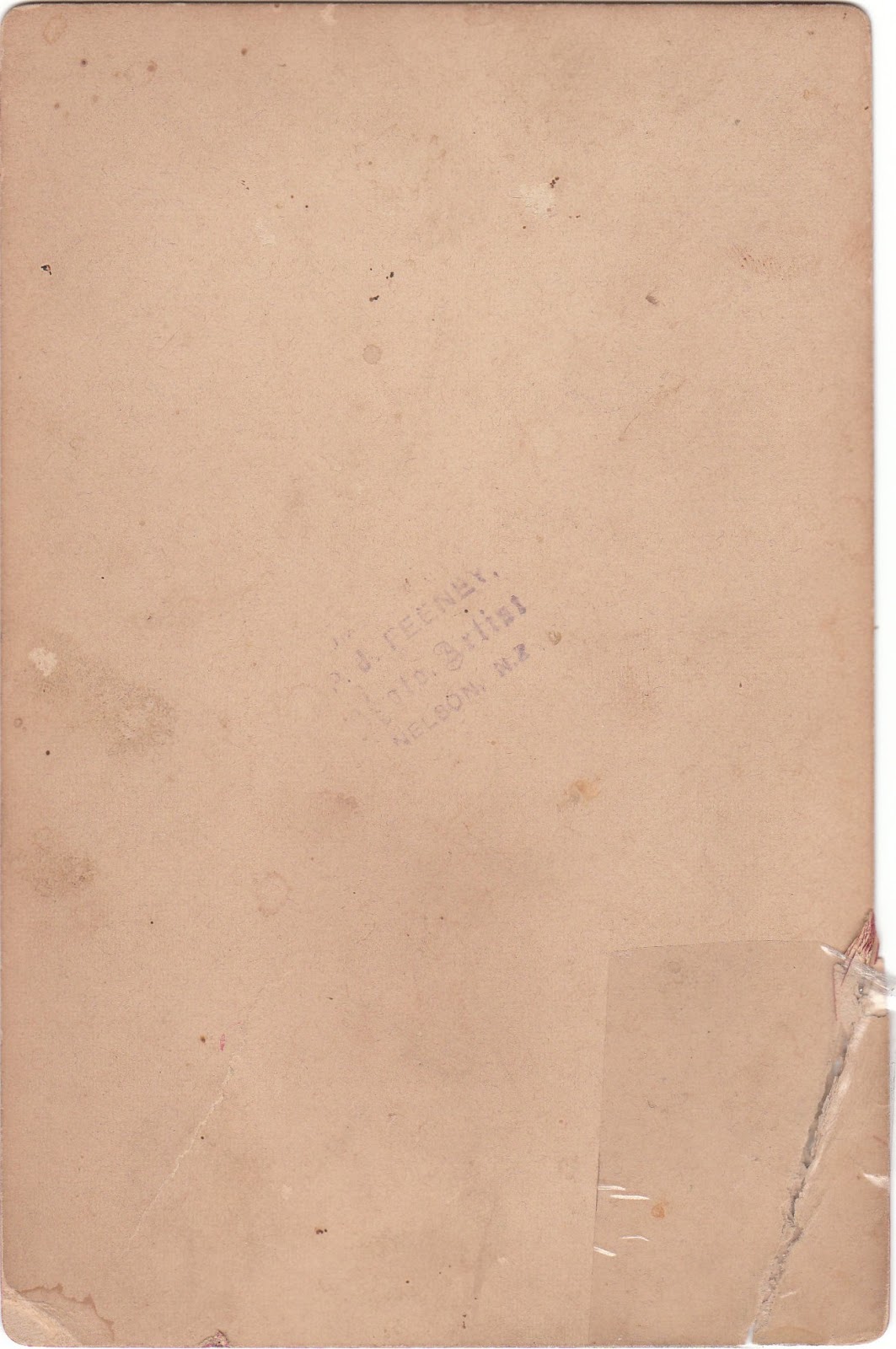