Dossetter & Co
Christchurch
Mr Dugald Macfarlane.— It will be remembered that on the last anniversary of the Battle of Waterloo, occasion was taken to present Mr Dugald Macfarlane, one of the few remaining survivors of the Battle of Waterloo, with a birthday testimonial of considerable value. It may not be generally known, however, that Mr Macfarlane has since received a letter from the president of the mess of the Rifle Brigade, with which regiment he was so honorably connected, containing a request that the mess might be furnished with a portrait of the veteran. Mr Macfarlane at once consented, and an admirable photograph of him was taken by Messrs Dosseter [sic] and Co., and forwarded by the last Californian mail to Gibraltar, where the Brigade is stationed.
Globe, Volume XX, Issue 1424, 7 September 1878 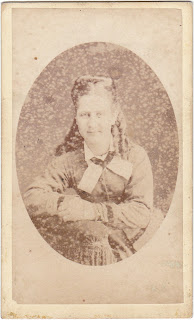 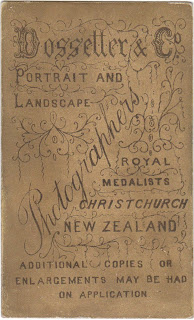 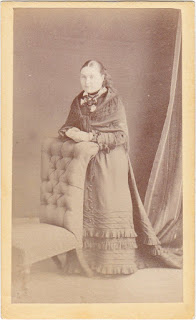 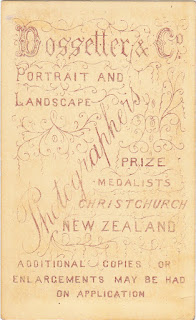 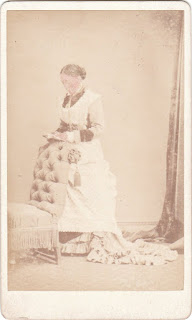 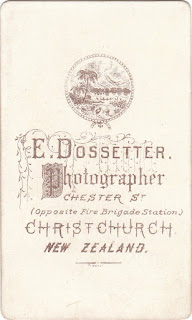 Posted by Early Canterbury Photography at 1:02 AM