The Member of Parliament for Ashley which he represented following a by-election in 1888, due to the death of William Pearson, until 1890 when he retired. (1)

Photography,— We have seen some photo's of Residences, Cattle, Horses &c, taken in the district by Mr Miles Verrell (sic), and we can truly say they are the best Specimens of out door photography we have ever, seen. Mr Verrell's (sic) charges are very reasonable and all who wish to send souvenirs to their friends should send their orders to Mr Verrell (sic).
Oxford Observer, Volume VI, Issue VI, 1 December 1894, Page 3 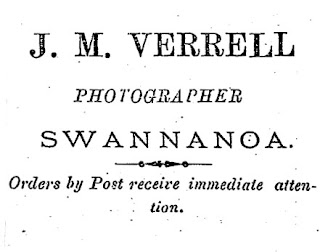 A Press. Association message from Christchurch states that Mr., John Miles Verrall, well known throughout the Dominion as a pioneer State Bank advocate, died at his residence, Swannanoa, at the age of 72 years.
Evening Post, Volume CII, Issue 69, 19 September 1921, Page 6
A well-known advocate of the State bank has passed to where banking problems will not further trouble him. This was John Miles Verrall, who, at the age of 72 years, died at his residence, Swannanoa, a few days ago. Born at Lewes, Sussex, England, Mr. Verrall was a member of a well-known family, his father being a big landowner. In the year 1880 the late Mr Verrall left England for Australia, and subsequently managed a large cattle station in Queensland, later coming to Ohoka, then removing to Swannanoa, where he lived for the last 28 years. In 1888 he was elected to the House of Representatives as member for Ashley, which electorate he represented till it was cut out. Since he first landed in New Zealand Mr. Verrall has been a strong advocate for a State bank to be established in the Dominion, In 1888 he married the daughter, of Mr. John Aylwin, Plumpton, Sussex. He leaves a family of seven sons and two daughters.
NZ Truth, Issue 829, 1 October 1921, Page 1
1871 England Census
Thomas Street House Cirencester, Gloucestershire.
John Miles Verrall, lodger, unmarried aged 21 - Student Royal Agricultural College. born Lewis (sic), Sussex.
Source Citation: Class: RG10; Piece: 2646; Folio: 96; Page: 8; GSU roll: 835326.
Source Information: Ancestry.com. 1871 England Census [database on-line]. Provo, UT, USA: Ancestry.com Operations Inc, 2004.

Posted by Early Canterbury Photography at 10:30 AM

Thanks for background info- would anyone know whether early photography has been archived. Have several photographs of WHYTE and CHERRY families done by J.M. Verrall and woud be interested to see if others