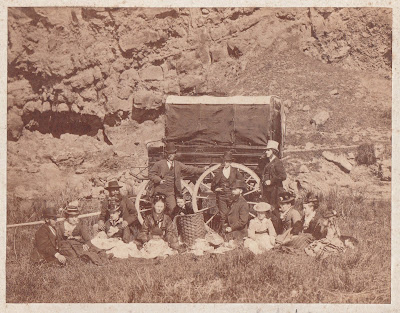 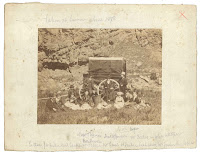 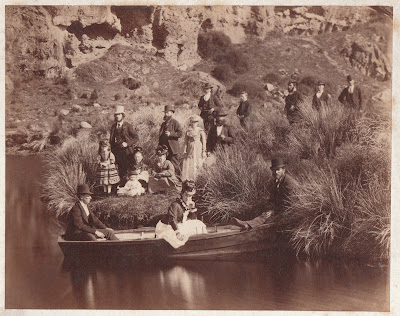 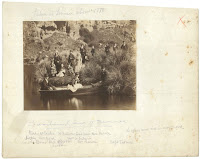 
1. Captain Edwin James Thomas the husband of Clara Ella Eccles and son-in-law of Samuel Eccles. BDM 1874/11581. \
In 1885 he was master of the Hudson an iron barque of 797 tons, of Southampton, official number 58,998 owned by Shaw, Savill and Albion Company (Limited) of 34 Leadenhall Street, London. It left London for New Zealand on 14 August 1885. In dense fog the vessel ran aground onto the beach at Milford Haven near Temuka on 26 November 1885, Mrs Thomas the captain's wife was also on board. Cargo included a locomotive consigned to the New Zealand Government. The crew and Mrs Thomas were landed safely.
Star, Issue 5483, 3 December 1885, Page 3 and Otago Daily Times , Issue 7421, 27 November 1885, Page 2

2. Richard Offwood (circa 1832 - 14 March 1909 at 20 Essex Street, Linwood)
Another old identity passed away early on Sunday, in the person of Mr Richard Offwood, at the ripe age of 77. The deceased gentleman came to New Zealand in the ship Southern Cross, in 1857 After varied experiences, he finally settled in Canterbury, and started a carrying business so long associated with his name.
Press, Volume LXV, Issue 13373, 15 March 1909, Page 7

Mr Richard Offwood, a very old colonist, died early on Sunday morning, at the age of seventy-seven years. Mr Offwood came to the colony in the ship Southern Cross in 1857. After varied experiences in New Zealand, he finally settled in Canterbury, and started the carrying business so long associated, with his name. Mr Offwood was mar ried twice, and his second wife died four years ago. There were four sons and four daughters, the eldest son. Richard, having predeceased his father by five years.
Star, Issue 9491, 15 March 1909, Page 1

4. John Henry Fisher (born circa 1850 - died 4 October 1948) picture framer.
He was responsible for importing many of the fine overseas paintings that adorn many important collections in New Zealand.

Wow! Thanks so much for that. I was truly astounded when I saw those pictures. I have been researching those names for a few years now - to see pictures of them is really amazing.

There's more information about the Eccles family on my blog here: