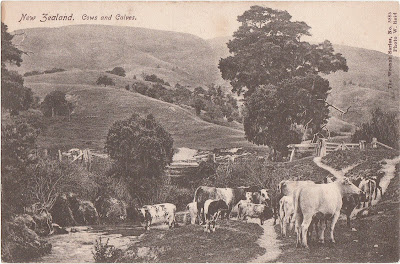 Boy Fortune-Maker.
Establishes Immense Trade in Picture Post-Cards. London, Oct. 17.
The old saying that there is no room in England for, bright young , men is effectively disposed of by the experience of Mr Evelyn Wrench, who is to celebrate the coming of age on October 29 at a dinner which is to be given to him at the Criterion Hotel.

Probably never before has it been that a successful business has been established by a boy who is not yet come of age. Three years ago Mr Wrench, who is the son of the Right Hon. Frederick S. Wrench, one of the Irish Land and Estate Commissioners, left Eton to study in Germany for the British diplomatic service.

There he became interested in the picture postcard craze, which was then at its height. Soon, afterwards he returned to England and opened a small office in the Haymarket. Originality of the subject, combined with boyish enthusiasm, at once made the "Wrench Series" popular.