above - a sketch of the photographer Alpheus Aldersley by Petrus van der Velden made during their trip to Otira Gorge in 1893. The photographer would died soon afterwards.

The Wellington photographer David James Aldersley was his half brother.

To raise funds for the Rangiora Wesleyan Circuit Fund, Aldersley arranged an exhibition of art to be shown at the Rangiora Literary Institute Hall in 1885.


Rangiora.
The Anniversary of the Province was observed as a close holiday at Rangiora, and pleasure-seeking was as usual the order of the day. At 8 o'clock the local "Red-coats" mustered at the new Post Office, and after being photographed by Mr A. Addersley (sic), marched to the railway station and boarded the train for Kaiapoi, there to take part in the Volunteer manoeuvres. Several picnic parties, including one organised by the Wesleyan Mutual Improvement Association, patronised the Grey Bush, always a favourite rendezvous in the holiday season; whilst others spent the day either at the Woodend or Waikuku sea beach. The annual treat to the local United Methodist Sabbath-school was also given, the gathering taking place in the Domain, and proving a most enjoyable one. Tho weather remained fine throughout the day, but a strong easterly wind marred to some extent the enjoyment of the seaside parties.

The Easter Encampment.- An excellently executed enlarged photograph of the Easter Camp was on view at Rangiora yesterday in the window of Mr C. Jennings' business premises, and attracted a great deal of attention. The picture, which measures 10in by 15in, was taken by Mr A. Aldersley, photographer, from the terrace on the north side of the Camp, at a time when the battalions were being exercised on the flat in front of the tents, and every detail from the flax-bordered Cust stream in the foreground to the southern terrace in the far distance has come out most distinctly.

He was a member of the Ashley Masonic Lodge, No. 1877, N.Z.C. Rangiora and organist for the Lodge.


Alpheus Aldersley died of pneumonia during a trip to the Otira Gorge with the artist Petrus Van der Velden:
Probably in the year of the letter, 1893, another trip, on which he (Van der Velden) was accompanied by three companions and a hired driver in a covered waggon, took place. The first of these companions was Alfred John Carmichael, a Scot trained as an architect ... who owned a farm "Arthurstone" at Lowburn, Canterbury; the second was a Mr Aldersley, a Christchurch photographer, and the third remains unidentified. The party struck bad weather on the return trip, and Mr Aldersley contracted pneumonia. Although Mr Carmichael hurried on to Bealey to get a doctor he was too late, and the photographer died. In a letter of November 1893 addressed to Carmichael (Alexander Turnbull Library), Van der Velden related that Mrs Aldersley had called with photographs from their "curious trip" and in an earlier letter of August that year ... he refers to the "voyage" and expresses regret at the loss of "our good Mr A."


Obituary. — A painful sensation was caused at Rangiora on Saturday by the unexpected news of the death of Mr A. Aldersley, photographer, which occurred at the Otira Gorge Hotel early that morning. Mr Aldersley left Rangiora a fortnight ago with a party of friends in Messrs Moor and Son's land yacht for a trip to the West Coast, with the object of securing photographs of the scenery to be met with on the road. The stormy weather experienced in the early part of the week before last made the journey a difficult one, the party at one time being in a snow drift eight feet in depth. Mr Aldersley took a chill, which developed into inflammation of the lungs, and speedily caused his death, notwithstanding the unremitting attention of his companions and the hotel people and the skill of a doctor summoned from Kumara. Mrs Aldersley was telegraphed for, but arrived just a quarter of an hour too late to see her husband alive. Mr Aldersley was an enthusiast in his profession, being particularly skilful in photographing scenery, and the patentee of a process for colouring the views. He was highly respected by all who knew him, and the intelligence of his death caused a deep feeling of regret in the town. He was organist of the Ashley Masonic Lodge, New Zealand Constitution, and his remains will be interred at Rangiora on Wednesday with Masonic honours. He leaves a family of four young children, and much sympathy is felt for Mrs Aldersley. – The Star, Issue 4680, 26 June 1893, Page 3

Colourgraphs.- The late Mr A. Aldersley, of Rangiora, was the patentee of a process whereby it is possible to finish photographic views in colours in a highly realistic manner. Mrs Aldersley is just now engaged preparing albums of these colourgraphs, as they are called, and she appears to be particularly successful with her work, the natural colours of the New Zealand scenery being pleasingly reproduced. Recently Mrs Aldersley sent one of her albums to Lady Glasgow (1), and received a letter expressing her ladyship's pleasure at the colourgraphs, which much interested her, being the first she had seen.


His eldest son Philip Atkinson Aldersley married on 18 December 1905 at the Presbyterian Manse, Christchurch to Sarah (Lottie) Dudley the youngest daughter of Henry Dudley of Ashburton.

Alpheus Aldersley's wife Ellen Philippa Aldersley married secondly to Frederick George Malton on 18 December 1905 at the Presbyterian Manse, Christchurch. The same day and place as the marriage of her eldest son Philip Atkinson Aldersley. (refer BDM 1905/366 and Star, Issue 8515, 6 January 1906, Page 5) She died on 8 December 1944 aged 87 years and was buried in plot 55 block 6E, Sydenham Cemetery. (CCC Burial Index and BDM 1944/30269). She lived at the time at 17 Chrystall Street, Christchurch 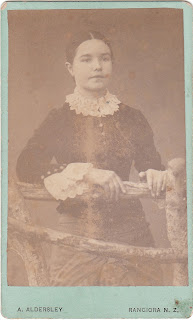 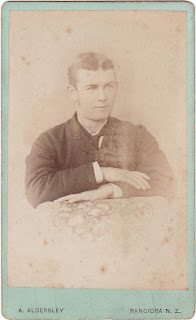 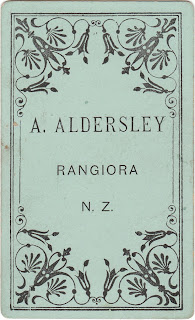 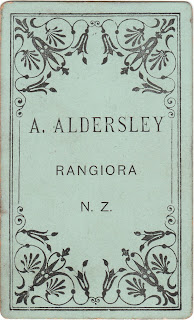 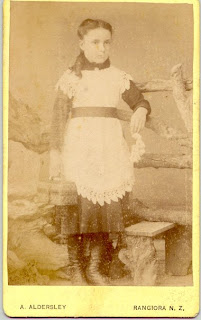 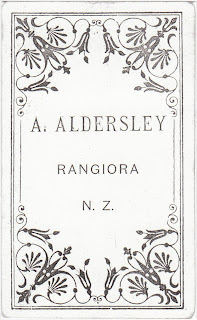 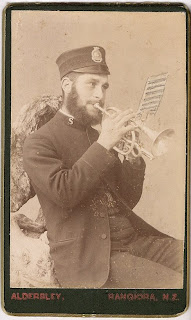 Nathan's wife Faith Taylor Aldersley died at the residence of her duaghter Mrs A. Donaldson Smith, Webb Street, St Albans, Christchurch on 11 December 1900 aged 66 years. She was buried in the Karori Cemetery on 14 December 1900 plot 195B

Thanks if you can help,

Stephen
Posted by Early Canterbury Photography at 12:53 AM