about February 1895 to August 1898
Photography.—A studio will be opened in Mr Black's Building, next Mr Noonan's, Beach road, Akaroa, where all classes of work will be done at most reasonable terms. Outside work a speciality.—A. Gungall
Akaroa Mail and Banks Peninsula Advertiser, Volume XXIV, Issue 1920, 5 February 1895
Enterprise —Mr T. E. Taylor is about to add another department to his already extensive business, which he will carry on on the same lines as the rest. The new idea is a photographic studio, for which the order has already been given, and which will be speedily in course of erection. Mr Taylor has engaged Mr Gungall, who will give up his present business, and confine himself solely to the photographic business under the auspices of Mr T. E. Taylor. All the latest appliances are to be procured and every facility given to successful portraiture as well as landscape. With nice apartments, first-class appliances, and a skilled operator like Mr Gungall there is no doubt that Mr Taylor's new department will be very well patronised
Akaroa Mail and Banks Peninsula Advertiser, Volume XXIV, Issue 2028, 18 February 1896
... We have already noted each new branch as it has been successfully established, and it is now our pleasant task to record a new enterprise: this is the opening of a photographic studio under the able of Mr Gungall. To effect this object, Mr Taylor has used the upper story of the building, which for a long time has been idle and useless.
The photographic rooms are reached by a staircase from the furniture department, the room in which the photographing takes place being a spacious apartment 24ft by 15ft, lighted by a 12ft by 12ft skylight. This has been put in on scientific principles, to secure the best light possible for the purpose.
The ceiling and walls of the room are painted in neutral tints, and it is artistically furnished with suitable furniture, pot plants and scenic appliances. The room is so arranged that large groups can be taken. New lens and all latest appliances have been procured, and photographs can be enlarged up to 15in by 12in. The prices are the same as in Christchurch, and every endeavour has been made to make the results at any rate equal to those attained in the best city studios. The workshop is 12ft by 9ft, and is nicely papered and fitted with a bridge outside, to secure the best printing.
The dark-room is 5ft by 12ft, with shifting windows, ample water supply and every possible up to date appliance. Altogether, the whole suite of rooms are worthy a visit of inspection, being very complete indeed, and a credit to the town and the enterprise of its spirited proprietor. This department, and in fact every ( part of the establishment, is connected by telephone with the shop, so that in the event of the slightest difficulty the manager can be at once communicated with.
Akaroa Mail and Banks Peninsula Advertiser, Volume XXIV, Issue 2043, 10 April 1896
At Akaroa on Friday (the Mail reports) the members of the band tendered a farewell social to their bandmaster Mr A. Gungall, who was leaving shortly to start business on his own account in Hawera and presented him with a travelling bag as a small token of their esteem and gratitude for his painstaking leadership, and of their good wishes for his future. The chairman, in referring to Mr Gungal's services, said the band had never kept together before, as it had under the present bandmaster. When Mr Gungall came to Akaroa, a perfect stranger, the instruments were lying idle, and spoiling for want of use. They were in bad repair, and there was a debt of £7 on them. Now through good management, Mr Gungall had put all the instruments in good repair (costing some £16) and paid off the debt, and still could show a substantial balance.
Hawera & Normanby Star, Volume XXXV, Issue 4015, 18 August 1898 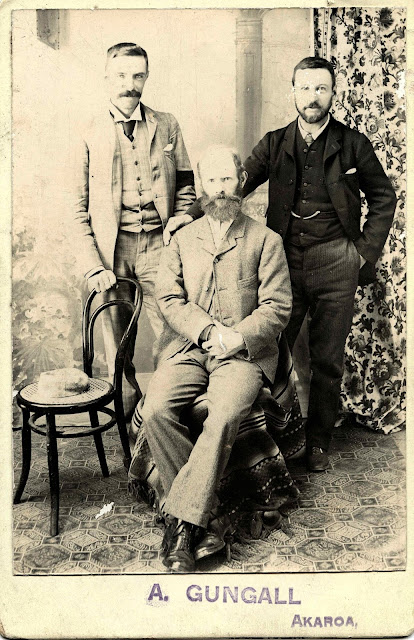 
Messrs Berry and McAllister announce that they have sold their business to Mr Arthur Gungall, of Canterbury. Mr Gungall, takes possession on 29th inst., before which payments of all outstanding accounts is requested.
Hawera & Normanby Star, Volume XXXV, Issue 4019, 23 August 1898
Photography.
Gungall, Arthur Frederick, Photographer and Picture Framer, Hawera Studio, Union Street, Hawera. This business was established in the year 1892 by Messrs Berry and McAllister, and was acquired by Mr. Gungall in 1898. The original site of the business was in Regent Street, but the proprietor, having acquired a freehold section of over an eighth of an acre, erected the present convenient studio and residence in 1904. The building is of wood and iron, with a verandah, and contains a large well-lighted studio; a vestibule with a large show window, a picture-framing department, a dressing room, and dark rooms and work rooms. In connection with picture-framing, Mr. Gungall has invented a machine for making true joints to picture frame moulding, which is simple, easy of application, and very effective. He undertakes all classes of photography, including portraiture and landscape work.
The Cyclopedia of New Zealand [Taranaki, Hawke’s Bay & Wellington Provincial Districts] 1908 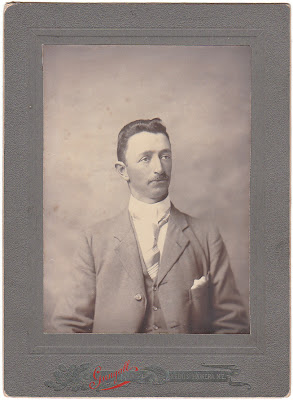 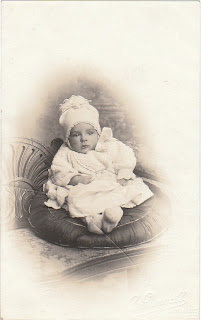 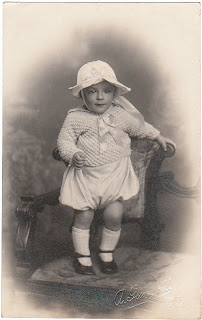 [1] In Probate records Margaret Gungall stated that her husband was born in Germany and was brought to New Zealand when a baby by his mother.
[2] Mr. John Curry. An old resident of Banks Peninsula passed away yesterday at his house in Woodville in the person of Mr  John Curry at the age of eighty.

Mr Curry and his wife came out to New  Zealand in 1863 in the ship "Chariot of Fame." They arrived in Lyttelton where the eldest child, a daughter was born. After a short stay about Christchurch Mr Curry and his family came to Akaroa where he was working for a short time for Mrs Russell.
The family lived later in Dr. Watkin's house close to the old vicarage for some ten to eleven years. In the meantime Mr Curry had purchased a section up the Long Bay road and he used to spend his time travelling up and down to the section felling bush. He took up his residence later on the land where he lived up to the time he went up to Woodville to take up land there.
He leaves a wife, live sons, including Messrs James and Samuel Curry, of Akaroa, four daughters, Mesdames Weir, Gungall, Dell and Crawford, and a large number of grand children. Mr Curry enjoyed excellent health up to the time of his death, never being bedridden.
He was typical of the old Peninsula pioneers, a hardworking man, who reared a large family amidst considerable hardship, and as a result of a healthy industrious life reached the ripe age of 80.
Yesterday afternoon Rev. J. W. Hayward kindly motored Mr James Curry up to Christchurch to enable him to catch the Wellington boat and be in time for his father's funeral.
Akaroa Mail and Banks Peninsula Advertiser, Volume LXXV, Issue 3561, 7 July 1916