John Thomas Mitchell (born c. 1871 Geraldine - died 2 March 1942 Wellington) was the son of William Mitchell, a draper and Amelia Anne Mitchell nee Herring. He married firstly in 1898 at St Mary's Church, Addington to Edith Jane Bean. He was aged 27 years and employed as a photographer in Ashburton. Following his wife's death in 1921 he married Agnes Ethel Gray at St Andrew's Church, Christchurch in 1923. He was then aged 52 years, living in Avonside and employed as a salesman. His second wife died in 1940, she was living at 12 Eversleigh Street, Christchurch at this time. 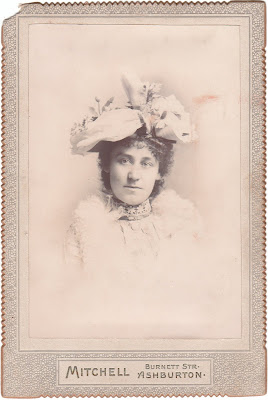 Up-to-date Photographic Studio.
Owing to increasing business Mr J. T. Mitchell, photographer, has been obliged to secure more commodious premises, and his numerous clients will be pleased to learn that he has secured a full complement of rooms in the large building recently erected by Mr T. Bullock, in Burnett Street, practically on the same site on which Mr Mitchell has so successfully carried on business for about ten years.

The main entrance to the promises is marked by a spacious corridor and vestibule, where show cases containing all the latest specimens of photography will be shown. A handsomely decorated reception room is reached by a wide staircase, while the woodwork is finished artistically in terra cotta. The reception room and office are thoroughly up-to-date, and are luxuriantly decorated and furnished, the finishing work being in French grey and heavy frieze. Adjoining this is the sitting room, which is fitted up with all necessary requirements to enable clients to feel thoroughly at home. This room is nicely finished in pink, while the floor is stained to represent walnut. From an artist's point of view the work room and the adjoining dark room are all that could be desired to ensure the best of work being turned out.

The operating room is 37 feet by 18 feet, the light being full, while the furnishings consist of the most modern posing chairs and artistic back grounds and accessories used in the largest American and English studios. Taken as a whole the premises throughout would be hard to beat from an artist's standpoint, and it may be mentioned that Mr Mitchell has spared neither pains nor expense in furnishing the rooms so as to bring them up to the status of Metropolitan studios. The decorating was executed by Messrs W. H. Collins and Co., and the woodwork by Mr G. Hoskens. It is Mr Mitchell's intention to throw the studio open for public inspection to-morrow and during next week. To-morrow evening the Temperance Band will play in front of the premises. Mr Mitchell is to be congratulated on his enterprise, and his success in the future should be assured. 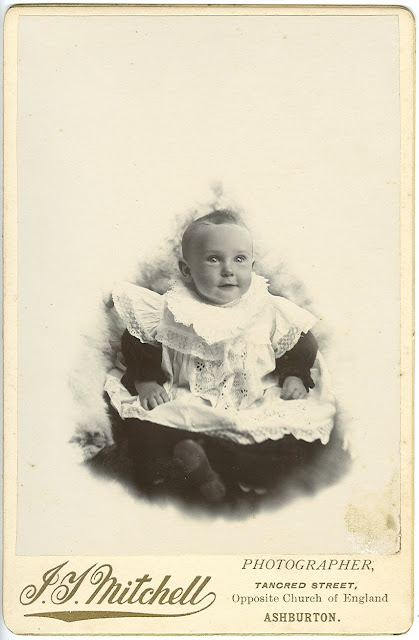 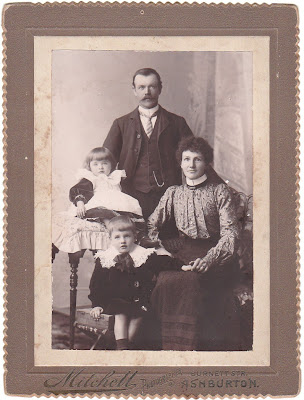 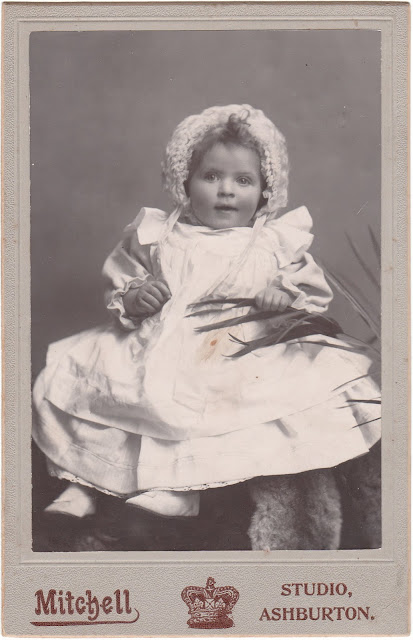 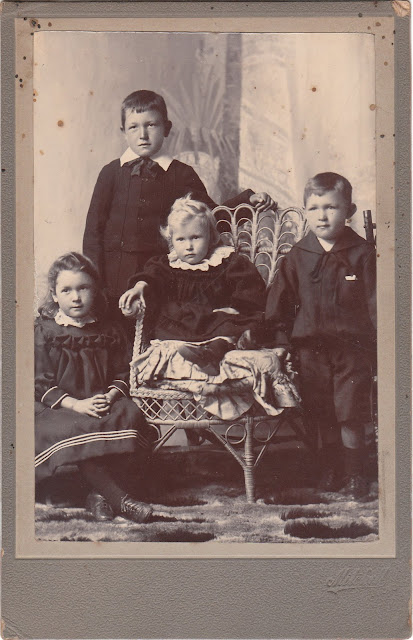 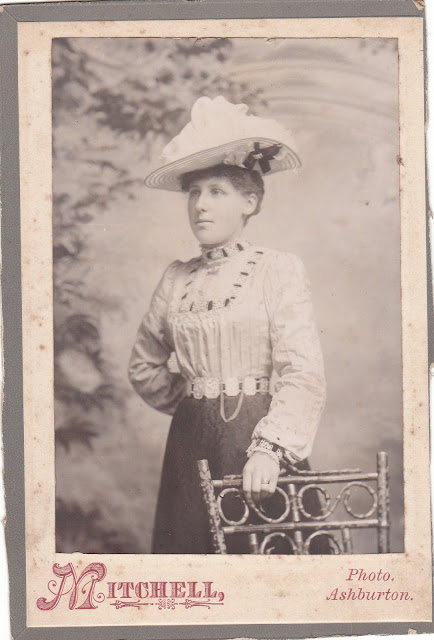 Posted by Early Canterbury Photography at 2:08 AM

The parents of John Thomas Mitchell were William MITCHELL and Amelia Annie MITCHELL not Thompson as you detailed in your piece about J T Mitchell, an Ashburton Photographer. I thought that his wife's surname was BEAU. Can you tell me the sources of your information about this photographer? My wife is the g-granddaughter of William and Annie Mitchell.I have considerable detail of the Mitchell Family gathered over the past twenty years.I'm happy to share whatever information I have. Would you have a photograph of John Thomas Mitchell or his parents? He had five children from his first marriage.

Hello David, you are of course correct his father's surname was Mitchell not Thompson. I have corrected the error and will have to be more careful, thankyou.

The name BEAN came from the Christchurch libraries transcript of the marriage at St Mary's Church, Addington, I have not seen the original document. If the writing was bad, it would be understandable they thought BEAU was BEAN. The name Bean is shown as her surname and three other times on the transcript, for the witnesses, Richard Stanley Bean, E. C. Bean and it looks like the marriage was performed by Walter Stanley Bean. Perhaps I need to see the original document to see where the error occured.

Any information would be very much appreciated, its hard finding anything about these forgotten early New Zealand photographers. Sorry I don't have any photographs of J. T. Mitchell or his parents.

I have posted two photos of the libraries transcript above.

Do you know if the Ashburton Mitchell was the same person as the Temuka Mitchell?

Thank you for the pics of the library card records for John Mitchell.I can see how the name BEAN could be mistaken for BEAU if the name was written in cursive script. I've re-checked my handwritten notes from 1983 and had the name Beau then BUT when I look closely I could have meant Bean. I checked on the St Mary's, Addington website and note that Walter S Bean was the vicar of the church for 41 years.

I don't know the geography of the Geraldine/Temuka/Ashburton area very well but I do know that William and Amelia were married at the Clarendon Hotel, Waihi Crossing, Geraldine in 1866.

William entered into partnership with Henry Turner and they bought the drapery business of John Velvin at Temuka in 1872. They opened a drapery store in Tancred Street West, Ashburton in 1874.

The 1877 electoral roll shows Temuka as being part of Electoral District of Geraldine. William Mitchell owned a house and section in the township of Geraldine at that time.

I'll revisit the lists of photographers on your website for Ashburton and district. I've found old postcards/photographs very useful in constructing the social history of the time frame in which I research. Sadly I have no photographs of William or Amelia Mitchell.

Can you suggest a local newspaper in which I could place an article about the Mitchell Family seeking help to find descendants of J T Mitchell?

I have established that John Thomas Mitchell died 2 March, 1942 in Wellington. His ashes were interred in Ashburton on 5 March, 1942.

Thanks David for that information, its very much appreciated.