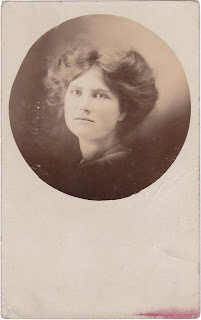 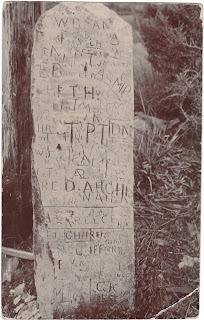 It will be interesting to our readers and others to know that the Talma Studio in Tainui street, is not going to pass out of existence. Just the opposite. It is going to be put on a more substantial footing and with this end in view it has been taken over by Mr. F. J. Parkinson (of Parkinson and Co., chemists and photo dealers) and Miss Bertha Johnson (late with Mr. J. Ring). The premises have had a thorough renovating and will be open for business on Saturday next, August 8th. Miss Johnson will officiate "behind the lens" and with the additional facilities provided for the comfort and convenience of patrons the new studio should soon become well known. The proprietors extend an invitation to the public to visit the studio.- Grey River Argus, 1 Aug 1908, Page 2 above: "To Dear Auntie With Love From Dolly."

The premises in the upper story a McDonnell's Buildings Tainui street are to day being re-opened as the Mascotte Studio. The rooms have been altered and renovated and are now most convenient and comfortable. Miss Bertha Johnson for many years with Mr. J. Ring is in charge and patrons of the new photographic studio will be heartily welcomed. - Grey River Argus, 8 August 1908, Page 2 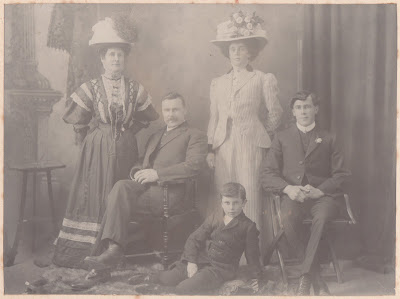 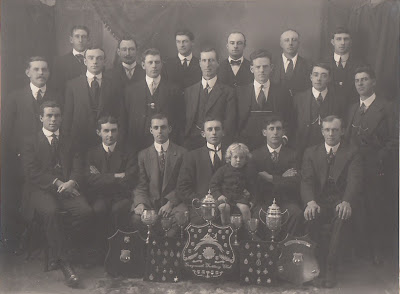 Officials of the Star Football Club, 1914.
Trophies and Medals won by Star members 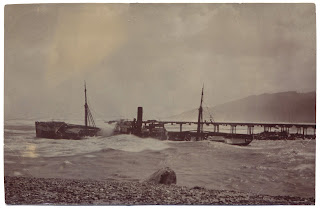 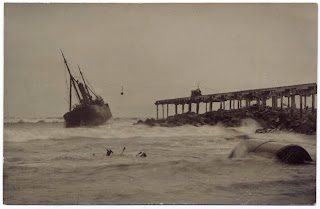 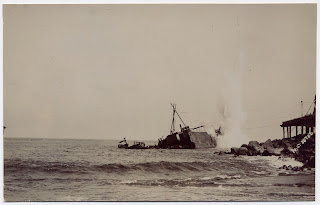 The s.s. Hawea, 1114 tons, with 703,000 feet of white pine for Launceston and Adelaide hit the northern breakwater.

Post cards of the Hawea wreck are now obtainable at the Mascotte Studio. the views show the position of the ill-fated vessel from various positions the waves dashing over her and the rescue of the crew on the life line from the North tiphead. Views 1s 6d each. post cards sixpence. - Grey River Argus, 2 November 1908, page 2. (Papers Past)

Miss Bertha Johnston, who manages the Mascotte Studio, has scored a success, in her pictures of the ill-fated Hawea, and has, proved beyond doubt that she thoroughly understands the art of photography. Yesterday there was displayed in Messrs Parkinson and Co’ s window a half dozen enlargements of the wreck, and the work, was favourably commented upon by many admirers. Post-cards, of different positions of the steamer are being retailed out in great quantities. - Grey River Argus, 6 November 1908, Page 2 (Papers Past)

below: this embossed Mascotte Studio postcard of the s.s. Hawea was sold by the Greymouth Stationer A. E. Kilgour. 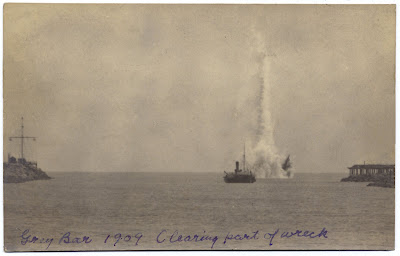 above: clearing the wreck from the Grey River Bar in 1909.

During the holidays, visit the Mascotte Studio if you require a really artistic photo. The studio is fitted up in with all modern requirements, and satisfactory work is guaranteed. Samples of the work produced may be seen in the studio vestibule and in the show window of Parkinson and Co, chemists Tainui Street. Miss Johnson, a skilled operator is in attendance, and will be pleased to make arrangement for family or wedding groups or photos of any kind. - Grey River Argus, 24 December 1909, Page 2 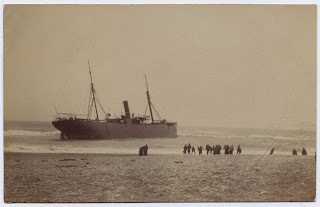 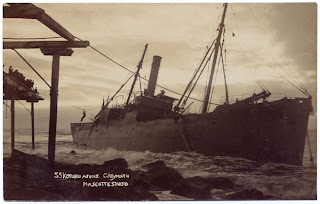 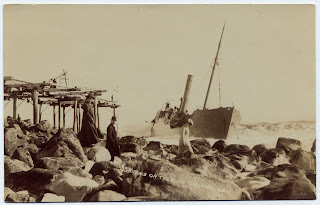 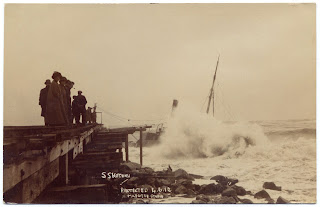