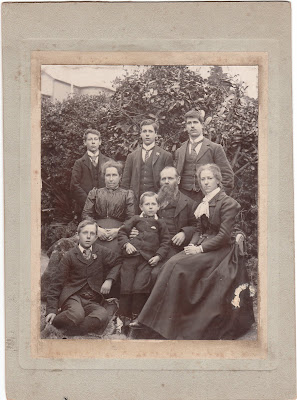 Posted by Early Canterbury Photography at 1:26 AM

George Hicks was my great great uncle. I have much more info on him and hsi life if you are interested in expanding these comments. Cheers....

yes, please, anything would be very much appreciated.

George Henry Hicks was born in Mosgiel, Otago around 1870.

He worked firstly as a wool classer but studied journalism at night school in Dunedin, and became a photojournalist (New Zealand’s first?) for the Otago Witness after learning photographic techniques from his wife Sarah, who had studied photography in Melbourne, Australia.

The family moved to the Dunedin suburb of Ravensbourne from Mosgiel, and George purchased a small newspaper in Patea, in the Taranaki.

George worked as a journalist and photographer throughout New Zealand and traveled with Prime Minister Richard Seddon around the Pacific. On Aututaiki (Cooks) Hicks was cut by coral and developed pernicious anemia, which seriously affected his subsequent health and his moods. He developed a fearsome temper, having always been intolerant of laziness and fools.

George Hicks played the cornet and had a good singing voice. He is remembered as an expert horseman, crack-shot, capable sailor, skilled bushman, and woodturner.

These accurate notes are drawn from Hicks Family records.