Mr Parker has sold his photographic business to Mr J. F. Macedo, of Dunedin. Mr Macedo intends having a vestibule made for the display of pictures, and has brought all the latest photographic appliances, and that the work turned out at the Imperial Rooms is not likely to deteriorate. Of the improvements to the premises we shall be able to speak later on, when they have been completed.


Mr J. F. Macedo, who recently took over Mr Parker's photographic business in Gore, has converted the Imperial Portrait Rooms into the Elite Gallery, and improved the premises out of all recognition. Gore can now boast of a properly-conducted photographic studio, and the pictures turned out will compare favorably with those of any establishment in the colony. An attractive sign has been placed over the door, and on the invitation to "walk up and inspect" being taken advantage of, show cases containing excellent portraits of many well-known residents are to be found, besides several specimens of enlargements. These latter are a specialty of Mr Macedo's and are taken in any style. There is a nicely arranged dressing room, and the studio itself is now completely appointed, while those are the usual mysteries of "dark" and "finishing" rooms, etc. The premises were decorated by Mr Allen, and the work reflects all sorts of credit on him, Mr Macedo's enterprise will no doubt meet with its reward, as it certainly deserves to. Those who desire to "secure the shadow ere the substance fades" should make an appointment with the proprietor of the Elite Gallery, and they are not likely to be disappointed.


Meetings of Creditors.
__ ESTATE OF J. F. MACEDO, PHOTOGRAPHER, GORE. A meeting of creditors herein was held yesterday afternoon, the Deputy Official Assignee presiding. There was not a quorum of creditors, but the Chairman intimated that be would read the statement, hear the debtor, and afterwards allow creditors to put questions. Following were the unsecured creditors :—

The assets comprised stock in trade, L20; book debts, L10; furniture, L1 10s — Total L31 10s, thus showing a deficiency of L88 18s 5d. The debtor under examination said he had first of all been in Dunedin for a short period; afterwards he came to Gore, with no capital but with a desire to make a good turn over. His expectations had not been realised. He had been here about 2 1/2 years. He paid his way for the first two years, but had nothing to put by. He had had bad luck with his agents during the last six month: they had taken orders at underprice — not sufficient to pay for material. He had been forced to file through a sale being advertised, illegally he believed. There were no assets other than those mentioned in the statement. If allowed to carry on he could have pulled affairs together. The debts he owed were mostly only about three months due. He paid 12s a week as rental for the shop. His annual turnover was Ll20 or less. To questioners, the debtor explained various transactions, and there were some passages-at-arms between him and unproved creditors. The only ray of wit was Mr W. P. Craig's objection to interruptions of Mr Neave; he would not be deprived of his say because Mr Neave might think himself a Samson with the jaw of an ass, trying to smite as he thought a Philistine.


The opening of a second photo studio in Gore is announced. Mr Muir, of Invercargill, has taken the premises lately occupied by Mr Macedo, and secured as his manager thereof Mr R. Rodgers, formerly with Burton Bros., Dunedin. The window display to be shortly made will speak as to the artist's ability - and the public will then be invited to give their verdict. 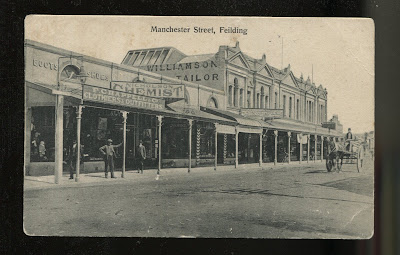 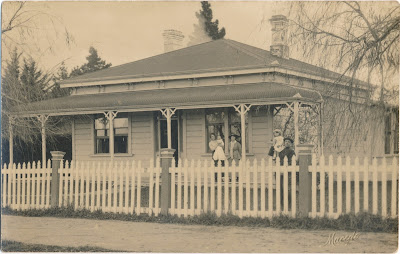 Posted by Early Canterbury Photography at 12:40 AM