R. J. NICHOLAS; In thanking his Friends at Tokomairiro and surrounding districts for their liberal support hitherto, begs to inform them that his Brother has just arrived from London, with a new set of the best photographic instruments, &c, obtainable, by which he is able to supply all kinds of Portraiture at Dunedin prices; and, as his brother has joined him in business, they will be able to attend to in and out-door orders at the came time, on the shortest notice. NICHOLAS BROTHERS. 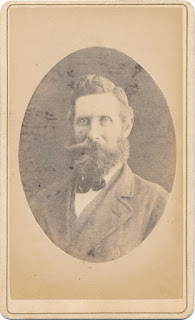 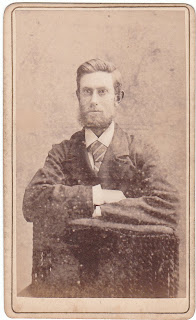 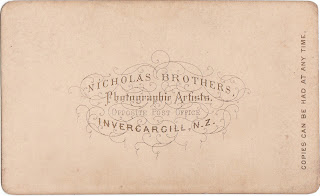 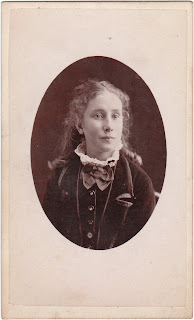 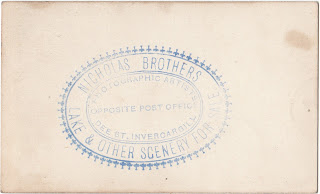 Photographs of His Excellency and his Aides-de-camp.— We have been shown by Messrs Nicholas Brothers, photographs of His Excellency the Marquis of Normanby, and of his aides-de-camp Lord Hervey Phipps and Lieutenant Le Patourel. The artists have succeeded in producing likenesses faultlessly true to the originals, and the portraits possess a distinctness of expression which is not always attainable. The Governor's good-natured face is portrayed (sic) with particular truthfulness. Lord Hervey Phipps and Lieut. Le Patourel have been taken together and also separately, and in both cases the photographer has succeeded in producing fine portraits.


There passed away at Rakaia on Wednesday, February 9, a very old and respected citizen of Invercargill in the person of Mr James Martyn Nicholas, at the ripe age of 83 years. He was born at Coombe, St. Stephen, Cornwall, England, on August 2, 1833, and at fourteen years of age he worked in one of the mines there with his father.

Leaving at the age of 24 years he came to Creswick Creek, Ballarat, remaining in Victoria six years. In 1863 he arrived in New Zealand and went to Naseby and the Shotover, mining on the goldfields. He afterwards went into a photographic business with his brother and carried on this class of work till 1867 when he left for his native land, Cornwall, going into a bakery business. Selling out he afterwards bought shares in the China clay works in Cornwall. In 1869 he left for New Zealand, this time proceeding to Milton, where he joined his brother in the photographic business, travelling Otago and Southland.

In 1873 he left once more for Cornwall, England, where he married, leaving in 1880 with his wife and three of a family for New Zealand, arriving in December of that year, and with his brother Richard, still continued in the photographic line, subsequently joining Mr William Dougall as "Nicholas and Dougall.” Shortly afterwards they were burnt, out. The studio was situated above L. Rodgers’ shop, where Wesney Bros, are now situated. He then started on his own account.

He was well known all over Otago and Southland for his work. He later took up a farm at Colac. Bay, where he remained for a number of years, finally selling out. During the last few years he has been spending the evening of his life amongst his married sons and daughters. His wife pre-deceased him some eight years ago. Mr Nicholas, who had been connected with the Leel street Church, leaves three sons and two daughters to mourn his loss, namely, Mrs T. R. Anderson (Fiji), Mrs Wm. Lee (Rakaia), Messrs H. and A. J. Nicholas (Christchurch), and Mr C. C. Nicholas (Orepuki).
Southland Times, Issue 17655, 12 February 1916, Page 7

Interested to read about the Nicholas Brothers thanks. I have a cdv of a mother and three children taken by Nicholas Brothers early 1870s with a different logo than what you so far have on the blog entry. Would you like a copy for your records?

thank you Peter, it will be good to see it. Regards Tony - trenoweth@xtra.co.nz