This address shown as Great Hampton Street rather than Great Hampton Road was also the location of his studio, it appears therefore that the family lived in accommodation above the photographic studio.

In 1881 the census shows Thomas Attwood, photographer residing at 26 Snow Hill, Birmingham. He was then aged 47 years, his wife Julia was aged 48 years and his son Thomas Reginald Attwood aged 16 years is a carver and gilder . Two further children Maud Louisa and George Rinaldo Attwood are shown. The daughter Florence from the previous census is not shown. 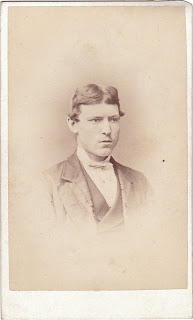 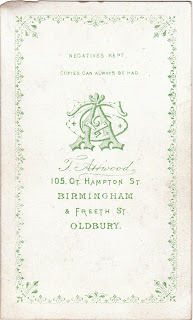 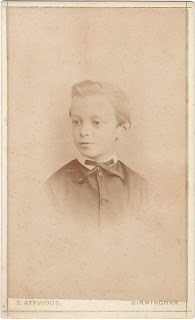 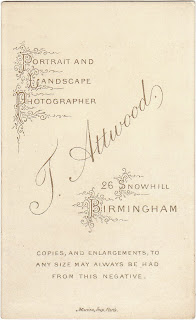 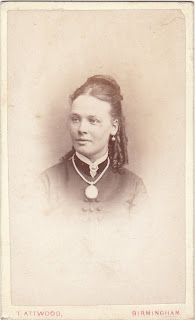 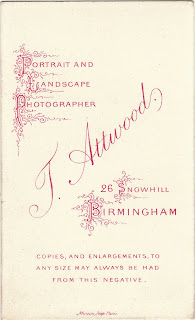 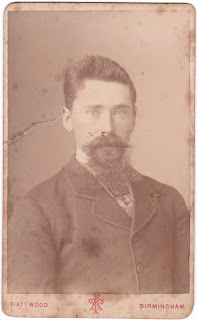 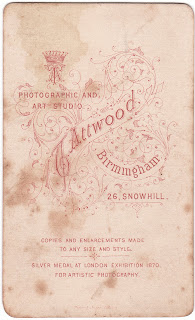 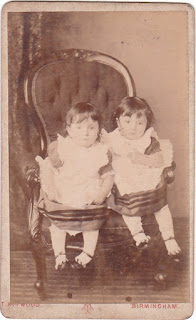 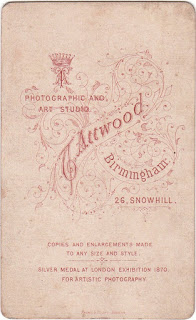 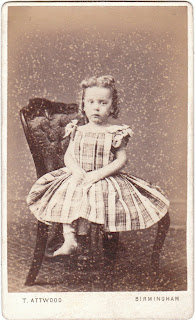 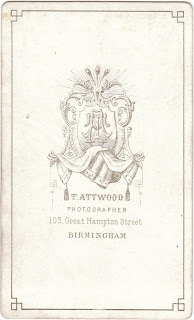 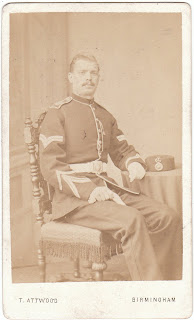 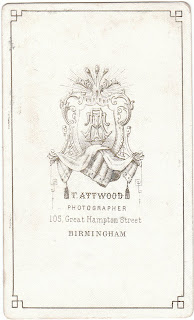 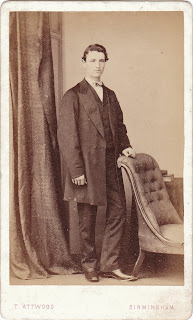 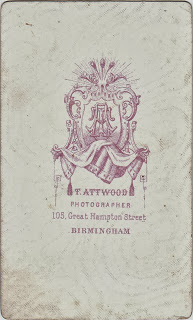 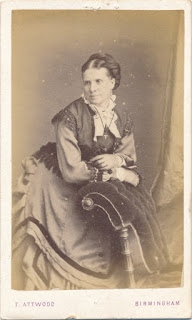 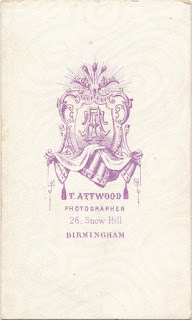 
Working Men's Club.— A handsome gift has been made to the Christchurch Working Men's Club by Messrs Attwood and Co., photographers, who have presented a framed set of cabinet photographs of the President, Committee and officers of the Club. The likenesses are, in all cases, very good, and, from an artistic point of view, the photographs are excellent. It is probable that the frame will be hung in the social hall of the Club.
Star, Issue 6355, 28 September 1888, Page 3

Picnic. — The choir of the Durham street Wesleyan Chapel held their annual picnic on Thursday at Mr Bashford's paddock, Harewood road, being conveyed there in two of Lamb's commodious drags. A most enjoyable day was spent, cricket, lawn tennis and sundry other games being pursued with considerable vigour. The day's enjoyment wound up with an al fresco concert, consisting of glees, part songs, &c. The party returned to town about 8.30. During the day the choir were photographed as a group by Mr Attwood, a member of the choir.
Star, Issue 6455, 26 January 1889, Page 3

An enlarged photograph of the late Dr Deamer, executed by Messrs Attwood and Co., and corresponding in size to those already in the Lodgeroom (Loyal City of Christchurch Lodge), of the late Drs Iliffe and Campbell, was uncovered. Members present all agreed that the photographers had succeeded in producing a life-like and artistic picture...
Star, Issue 6558, 29 May 1889, Page 1

Attwood and Co. (Thomas Attwood and Thomas Reginald Attwood), Artists and Photographers, Gilders, and Picture Framers, The Square, Palmerston North. Private residence, George Street. Both partners his from Birmingham, where Mr. Attwood, senior, learned his business. In 1871 he took a silver medal against all England at the Agricultural Hall for photographs, Mr. T. R. Attwood studied are at the Birmingham School of Art. Both came to New Zealand by ship “Crusader,” in 1883. Previous to leaving for the Colony, Mr. Attwood, senior, was for fifteen years in business in Birmingham. On arrival in New Zealand the firm commenced business in Christchurch, where they continued till 1891, when they removed to Palmerston North. The leasehold premises occupied extend to 1400 square feet, and contain a show-room, where excellent specimens of work are exhibited, a large and well lighted studio, ladies' waiting-room, and other apartments required. Mr. T. R. Attwood has recently painted a remarkably fine background for the studio, which is well adapted for the business. Messrs. Attwood and Co. are direct importers of photographic goods and chemicals. They execute all kinds of photography in first-class style, their enlargements being really splendid. The writer saw some excellent specimens of the firm's work, some really fine groups being well worthy of remark.
The Cyclopedia of New Zealand [Wellington Provincial District]

She was buried in Sydenham Cemetery, block 2E plot 70 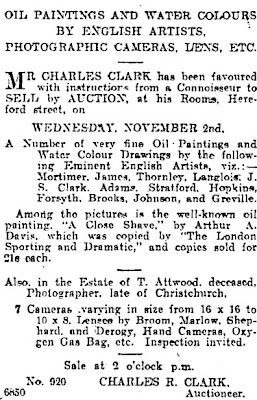 
Posted by Early Canterbury Photography at 1:12 AM